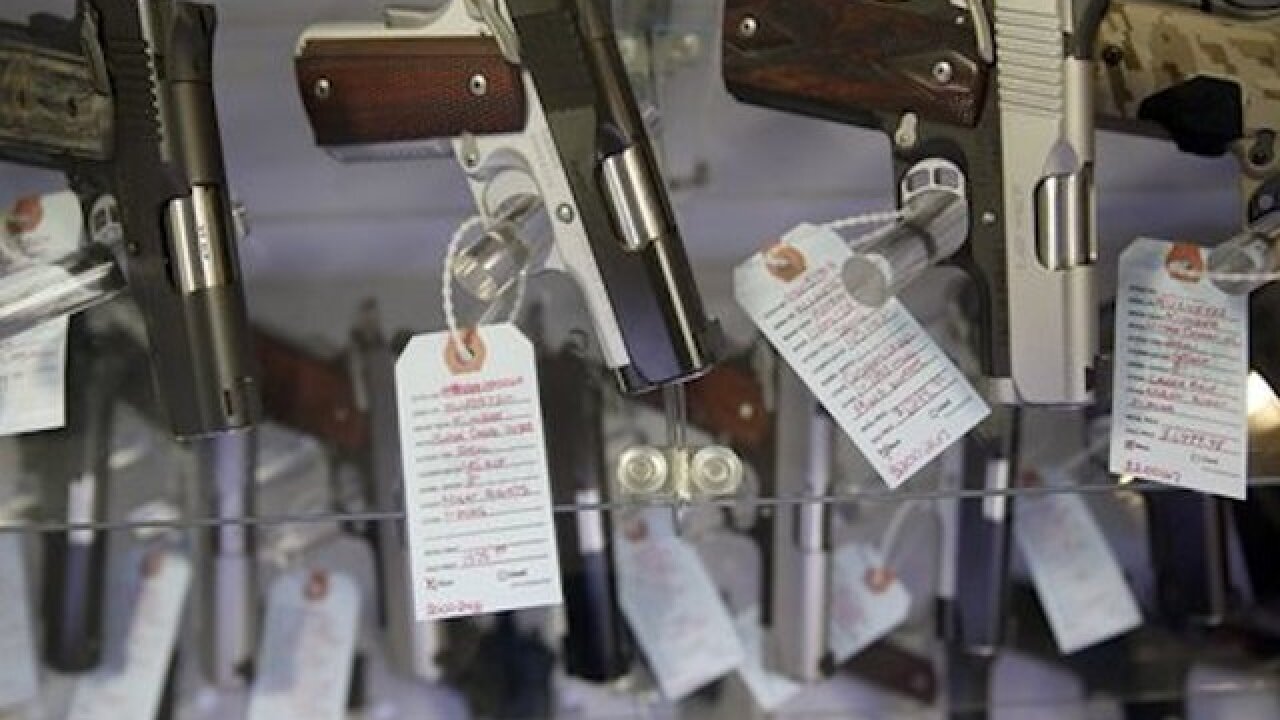 The agency said Tuesday that it processed 185,345 background checks — roughly two per second — on the same day that three people were killed and nine others wounded in an attack at a Planned Parenthood office in Colorado.

The FBI received about 5 percent fewer background check requests on Black Friday in 2014, the agency said.

FBI background checks processed by the National Instant Criminal Background Check System are conducted for gun purchases from federally licensed deals and for permits to carry guns. A background check does not mean a gun was purchased, but manufacturers rely on the background check statistics as a measurement of the industry's health.

The FBI started processing background checks for potential gun owners in 1998 as part of the Brady Handgun Violence Prevention Act.

The previous record for the most background checks in a single day was Dec. 21, 2012, about a week after 20 children and six adults were shot to death in a Connecticut elementary school. The week following the shootings at Sandy Hook Elementary School saw the processing of 953,613 gun background checks.

After the Colorado shootings, President Barack Obama again called for stricter limits on the availability of guns.

"Enough is enough," Obama said in a statement Saturday. He said the Planned Parenthood shootings showed the need to "to do something about the easy accessibility of weapons of war" for "people who have no business wielding them."

Robert Lewis Dear, 57, is accused of killing a local police officer and two others in the shooting rampage. He is expected to be formally charged later this month.