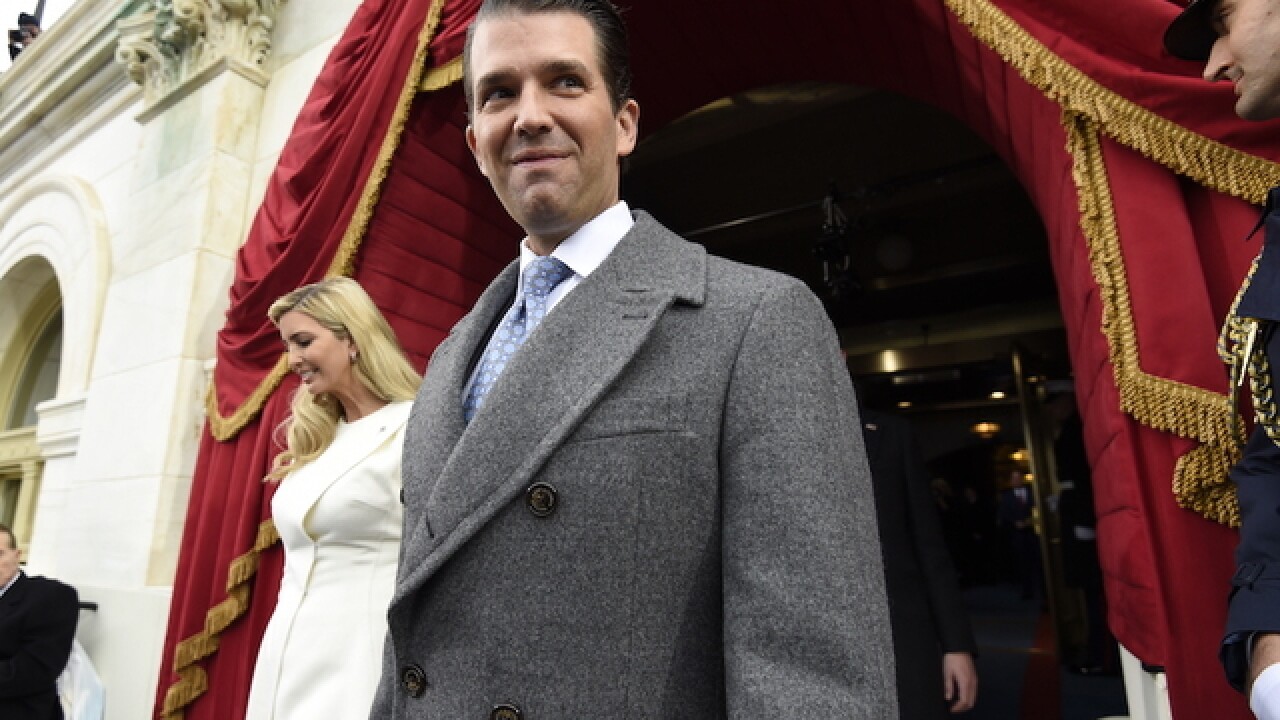 Trump Jr. has agreed to meet with the House Intelligence Committee as soon as next week, giving lawmakers their first opportunity to question President Donald Trump's eldest son over his contacts with Russians during the campaign season, according to multiple sources with knowledge of the matter.

Trump Jr.'s highly anticipated testimony, scheduled for December 6, comes as he has faced growing questions on Capitol Hill about the June 2016 meeting at Trump Tower where he met with Russian operatives after being promised dirt on Democratic presidential candidate Hillary Clinton.

Both the House and Senate Intelligence Committees have interviewed several of the participants in the meeting, including on Tuesday when the House panel questioned the Russian translator, Anatoli Samochornov, who also attended the Trump Tower session, sources said.

But Trump Jr.'s appearance will be one of the most anticipated events yet of the investigation, particularly in light of new revelations of correspondence he had with WikiLeaks during the campaign season.

Trump Jr.'s attorney declined to confirm or deny that his client would appear at next week's hearing, which is expected to occur behind closed doors. Trump Jr. has denied any wrongdoing.

Both Senate Intelligence Chairman Richard Burr of North Carolina and Senate Judiciary Chairman Chuck Grassley of Iowa -- both Republicans -- told CNN Monday that they had not yet scheduled a time to meet with Trump Jr.

The House panel is scheduled to hold a series of high-profile hearings over the next several days, including Thursday with Blackwater founder Erik Prince, who met with a Russian in the Seychelles in what was reportedly an effort to set up a Russian back channel with the Trump White House. Prince denied that was the purpose of the meeting and that he was there on behalf of Trump.

Also, the panel is expected to interview Attorney General Jeff Sessions this week over his contacts with Russians during the campaign season.

Rep. Mike Conaway, the Republican who is leading the House investigation, said Tuesday night that the committee had interviews with key witnesses scheduled through mid-December -- and he predicted the investigation would continue into next year. He was skeptical it could even conclude by the beginning of the midterm primary season in early 2018.

"No," Conaway said when asked if his panel would issue a report summarizing its findings by year's end. "That would be a surprise."