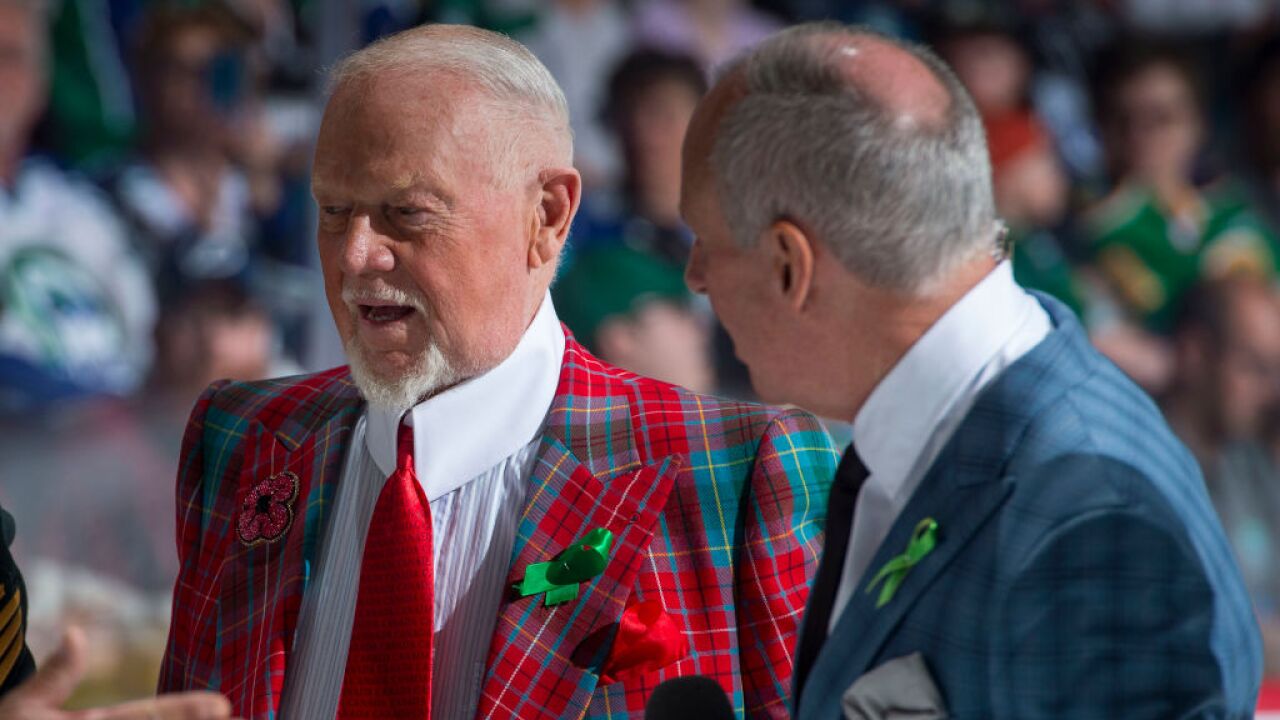 TORONTO -- Long-time hockey commentator Don Cherry has been fired by Sportsnet after anti-immigrant remarks made during "Hockey Night in Canada" on Saturday. The network confirmed the firing on Monday afternoon.

"Sports brings people together – it unites us, not divides us. Following further discussions with Don Cherry after Saturday night's broadcast, it has been decided it is the right time for him to immediately step down. During the broadcast, he made divisive remarks that do not represent our values or what we stand for," Sportsnet President Bart Yabsley said in a statement. "Don is synonymous with hockey and has played an integral role in growing the game over the past 40 years. We would like to thank Don for his contributions to hockey and sports broadcasting in Canada."

Cherry, 85, has been doing Coach's Corner segments on HNIC for decades, and on Saturday, said immigrants should buy poppies ahead of Canada's Remembrance Day.

“You people... love our way of life, love our milk and honey. At least you could pay a couple of bucks for poppies or something like that. These guys paid for your way of life that you enjoy in Canada,” Cherry said , according to a tweet with the video.

I have worked with Don for 30 years, and we both love hockey. But last night, I know we failed you. I see hockey as part of what unites us. I have the honour of travelling across our country to celebrate Canada's game, and our diversity is one of our country's greatest strengths.

The NHL also released a statement.

This story was originally published by Max White at WXYZ.