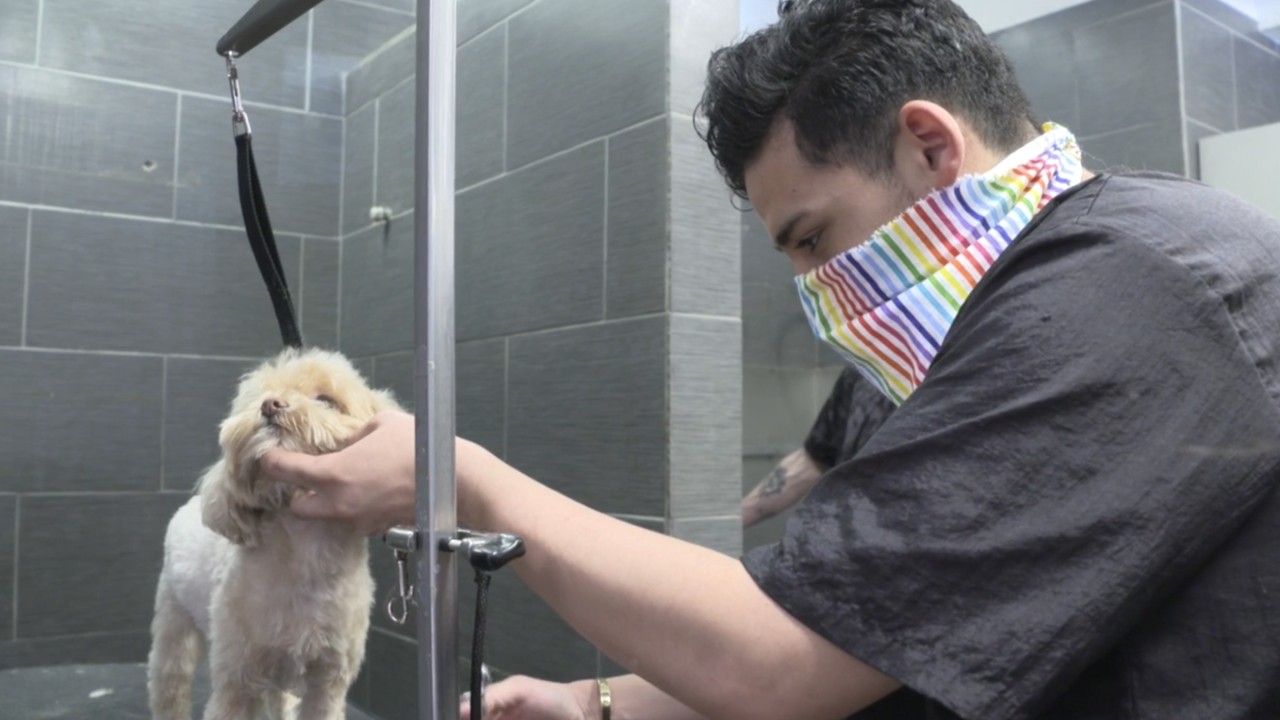 If you want to get your dog’s nails trimmed or hair cut, get in line because you may have to wait a while.

“We are backed up about a thousand dogs,” said Brad Taylor owner of Urban Dogg Uptown, a pet supply and grooming shop

Taylor says because his business wasn’t considered essential, he had to close his doors for seven weeks which forced him to furlough 80% of his staff.

“It was hard,” Taylor said. “We were very concerned about our staff. It’s taken a long time to assemble the grooming and retail staff here.”

With restrictions recently lifted, Urban Dogg is back in business just in time for shave down season.

“I wish I had been the first person to call because I had to wait another two weeks to get in,” said pet owner Sara who added she hasn’t groomed her dog Scotch since COVID-19 concerns hit in mid-March.

“We had situations where dog’s nails were growing into their pads,” he said. “We had dogs that were severely matted and struggled to performing bodily functions properly.”

“We are taking extra time here on each dog,” he said. “It also helps our groomers.”

Taylor says there’s been such an increase for these services that Urban Dogg is now looking to add extra groomers. He says workers can make a lot of money.

Taylor calls dog grooming an important trade while many customers are happy to get their dogs cleaned up.

“I’m really glad to get back and be able to give my business and my dog feels a lot better,” Sara said.

Urban Dogg is working to get caught up and hopefully serve everyone by end of June.