Did a delay in police response give shooter more time? 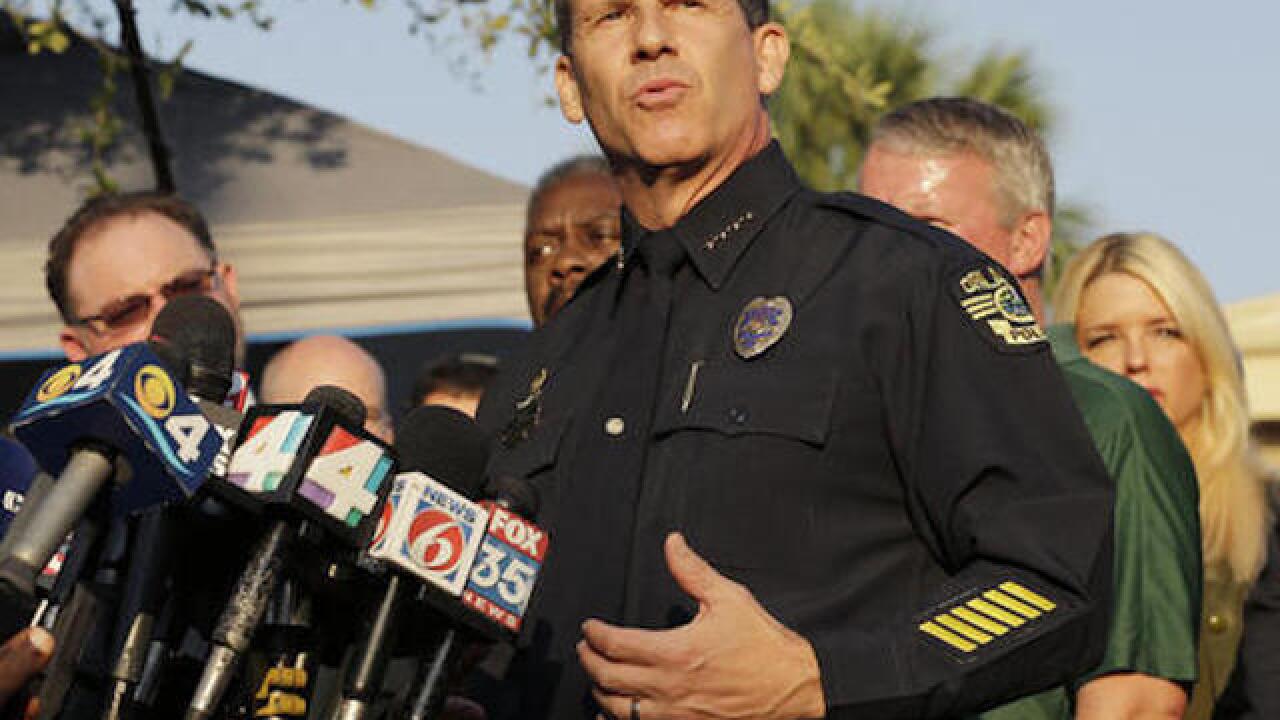 As the largest mass shooting in modern U.S. history began to unfold, an off-duty police officer working at a gay nightclub exchanged gunfire with the suspect. But three hours passed before one of the nation's most revered SWAT teams stormed the building and brought the attack to an end.

The decision by law enforcement to hold off on entering the club — where more than 100 people were shot, 49 of them killed — immediately raised questions among experts in police tactics. They said the lessons learned from other mass shootings show that officers must get inside swiftly — even at great risk — to stop the threat and save lives.

"We live in a different world. And action beats inaction 100 percent of the time," said Chris Grollnek, an expert on active-shooter tactics and a retired police officer and SWAT team member.

It's not clear yet what information authorities in Orlando had and how the decisions were made. But the answer to whether authorities made the right move by not going in more quickly may rest in two questions: Was this an active-shooter situation or a hostage crisis? And at what point did it pivot from one type of scenario to another?

In active-shooter situations, police are now trained to respond immediately, even if only one or two officers are available to confront the suspect. In a hostage crisis, law enforcement generally tries to negotiate.

Authorities were investigating the attack by gunman Omar Mateen as an act of terrorism. Witnesses described a chaotic scene when the gunfire began shortly before the club known as Pulse was to close. More than 300 people were inside.

The off-duty police officer who was working as a security guard just outside the club was the first to confront Mateen, who ran inside. Around dawn, a SWAT team forced its way into the club and fatally shot Mateen, authorities said.

Police tactics changed after the 1999 massacre at Columbine High School, where the first officers to arrive exchanged fire with the gunmen but then stopped and waited for the SWAT team. That took 45 minutes. By then, Eric Harris and Dylan Klebold had killed 12 students and a teacher.

At the time, the standard police practice was to set up a perimeter, wait for SWAT officers and then go inside. Authorities began to realize that the delayed response gave suspects more time to kill.

Experts point to other mass shootings where a delay in confronting the shooter probably gave the gunman time to maneuver and attack. A mass shooting in 1984 at a McDonald's in San Ysidro, California, offered one of the earliest lessons, with 21 people being killed and 19 wounded before a SWAT team killed the gunman about 45 minutes later.

Orlando Mayor Buddy Dyer said officers first thought Mateen had strapped explosives to the dead victims and that the club was booby-trapped. Police Chief John Mina said officers thought that Mateen had indicated he had a bomb vest.

The standoff appeared to have developed into a hostage situation, which could have persuaded law enforcement to hold off to avoid endangering captive civilians.

Incorrect or incomplete information is typical during police emergencies. And the gravity of the decisions is not lost on SWAT teams and their commanders. Civilian lives are at risk, along with those of police officers who are often outgunned by suspects.

"You have split seconds," said Thor Eells, commander of the Colorado Springs Police Department and chairman of the board of the National Tactical Officers Association.

Almost immediately after the shooting began, the nightclub posted a note on its Facebook page telling people to get out and "keep running."

Grollnek, a consultant who conducts active-shooter training for law enforcement, said that's another lesson from other mass shootings: Civilians can't expect to stay safe by heeding the old advice to hide or shelter in place.

"The problem is we're failing to evolve by learning the lesson that hiding does not work," he said. "Running works. Everyone who escapes to tell their story says, 'I ran away. I heard a noise on my left, and I went to my right and I got out.'"

But Grollneck reserved his anger for the police commanders in Florida who didn't allow SWAT team members to enter until several hours after the shooter began the attack.

"How have we failed so poorly that we did not learn our lesson ... when we see SWAT teams respond and not making entry creates victims," he said. "Period. End of story."