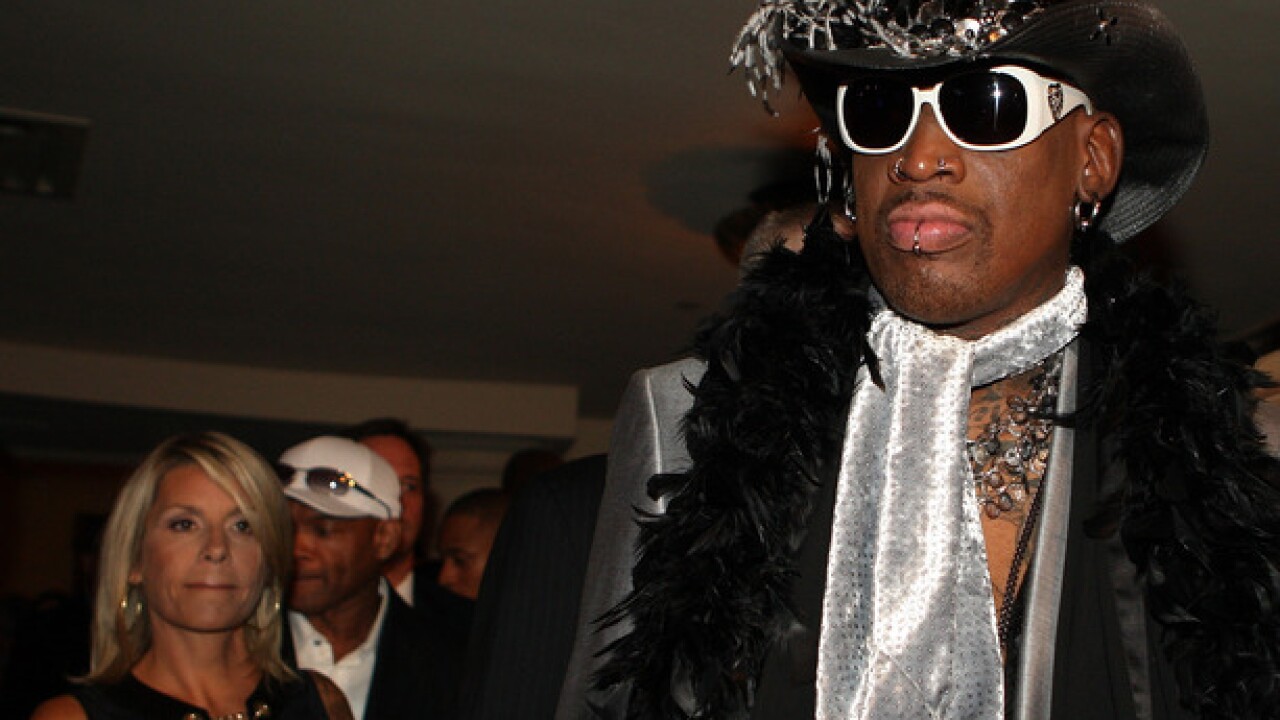 Basketball Hall of Famer Dennis Rodman was arrested in California on Saturday night and charged with driving under the influence.

Rodman was initially pulled over for a traffic violation in Newport Beach, according to Newport Beach police Lt. Rachel Johnson.

The 56-year-old failed a breathalyzer test given on scene, Johnson said, and was arrested and booked around 11:00 p.m. Rodman spent the night in jail and was released early Sunday.

He was completely cooperative, Johnson said.

Rodman has a history of alcohol abuse. He was required to attend an alcohol program in July 2000 after he pleaded guilty to driving under the influence. He also checked into a rehabilitation facility in January 2014.

Rodman's longtime agent Darren Prince told CNN Sunday he was flying back to the US from London and had not yet spoken Rodman, but said the former basketball player has "struggled openly with alcoholism the past 17 years."

"He's been dealing with some major personal issues the last month and I know it's time he checks back into a rehab center to work through them," Prince said.

"We ask for his fans and others to pray for him because he's such a great person when he's sober and deserves to be happy with all the joy he gave his fans when he played in the NBA," he continued. "Now it's time for him to rebound in life."

The five-time NBA championship winner in recent years has been less known for his storied basketball career than his friendly relationship with the leader of North Korea, Kim Jong Un, having travelled to the country multiple times for what he calls "basketball diplomacy."

Rodman last visited North Korea in June 2017 at a moment of heightened tension between the US and Pyongyang.