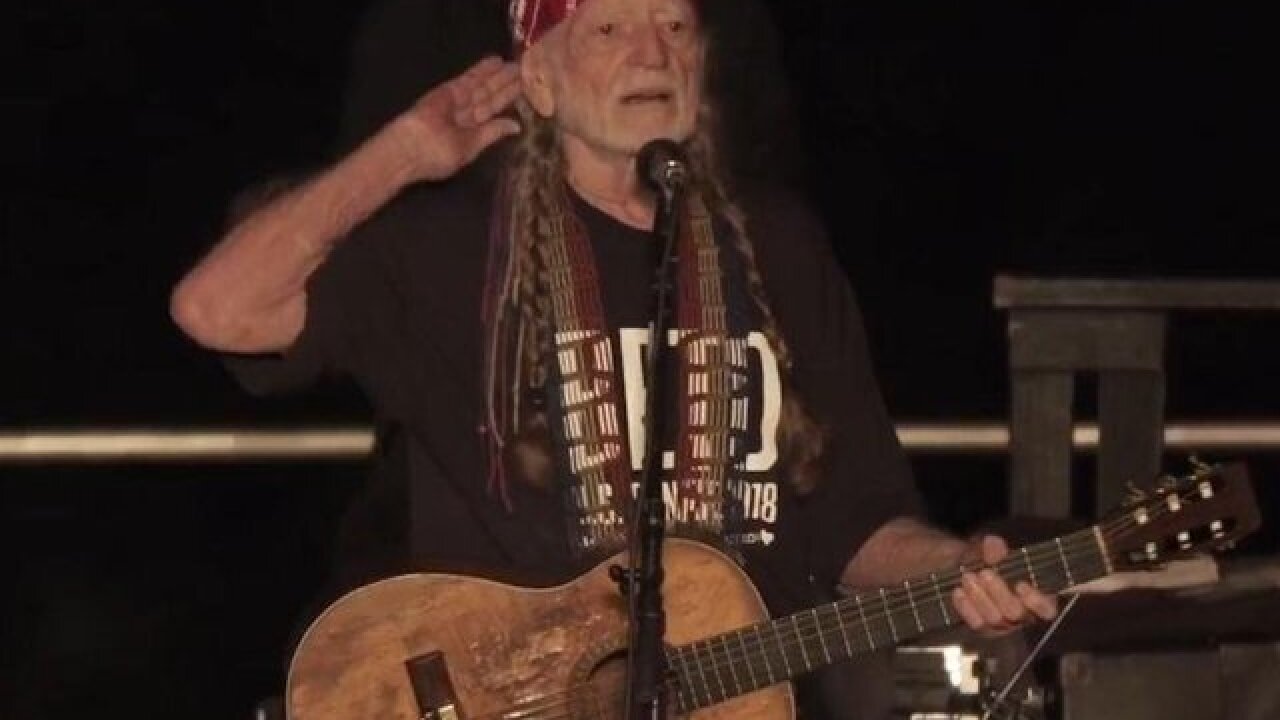 Country music legend Willie Nelson debuted a new election-themed ditty at a Texas rally for Senate candidate Beto O'Rourke on Saturday night, urging those in attendance to "Vote 'Em Out."

Wearing a "Beto for Senate 2018" shirt and playing his trusted guitar Trigger, Nelson took the outdoor stage after a speech by the Democratic candidate before a large crowd in Austin.

Nelson played several country favorites, including "On the Road Again," with O'Rourke, and then sang the new song -- whose lyrics have a straightforward message for November.

and when they're gone we'll sing and dance and shout.

And we'll bring some new ones in,

and they will start to show again

O'Rourke, a congressman, is seeking to unseat Republican US Sen. Ted Cruz in what has for decades been a reliably conservative state. Polls have shown a surprisingly close race between the two, causing Republicans to sweat the election more than usual.

The rally was billed as "a night with Willie and Beto" to better get out the vote for O'Rourke. Both the singer and the politician are in favor of decriminalizing marijuana, among other issues.

"If we're going to win and elect Beto to the Senate, we need Texans to vote for him! And what's more Texan than Willie Nelson? (Nothing!)" the event details said.

After singing "Vote 'Em Out," Nelson closed his set with a shoutout to his favored candidate.

Listen to the whole song below.