Ohio 12 special election: No plan for O'Connor to concede in tight race 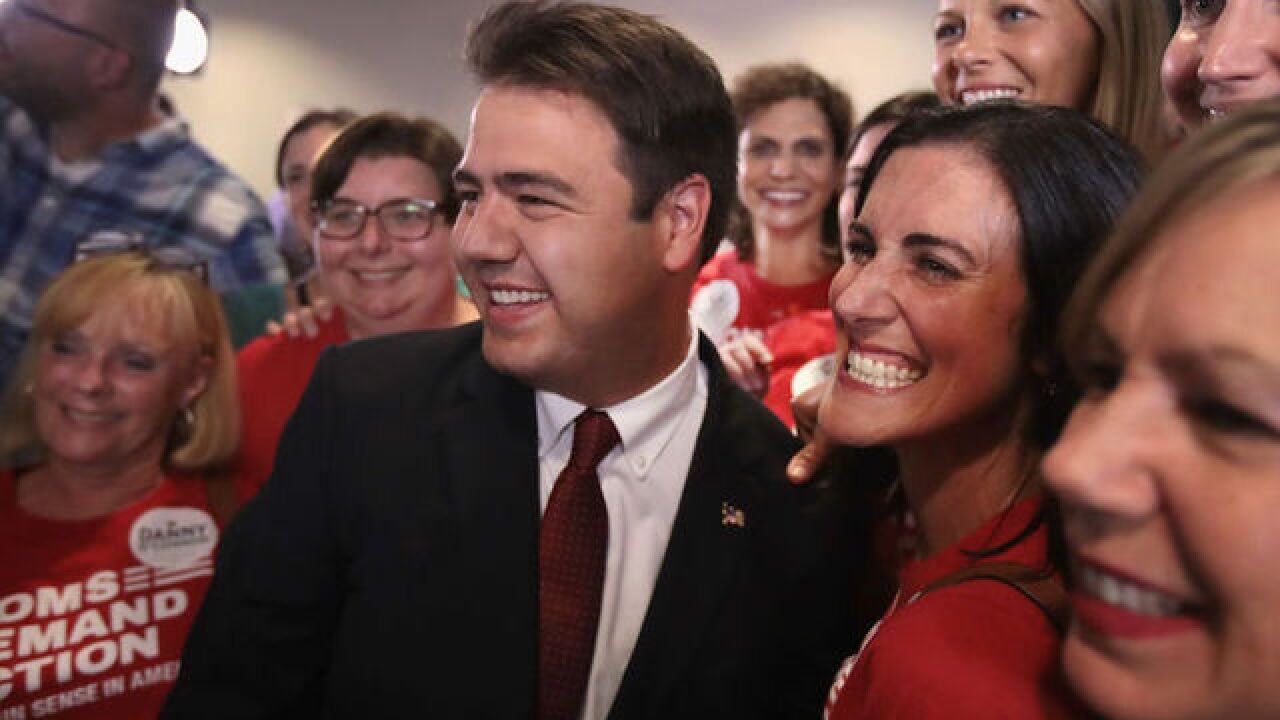 Image copyright 2018 Getty Images. All rights reserved. This material may not be published, broadcast, rewritten, or redistributed.
Scott Olson
<p>Ohio Democratic congressional candidate Danny O'Connor greets supporters at an election-night rally on August 7, 2018 in Westerville, Ohio. With 99 percent of the vote in and less than 1 percent of the votes separating the candidates, the race between O'Connor and Republican challenger Troy Balderson was too close to call by the time the rally ended. Balderson held onto the slight lead as the evening ended. </p>

Democrat Danny O'Connor has no plans to concede the special election for the Ohio 12th Congressional District to Republican state Sen. Troy Balderson until all provisional and absentee ballots are counted, his campaign manager tells CNN.

Annie Ellison, O'Connor's spokeswoman and campaign manager, says the campaign is confident that the thousands of ballots left to count could bring the margin within .5 percent, a split that would trigger an automatic recount.

"There is totally enough of a chance that out of the ballots that are left there are enough to go for Danny and bring us within the .5 needed for an automatic recount," Ellison said.

"We are going to do our due diligence," she added, arguing that now is not the time for O'Connor to concede or talk with Troy.

With all early- and Election-Day-votes counted on Tuesday night, Balderson led by 0.9 percentage points. However, the Ohio secretary of state reported there are 8,483 outstanding absentee and provisional ballots left to count -- much more than Balderson's 1,754-vote lead.

The two candidates did not talk at all Tuesday night and no calls were made Wednesday morning. O'Connor spent the morning calling his "super volunteers" to thank them for all their work and get them ready to work more before November, Ellison told CNN.

"We just got the most actuate poll of what we have to do for November and I am confident we can execute that," Ellison said. "We feel like it is half time and the first half isn't over yet but we have to start to focus on the second half."

President Donald Trump and Vice President Mike Pence campaigned in the district, which spans north and east of Columbus, in an effort to get Republicans to vote for Balderson.