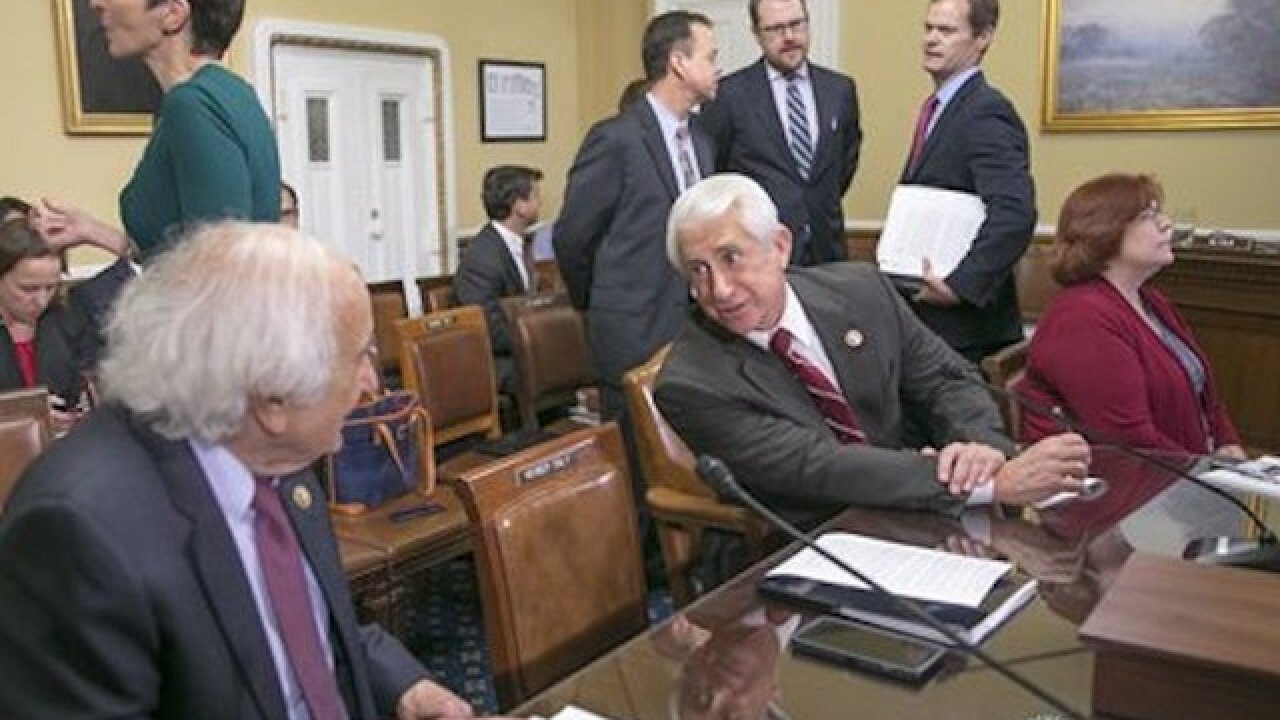 WASHINGTON (AP) — Congress sent President Barack Obama a short-term spending bill to keep the government open through next Wednesday as lawmakers and the White House rushed to finalize a $1.1 trillion government-wide spending bill and a sprawling tax package.

The measure was approved by voice vote Friday hours ahead of a midnight deadline. The bill will give Congress and the administration more time to complete negotiations.

Dozens of issues remain unresolved, most of them policy disputes over environmental and other issues that lawmakers of both parties are trying to attach to the must-pass spending legislation. Republicans are seeking to lift the oil export ban and roll back various Obama administration regulations; Democrats are maneuvering to protect Obama's environmental rules and enact permanent tax credits for wind, solar and other renewable energy.

Under current law, government funding expires Friday at midnight, when the last short-term spending bill expires. The Senate agreed by voice vote and without debate Thursday to extend that deadline through Wednesday Dec. 16 to allow more time for talks. The House was expected to follow suit Friday, but Ryan allowed that even more time might be needed.

"I'm not going to put a deadline on it," he said. "I want to make sure that these negotiations are done well and done right, and not by some arbitrary deadline."

Earlier, Ryan assured lawmakers from Northeastern states that legislation extending health benefits and a compensation fund for 9/11 first responders would be made part of the spending bill. The spending legislation, which funds the government through the 2016 budget year, has become increasingly intertwined with the tax bill, which could deliver a political victory for both sides.

Uncertainty remained as to whether lawmakers would pull off a major tax bill with permanent extensions benefiting both sides, or simply opt for a two-year extension of existing tax breaks. With Congress' legislative year drawing to a close, lawmakers were eager to finalize their work and head home for the holidays.

The two-year budget and debt deal passed earlier this year set the overall spending levels, but that left it up to the powerful Appropriations Committee to allocate the money ahead of the deadline for a partial government shutdown. The final areas of contention are the so-called "riders," the policy issues that lawmakers like to add to must-do bills.

Sen. Barbara Mikulski of Maryland, top Democrat on the Senate Appropriations Committee, said negotiators were down to about 40 riders after starting with 202. She contended Democrats proposed just a few, "and ours were very reasonable."

House Democrats, who've sought to draw attention to their push for gun control legislation in the wake of recent mass shootings, emphasized a new demand during the day as they announced their opposition to any bill that doesn't undo a longstanding provision that has been interpreted to block the Centers for Disease Control from conducting research on gun violence.

"My understanding from them is they need Democratic votes to pass it. So we will have to come to terms to do that," said House Minority Leader Nancy Pelosi of California. "Don't expect us to vote for a bill that has a ban in it. Take the ban out."