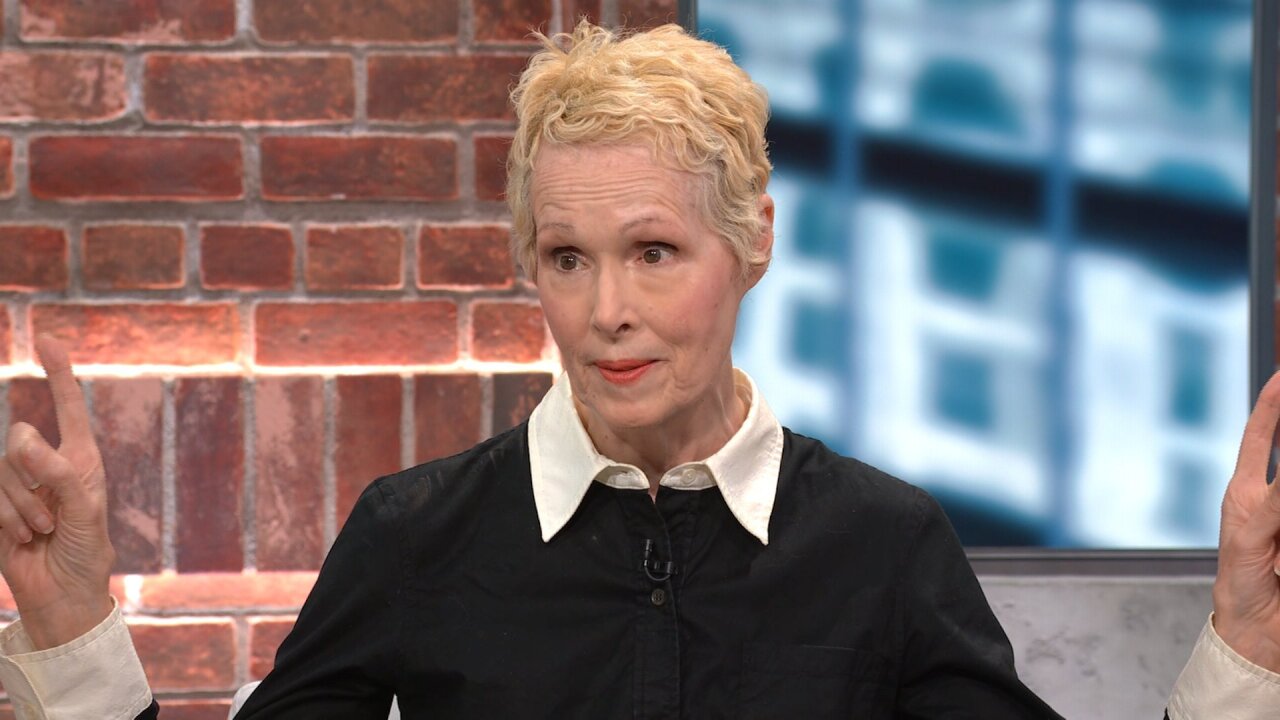 Longtime magazine columnist E. Jean Carroll on Monday sued President Donald Trump for defamation over what she says were his lies denying her public accusation in June that he sexually assaulted her in the 1990s.

The lawsuit, which includes a detailed account of the incident in which Trump allegedly raped Carroll in a dressing room at luxury Manhattan department store Bergdorf Goodman, was filed in New York state Supreme Court.

After Carroll went public with her account earlier this year, initially through a book excerpt in New York magazine, Trump denied the incident had occurred, calling it "totally false." Trump said of Carroll that he "never met this person" -- responses the lawsuit filed Monday says were "false" and "defamatory."

White House press secretary Stephanie Grisham on Monday suggested Carroll herself was lying. "Let me get this straight -- Ms. Carroll is suing the President for defending himself against false allegations? I guess since the book did not make any money she's trying to get paid another way," she said. "The story she used to try and sell her trash book never happened, period."

Marc Kasowitz, an attorney for Trump, did not immediately respond to a request for comment.

Carroll's lawsuit comes as a similar case is making its way toward trial in the same court. Summer Zervos, a former contestant on the Trump-hosted TV show "The Apprentice," sued Trump for defamation in 2017 after she accused him in October 2016 of sexually assaulting her in 2007. Both Trump and Zervos have agreed to be deposed in the matter by the end of January, according to a court filing on Friday.

Kasowitz, Trump's attorney in the Zervos case, has said her claims are "entirely meritless and not corroborated by any documents."

In her lawsuit, Carroll, an advice columnist for Elle magazine, retells her account of the alleged rape after encountering Trump as she exited Bergdorf's between the fall of 1995 and spring of 1996. "Hey, you're that advice lady!" he said to her, according to the lawsuit. "Hey, you're that real estate tycoon!" she replied.

According to the lawsuit, Trump implored her to help him find a present for "a girl," and Carroll agreed to advise him, going back inside the store, where Trump suggested they head to the lingerie department. Noticing a "lilac gray" bodysuit, Trump suggested Carroll try it on, and after some teasing between the pair, he guided her toward the dressing room, the lawsuit says.

Once in the dressing room, Trump "lunged at Carroll, pushing her against the wall, bumping her head quite badly, and putting his mouth on her lips," according to the lawsuit. Carroll shoved him back, at which point Trump pushed her against the wall again and "jammed his hand under her coatdress and pulled down her tights," the lawsuit says.

"Trump opened his overcoat and unzipped his pants. Trump then pushed his fingers around Carroll's genitals and forced his penis inside of her," the lawsuit says.

Carroll resisted, eventually pushing him off with her knee, allowing her to run out of the dressing room and exit the store, according to the lawsuit.

Carroll asserts in the lawsuit that she hasn't had sex with anyone since the day Trump allegedly raped her.

As she did in June, Carroll says in the lawsuit that she confided in two friends in the days after the alleged assault, but didn't go to the police or make any public accusations until she decided to write a book, "What Do We Need Men For?: A Modest Proposal," published in July.

When she went public with the story over the summer, Carroll also described having relayed the incident to two close friends, who confirmed their accounts to New York magazine. At the time, one of those friends, who asked to remain anonymous, spoke to CNN and recalled Carroll describing the alleged attack soon after it occurred.

Although the excerpt of the book published online in New York magazine on June 21 didn't name Trump, the headline did, and the excerpt included numerous identifying details. In response, Trump issued a statement at the time, saying, "I've never met this person in my life. She is trying to sell a new book -- that should indicate her motivation. It should be sold in the fiction section."

He made several other public statements denying the claims and suggesting she was motivated by money or other factors, and in an interview with The Hill a few days later, he told a reporter: "I'll say it with great respect: Number one, she's not my type. Number two, it never happened. It never happened, OK?"

In the lawsuit filed Monday, Carroll asserts his statements about her "were published with knowledge of their falsity and/or with reckless disregard for the truth," pointing out that at the time of the alleged assault, Carroll appeared daily on TV and that the two "moved in the same highly publicized New York City media circles."

As a result of Trump's assertions about her, she says, she has suffered professional harm to her advice column, losing "the support and goodwill of many of her readers." Carroll claims that her column depends on reader letters soliciting her advice, and that during July, August and September, she received roughly 50% fewer letters than she did during the same period in 2018.

Carroll's lawsuit asks Trump to "retract any and all defamatory statements" and pay damages in an amount to be determined at trial.