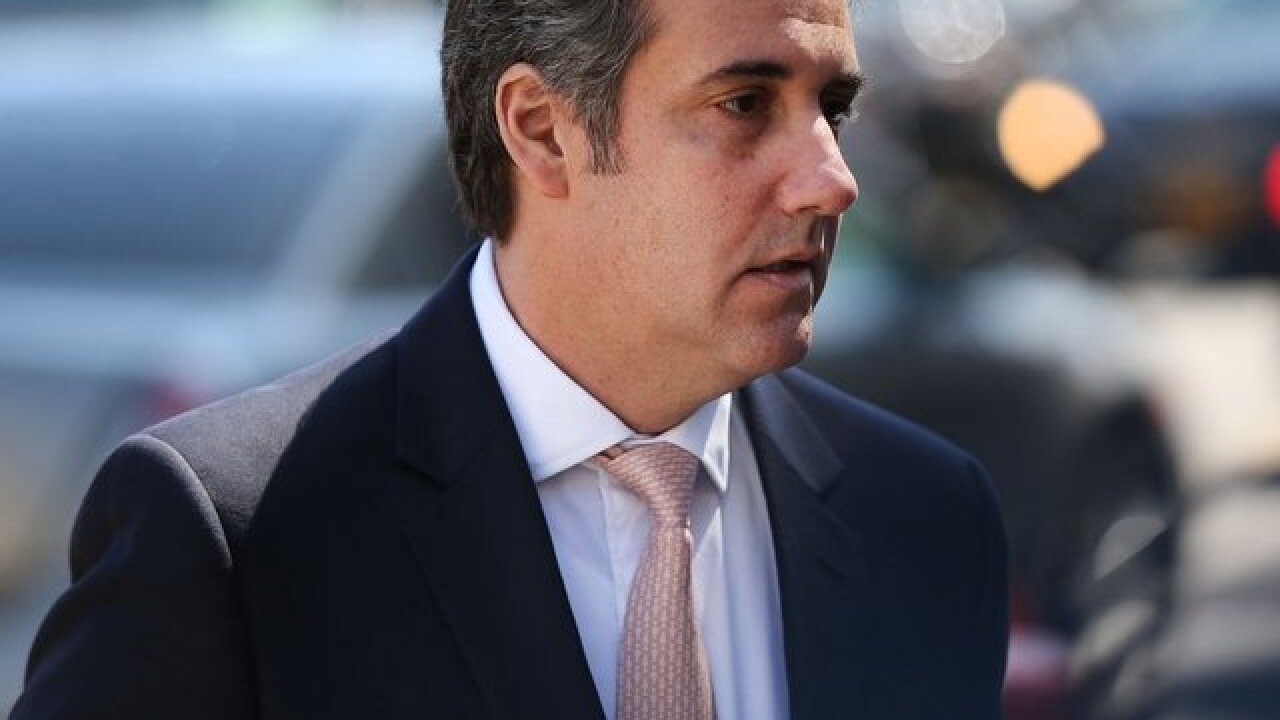 President Donald Trump on Friday denied his former personal attorney Michael Cohen's claim that he knew in advance about a highly controversial 2016 Trump Tower meeting, the latest public breach in the fraying relationship between the President and his former confidant.

"(No,) I did NOT know of the meeting with my son, Don jr." Trump wrote as part of a series of tweets Friday morning. "Sounds to me like someone is trying to make up stories in order to get himself out of an unrelated jam (Taxi cabs maybe?)."

Sources told CNN that Cohen claims that then-candidate Trump had advance notice of the June 2016 meeting in Trump Tower involving Donald Trump Jr. and is willing to assert that claim to special counsel Robert Mueller. The meeting was premised on the expectation that Russians would offer campaign dirt on Hillary Clinton, and it's become a key focus of Mueller's probe into Russian meddling in the 2016 election and whether the Trump campaign coordinated with Moscow. US intelligence agencies say Russia interfered to support Trump's candidacy.

According to sources, Cohen alleges that he was present, along with several others, when Trump was informed by his son about the Russians' offer and Trump gave his approval to go ahead with the meeting. The sources said Cohen does not have evidence, such as audio recordings, to corroborate his claim, but he is willing to attest to his account.

The meeting at Trump Tower -- which was attended by Trump Jr., his brother-in-law Jared Kushner and then-campaign chairman Paul Manafort -- was first publicly revealed in news reports in July 2017, and Trump, his lawyers and allies have since offered misleading explanations and changing narratives about it.

Cohen is under criminal investigation in the Southern District of New York because of his business dealings and efforts during the 2016 campaign to suppress negative stories about Trump. An FBI raid on Cohen's office in April sought information about taxi owners who had financial dealings with Cohen, CNN has reported.

Cohen has hired Lanny Davis, a former special counsel to President Bill Clinton, to represent him.

"(Cohen) even retained Bill and Crooked Hillary's (Clinton) lawyer," Trump also wrote, referring to Davis. "Gee, I wonder if they helped him make the choice!"

Trump did not respond to shouted questions about Cohen from reporters after speaking about the economy at the White House Friday morning.

"I don't see how he's got any credibility," the former New York City mayor said.

Trump also lashed out at Mueller in reaction to the news that Mueller has been reviewing Trump's Twitter feed as part of the investigation into obstruction of justice.

"Arrived back in Washington last night from a very emotional reopening of a major U.S. Steel plant in Granite City, Illinois, only to be greeted with the ridiculous news that the highly conflicted Robert Mueller and his gang of 13 Angry Democrats obviously cannot find Collusion..." Trump tweeted. "(The) only Collusion with Russia was with the Democrats, so now they are looking at my Tweets (along with 53 million other people) - the rigged Witch Hunt continues!"

The President has repeatedly attacked Mueller's investigation as a "witch hunt" and denied all allegations that his campaign colluded with Russians.

Trump's attack on Cohen Friday morning is the latest breakdown in the once close relationship between the two men. Cohen served as a top Trump confidant for more than a decade but has recently signaled a willingness to cooperate with investigators amid his legal troubles and what he sees as abandonment by the President.

According to his friends, Cohen has been agonizing over hearing nothing from the President as he's being investigated and has been sending up flares this past month, signaling that his loyalty would be to his "family and country," not to Trump.

Earlier this week, CNN aired a secret recording Cohen made of a conversation he had with Trump in 2016 regarding the rights to a Playboy model's story about an alleged affair with Trump. Trump's legal team has waived attorney-client privilege on the recording, giving prosecutors the option to use it in their investigation into Cohen.

The President has denied the allegations of the affair.