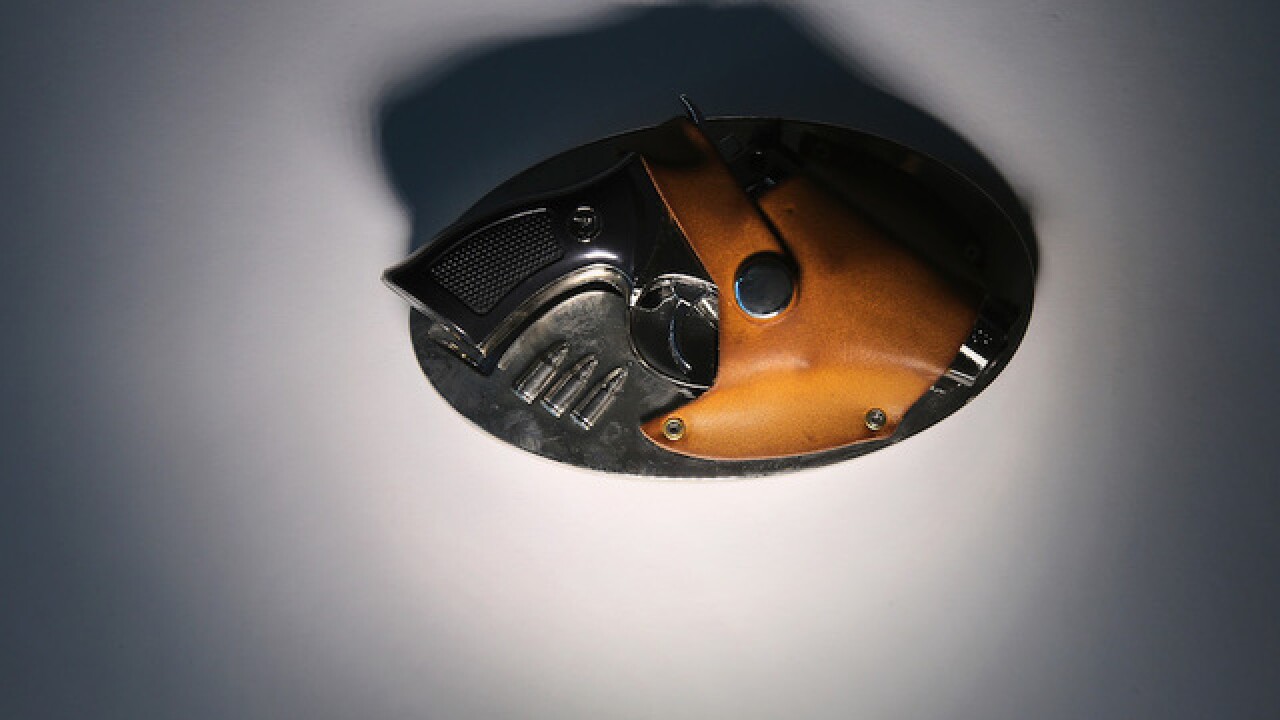 Copyright Getty Images
John Moore
<p>A belt buckle with a toy gun is displayed after being confiscated at an airport security checkpoint at the JFK International Airport on November 18, 2014 in New York City. </p>

There are more than 50 deaths per year in the U.S. that happen during police encounters with people carrying toy firearms.

In an effort to prevent it from happening in Sioux City, Iowa, city council members there have voted to adopt an ordinance that bans some toy guns from being carried.

The Associated Press reports Police Captain Mark Kirkpatrick said officers have had multiple encounters with replica weapons. They are faced with the question of whether to use deadly force in those situations.

The toy weapons ban in Sioux City includes pellet and BB guns. The ban does not cover Nerf or squirt guns, or guns that shoot suction-cup darts, the AP reports.