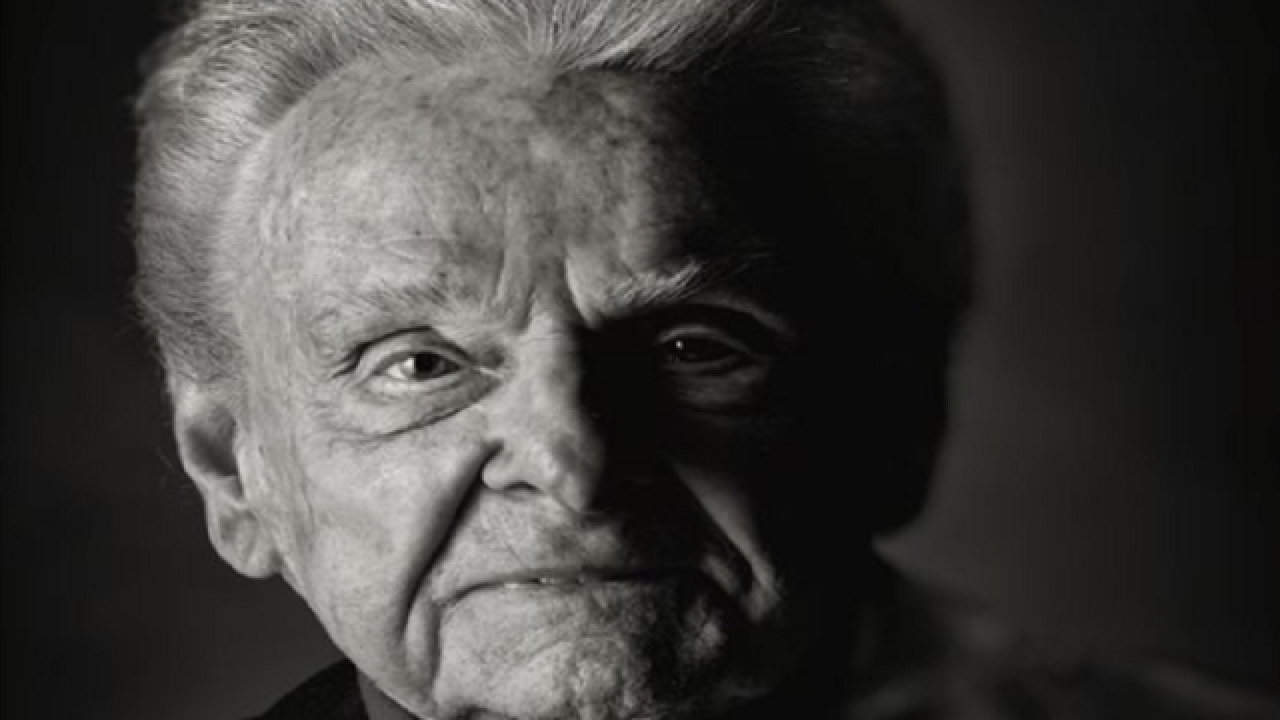 By: Associated Press
Posted at 6:57 PM, Jun 23, 2016
NASHVILLE, Tenn. (AP) — Ralph Stanley, a patriarch of Appalachian music who with his brother Carter helped expand and popularize the genre that became known as bluegrass, has died. He was 89.
Stanley died Thursday at his home in Sandy Ridge, Virginia, because of difficulties from skin cancer, publicist Kirt Webster said.
Although he influenced generations of musicians throughout his long career, Stanley brought his old-time mountain music into a new century when he was featured in the soundtrack for the popular film "O Brother, Where Art Thou?" in 2000, for which he won a Grammy.
Stanley was born and raised in Big Spraddle, Virginia, a land of coal mines and deep forests where he and his brother formed the Stanley Brothers and their Clinch Mountain Boys in 1946. Their father would sing them old traditional songs like "Man of Constant Sorrow," while their mother, a banjo player, taught them the old-time clawhammer style, in which the player's fingers strike downward at the strings in a rhythmic style.
Heavily influenced by Grand Ole Opry star Bill Monroe, the brothers fused Monroe's rapid rhythms with the mountain folk songs from groups such as the Carter Family, who hailed from this same rocky corner of Virginia.
The Stanleys created a distinctive three-part harmony that combined the lead vocal of Carter with Ralph's tenor and an even higher part sung by bandmate Pee Wee Lambert. Carter's romantic songwriting professed a deep passion for the rural landscape, but also reflected on lonesomeness and personal losses.
Songs like "The Lonesome River," uses the imagery of the water to evoke the loss of a lover, and "White Dove," describes the mourning and suffering after the death of a mother and father. In 1951, they popularized "Man of Constant Sorrow," which was also later recorded by Bob Dylan in the '60s.
"Ralph Stanley was elemental. His voice was freshwater, wind, sky, and stone," said Kyle Young, CEO of the Country Music Hall of Fame and Museum. "Dr. Ralph is revered by Bob Dylan, Robert Plant, Elvis Costello, Gillian Welch, Ricky Skaggs, and most anyone else equipped to handle the unfiltered truth."
The brothers were swept into the burgeoning folk movement and they toured the country playing folk and bluegrass festivals during the '60s, including the Newport Folk Festival in 1959 and 1964.
But when Carter died of liver disease in 1966, Ralph wasn't sure he could continue. His brother had been the main songwriter, lead singer and front man, and Ralph, by his own account, was withdrawn and shy, although he had overcome some of his early reticence.
"Within weeks of his passing, I got phone calls and letters and telegrams and they all said don't quit. They said, 'We've always been behind you and Carter, but now we'll be behind you even more because we know you'll need us,'" Stanley told The Associated Press in 2006.
After Carter's death, Ralph drew even deeper from his Appalachian roots, adopting the a cappella singing style of the Primitive Baptist church where he was raised. He reformed the Clinch Mountain Boys band to include Ray Cline, vocalist Larry Sparks and Melvin Goins. He would change the lineup of the band over the years, later including Jack Cooke, and mentored younger artists like Keith Whitley and Ricky Skaggs.
"He carried the ancient sounds from God knows where," said Skaggs, who started playing with Stanley as a teenager. "Ralph found it in the music of the mountains, in the hollows, in the people and in the churches."
Dylan and Grateful Dead's Jerry Garcia praised his work and, in the case of Dylan, joined him for a remake of the Stanley Brothers' "Lonesome River" in 1997.
He was given an honorary doctorate of music from Lincoln Memorial University in Harrogate, Tennessee, in 1976, and he was often introduced as "Dr. Ralph Stanley." He performed at the inaugurations of U.S. Presidents Jimmy Carter and Bill Clinton, was given a "Living Legends" medal from the Library of Congress and a National Medal of Arts presented by the National Endowment for the Arts and President George W. Bush. He became a member of the Grand Ole Opry in 2000.
But at age 73, he was introduced to a new generation of fans in 2000 due to his chilling a cappella dirge "O Death" from the hit Coen Brothers' "O Brother, Where Art Thou?" movie soundtrack. The album was a runaway hit, topping the Billboard 200 chart, as well as the country albums and soundtrack charts, and sold millions of copies.
He won a Grammy for best male country vocal performance in 2002 — beating out Tim McGraw, Ryan Adams, Willie Nelson, Johnny Cash and Lyle Lovett — and was the focus of a successful tour and documentary inspired by the soundtrack. The soundtrack, produced by T Bone Burnett, also won a Grammy for album of the year. The following year he and Jim Lauderdale would win a Grammy for best bluegrass album for "Lost in the Lonesome Pines."
"I call him the king of mountain soul," Lauderdale said. "He had that magical quality about him, that when you heard him, there's something about it that really touches you deeply. And he could make you want to cry, laugh or dance."
He said in an interview with The Associated Press in 2002 that younger people were coming to see his shows and hear his "old time music," and was enjoying the belated recognition.
"I wish it had come 25 years sooner," he said. "I am still enjoying it, but I would have had longer to enjoy it."
Despite health problems, he continued to record and tour into his 80s, often performing with his son Ralph Stanley II on guitar and his grandson Nathan on mandolin.
He is survived by his wife of 47 years, Jimmie Stanley. He had three children, seven grandchildren and one great-grandchild. Funeral arrangements were still pending.
Copyright 2016 The Associated Press. All rights reserved. This material may not be published, broadcast, rewritten or redistributed.