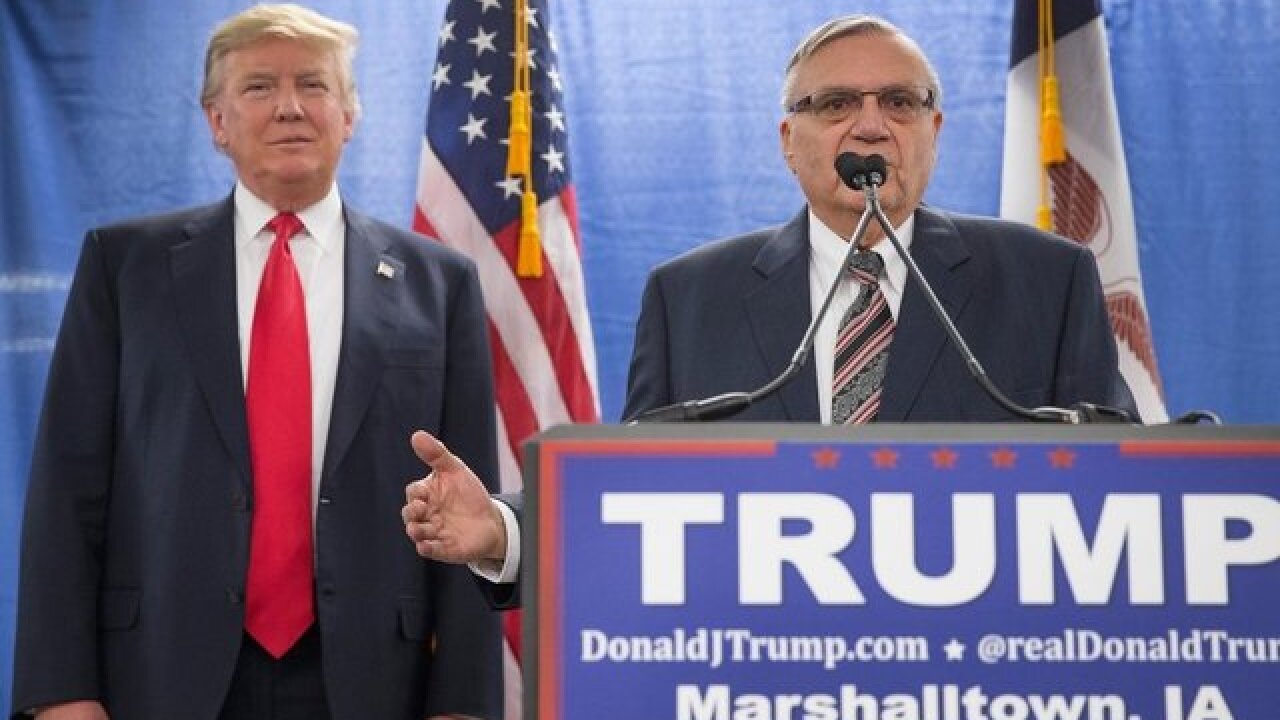 Joe Arpaio, a former Arizona sheriff who was pardoned of a contempt of court charge by President Donald Trump, announced on Tuesday that he will run for Senate.

As sheriff of Maricopa County, Arpaio used controversial methods to curb crime and immigration. In 2017, Arpaio was found guilty of contempt of court for defying a judge's orders to stop detaining individuals solely on suspicion that they were in the country illegally.

Trump pardoned Arpaio of the charge in August.

Arpaio will be running for the Senate seat vacated by Sen. Jeff Flake, who announced in late 2017 that he won't seek re-election.

I am running for the U.S. Senate from the Great State of Arizona, for one unwavering reason: to support the agenda and policies of President Donald Trump in his mission to Make America Great Again. https://t.co/ANppBdDOtp