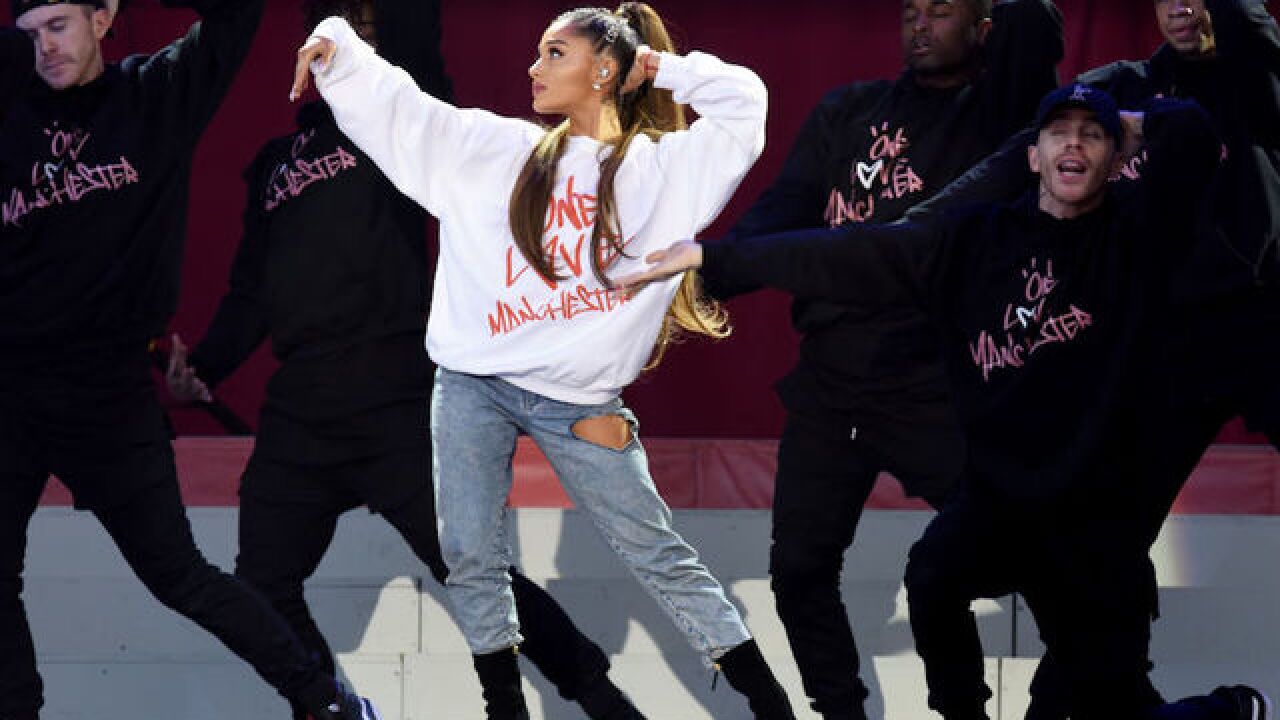 Ariana Grande is taking her fans behind the scenes of her "Dangerous Woman Tour" in a new docuseries.

In it, she addresses the terrifying bombing that took place during her Manchester concert in May 2017, which killed 22 people.

In the fourth episode of the docuseries, which dropped Thursday on YouTube Premium, the platform's paid streaming service, Grande writes a letter to her fans about the terrorist attack.

"I'm writing to you this February 22, 2018. It's been eight months since the attack at our show at the Manchester Arena. It's impossible to know where to start or to know what to say about this part. May 22, 2017, will leave me speechless and filled with questions for the rest of my life."

Grande goes on to write, "Music is an escape. Music is the safest thing I've ever known. Music -- pop music, stan culture -- is something that brings people together, introduces them to some of their best friends, and makes them feel like they can be themselves. It is comfort. It is fun. It is expression. It is happiness. It is the last thing that would ever harm someone. It is safe. When something so opposite and so poisonous takes place in your world that is supposed to be everything but that ... it is shocking and heartbreaking in a way that seems impossible to fully recover from."

Grande calls the tragedy "horrendous" in the letter.

"The spirit of the people of Manchester, the families affected by this horrendous tragedy, and my fans around the world have permanently impacted all of us for the rest of our lives. Their love, strength, and unity showed me, my team, my dancers, band, and entire crew not to be defeated. To continue during the scariest and saddest of times. To not let hate win. But instead, love as loudly as possible, and to appreciate every moment. The people of Manchester were able to change an event that portrayed the worst of humanity into one that portrayed the most beautiful of humanity. "Like a handprint on my heart" ... I think of Manchester constantly and will carry this with me every day for the rest of my life."

The docuseries does not include any footage from the attacks, but does take viewers behind the scenes of the benefit concert she put together to raise money for victims families.