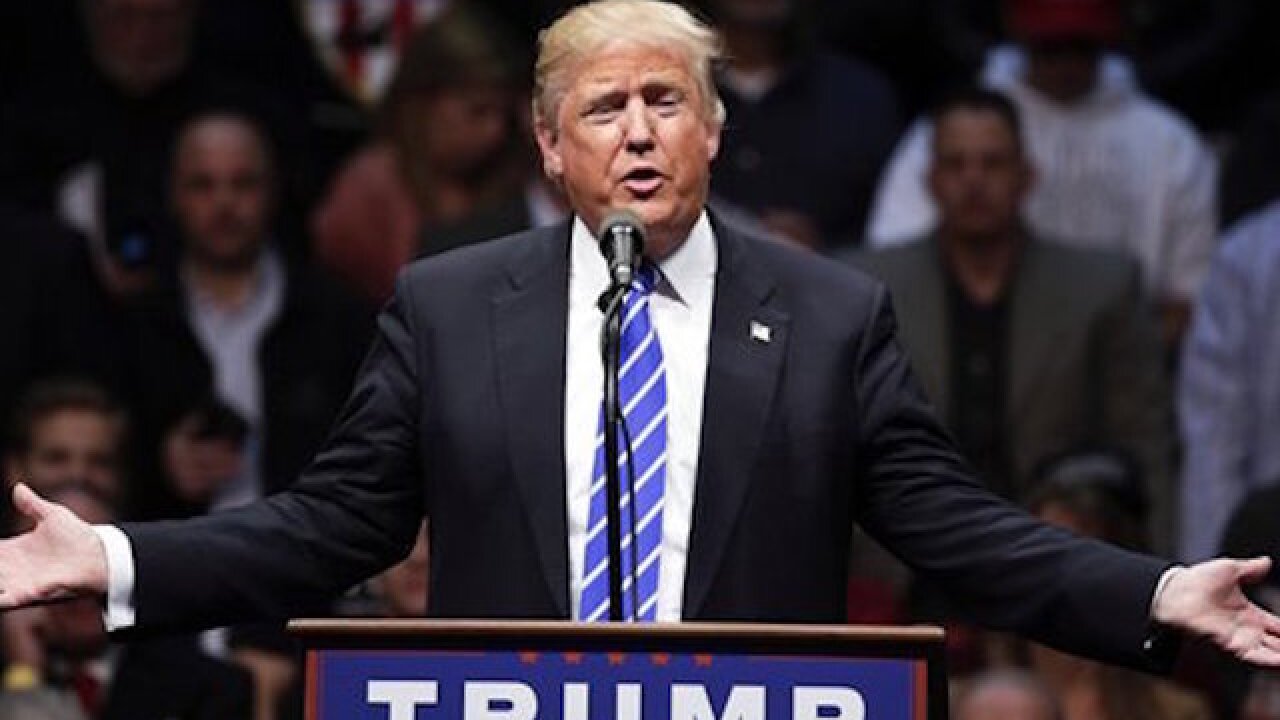 Mike Groll
<p>FILE - In this April 11, 2016 file photo, Republican presidential candidate Donald Trump speaks in Albany, N.Y. It's not just thatTrump is behind the curve in organizing to win an increasingly likely second ballot at the Republican National Convention. It's that he's missed his chance altogether to line up potential delegates who will remain loyal, thanks to deadlines in some states that have already passed. (AP Photo/Mike Groll, File)</p>

WASHINGTON (AP) — Most Republican voters think the candidate with the most delegates heading into the party's convention in July should ultimately emerge as the GOP's presidential nominee, regardless of whether he holds the majority of all delegates needed to secure the nomination, according to a new Associated Press-GfK poll.

The survey finds Republicans are more likely to think of Donald Trump as a possible general election winner than either of his current GOP rivals.

Here are some things to know about opinions on a contested convention and which Republican candidates could win a general election from the latest AP-GfK poll:

NOT LOOKING FOR ALTERNATIVES

According to the new poll, nearly 6 in 10 Republican voters — 58 percent — think the candidate with the most delegates after all the state contests are finished should be the nominee, even if he doesn't have a clear majority.

Just 40 percent think it would be acceptable for the delegates to pick a different candidate.

Within the Republican Party, opinions of Trump draw a dramatic divide in terms of how the convention should work out.

Eight in 10 Republican voters who have a favorable opinion of Trump think the party should nominate the ultimate delegate leader.

But among Republican voters with an unfavorable opinion of Trump, two-thirds think it would be acceptable for the delegates to choose someone else. Another third of those who don't like Trump nonetheless think the party should nominate the delegate leader in the end.

Among all Americans, nearly half think it would be acceptable for the delegates at the GOP convention to choose a different nominee, while about as many think the candidate in the lead should be the nominee.

Democratic voters think by a 63 percent to 35 percent margin that it would be acceptable for the Republican delegates to nominate another candidate if the leader doesn't have a majority of delegates.

Although some Republican leaders have expressed concern that a Trump nomination would lead to a loss in November, that's not a concern most Republican voters share. Eighty-one percent think Trump could possibly win a general election, versus those who say so of Texas Sen. Ted Cruz (66 percent) or Ohio Gov. John Kasich (just 41 percent).

Still, even among Americans as a whole, about 6 in 10 think Trump could potentially win a general election, just under half think Cruz could and only a third think Kasich could. Kasich is still largely unknown to the American people, with 34 percent, including 26 percent of Republican voters, unable to say if they have a favorable or unfavorable opinion of him.

The AP-GfK Poll of 1,076 adults was conducted online March 31-April 4, using a sample drawn from GfK's probability-based KnowledgePanel, which is designed to be representative of the U.S. population. The margin of sampling error for all respondents is plus or minus 3.3 percentage points.

Respondents were first selected randomly using telephone or mail survey methods and later interviewed online. People selected for KnowledgePanel who didn't otherwise have access to the Internet were provided access at no cost to them.