After nearly 77 years, remains of an Indiana Marine are coming home 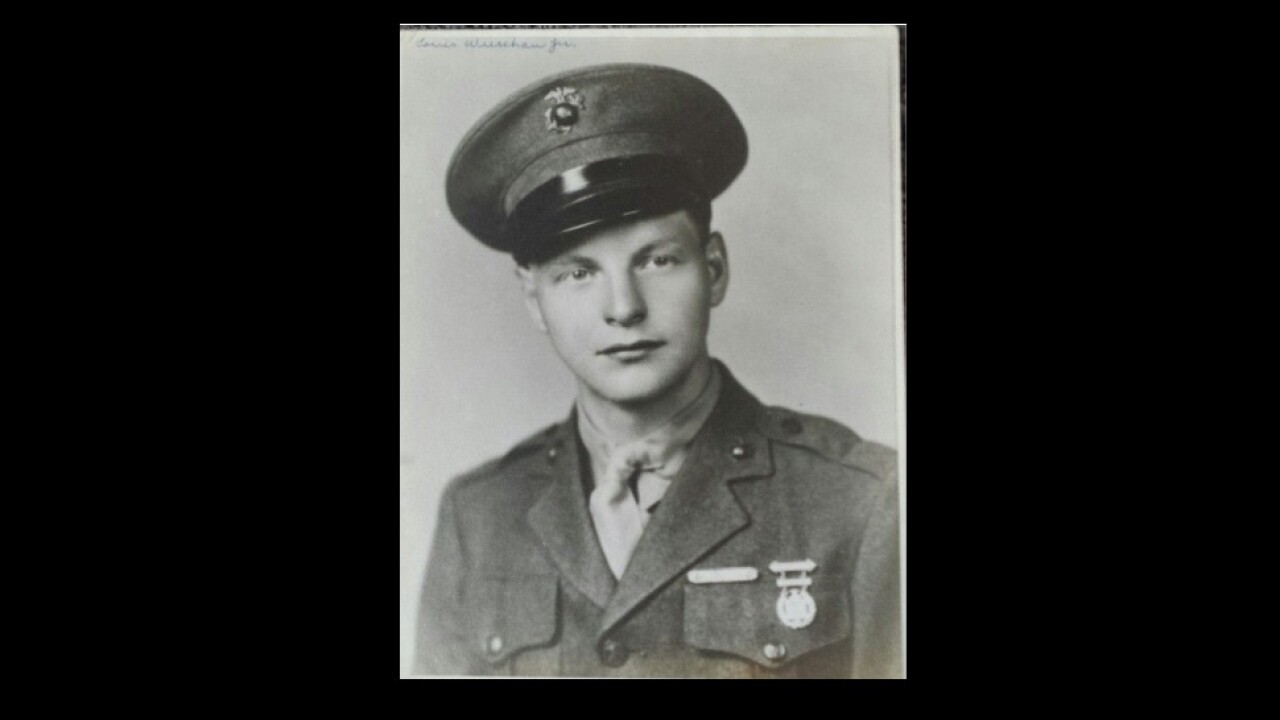 RICHMOND, Ind. — Nearly 77 years after a Marine from Indiana was killed in the South Pacific during World War II his remains will return to his hometown on Thursday.

Marine Corps Pfc. Louis Wiesehan Jr., 20, of Richmond, was a member of Company F, 2nd Battalion, 8th Marine Regiment, 2nd Marine Division, which landed against stiff Japanese resistance on the small island of Betio in the Tarawa Atoll of the Gilbert Islands in November 1943, according to the Defense POW/MIA Accounting Agency.

Over several days of intense fighting, approximately 1,000 Marines and Sailors were killed and more than 2,000 wounded. The Japanese were virtually annihilated, the DPAA said. Wiesehan was killed on the second day of the battle, Nov. 21, 1943. His remains were reportedly buried in Division Cemetery on Betio Island.

According to the DPAA, the 604th Quartermaster Graves Registration Company centralized all of the American remains found on Tarawa at Lone Palm Cemetery in 1946 for later repatriation, however, almost half of the known casualties were never found. No recovered remains could be associated with Wiesehan so in Oct. 1949, a Board of Review declared him "non-recoverable."

In 2014, History Flight Inc., a nonprofit organization, located Cemetery 27. Excavations at the site uncovered multiple sets of remains which were turned over to DPAA in 2015. DPAA said Wiesehan's remains were identified through anthropological analysis as well as material evidence. Scientists from the Armed Forces Medical Examiner System used mitochondrial DNA analysis.

The Greenfield Police Department posted on Facebook that Wiesehan's remains will be passing through Greenfield on Thursday, between 5:30 p.m. and 6 p.m. on their way from the Indianapolis International Airport to Richmond. The escort is scheduled to come from Mount Comfort Road along U.S. 40 through town.

This story was first reported by Bob Blake at WRTV in Indianapolis, Indiana.