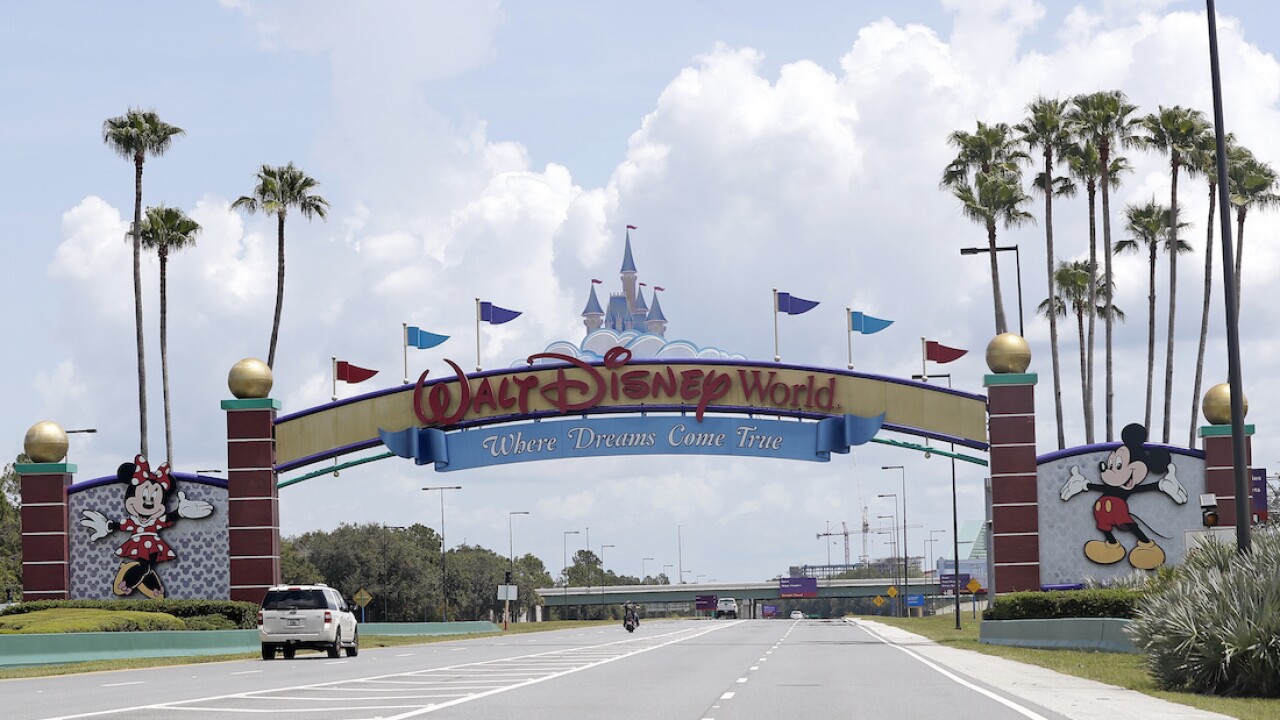 Copyright 2020 The Associated Press. All rights reserved
John Raoux/AP
FILE - In this Thursday, July 2, 2020, file photo, cars drive under a sign greeting visitors near the entrance to Walt Disney World, in Lake Buena Vista, Fla. A new television show about the residents and caretakers at Walt Disney World's Animal Kingdom is being produced by National Geographic and will start streaming in the fall of 2020 on the Disney+. (AP Photo/John Raoux, File)

ORLANDO, Fla. (AP) — Walt Disney World and the union for its actors and singers have reached an agreement that will allow them to return to work.

The deal was reached Wednesday, more than a month after the actors and singers said they were locked out of the reopening of the theme park resort for publicly demanding coronavirus tests.

Actors' Equity Association signed a memorandum of understanding allowing the actors, singers, and stage managers to return to their jobs after Disney agreed to have a state-run drive-thru COVID-19 testing site for workers and others at the Florida theme park resort.