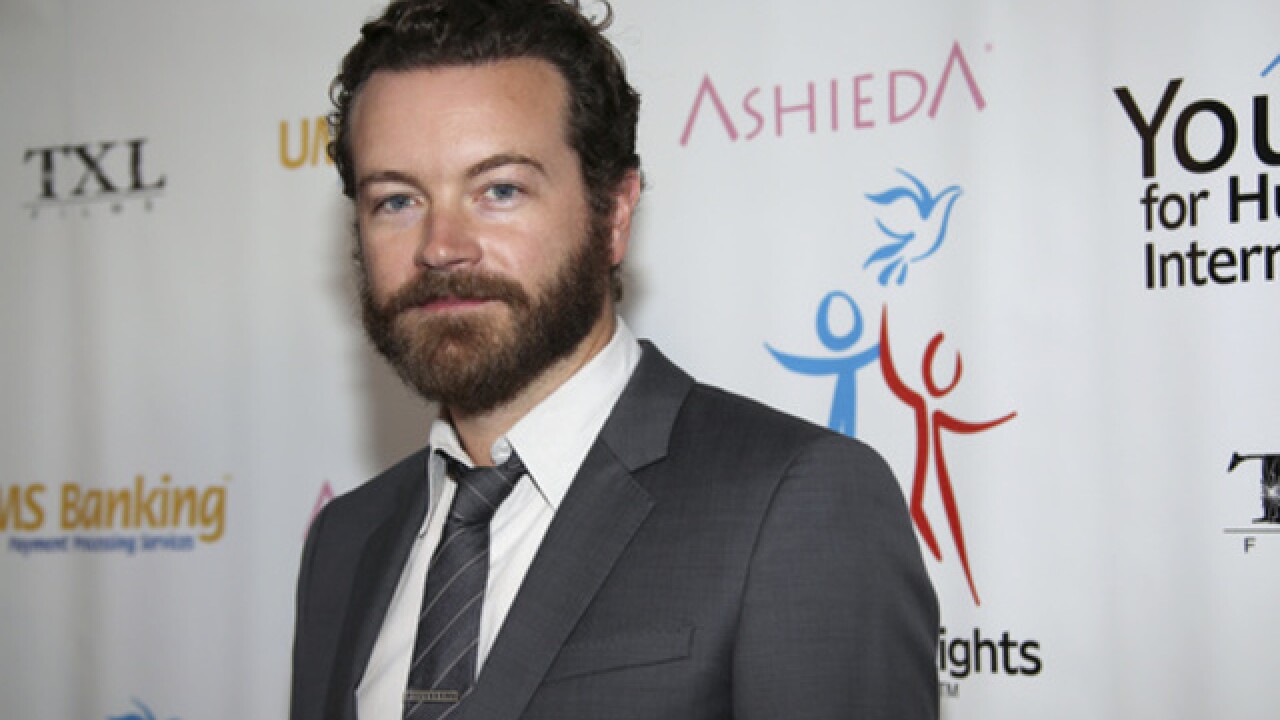 Copyright Associated Press
Annie I. Bang
<p>FILE - In this March 24, 2014 file photo, actor Danny Masterson arrives at Youth for Human Rights International Celebrity Benefit at Beso Hollywood in Los Angeles. Los Angeles police are investigating after three women reported being sexually assaulted by Masterson in the early 2000s, but the actor denies the allegations, which he says are motivated by the producer of an anti-Scientology television series. An LAPD spokesman confirmed the investigation Friday, March 3, 2017, but declined to provide additional details. (Photo by Annie I. Bang/Invision/AP, File)</p>

LOS ANGELES (CNS) - Actor Danny Masterson -- who is charged with raping three women at his Hollywood Hills home between 2001 and 2003 -- made his first appearance Friday in a downtown Los Angeles courtroom but did not enter a plea.

The 44-year-old actor known for appearing on "That '70s Show" and "The Ranch" was ordered to return to court Oct. 19 for arraignment.

Masterson was charged June 16 with three counts of forcible rape. He could face up to 45 years to life in state prison if convicted as charged.

The actor was arrested June 17 by the Los Angeles Police Department's Robbery-Homicide Division and released about three hours later on a $3.3 million bond.

Shortly after the charges were announced, Masterson's attorney, Tom Mesereau, released a statement saying his client "is innocent, and we're confident that he will be exonerated when all the evidence finally comes to light and witnesses have the opportunity to testify."

"Obviously, Mr. Masterson and his wife are in complete shock considering that these nearly 20-year-old allegations are suddenly resulting in charges being filed, but they and their family are comforted knowing that ultimately the truth will come out," Mesereau said then. "The people who know Mr. Masterson know his character and know the allegations to be false."

The criminal complaint alleges that Masterson raped a 23-year-old woman between January 2001 and December 2001.

He is also charged with raping a 28-year-old woman in April 2003 and a 23-year-old woman he had invited to his home some time between October and December 2003, according to Deputy District Attorney Reinhold Mueller.

The District Attorney's Office declined to file sexual assault charges against him in two other alleged incidents, citing insufficient evidence on one and the statute of limitations on the other.

In December 2017, Netflix announced that Masterson had been fired from the Emmy-winning scripted comedy "The Ranch" amid sexual assault allegations.

The actor said then that he was "very disappointed" and "it seems as if you are presumed guilty the moment you are accused." He also "denied the outrageous allegations" and said he looked forward to "clearing my name once and for all."