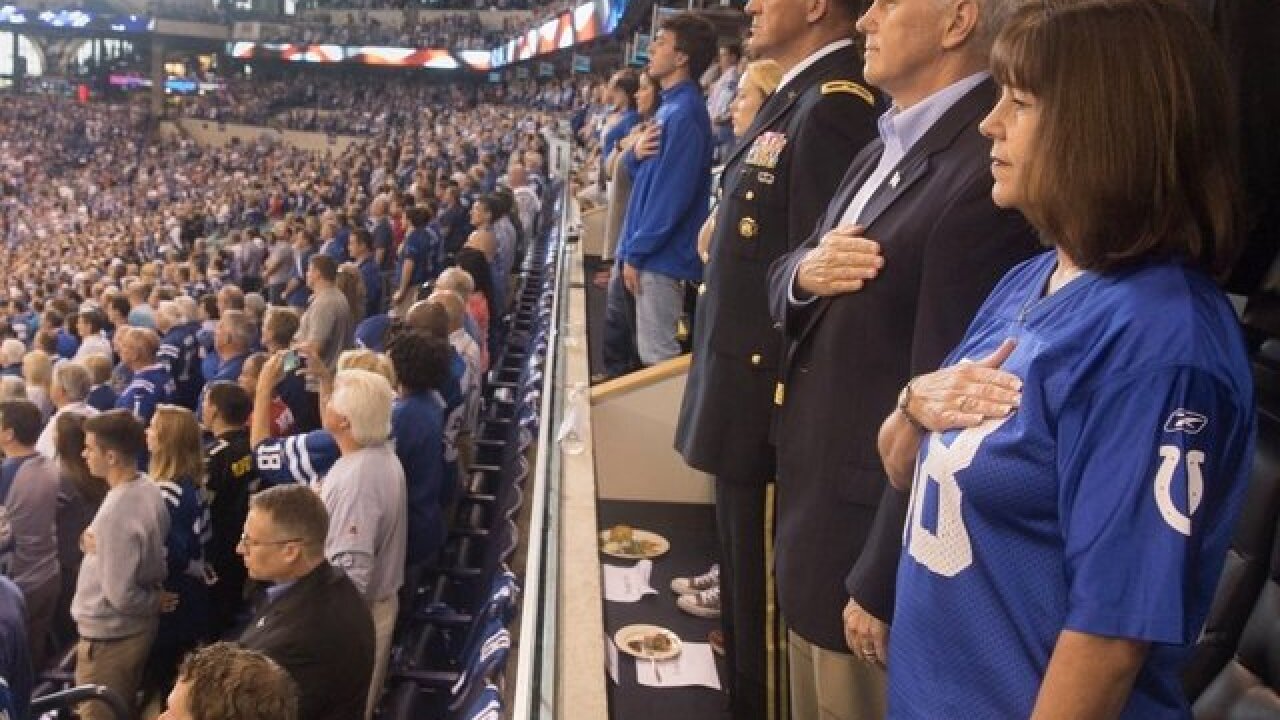 INDIANAPOLIS -- Five Democratic members of the U.S. House of Representatives sent Vice President Mike Pence a letter Thursday, urging him to repay the costs for the Indianapolis Colts game he left.

The letter claims that Pence left the Colts game on Oct. 8 as a publicity stunt, and the Trump-Pence re-election campaign used the act to solicit donations. It asks Pence to instruct the campaign to reimburse the Treasury for the expenses from the event.

Pence and his wife Karen attended the Colts-49ers game, but left shortly after the national anthem after some 49ers players kneeled.

"At a time when so many Americans are inspiring our nation with their courage, resolve, and resilience, now, more than ever, we should rally around our Flag and everything that unites us," Pence said in a statement after leaving.

The letter from the House members also urges Pence to reveal how much public money was spent on the trip, and whether campaign officials were made aware of the intention to leave early.

"Flying across the country and back at taxpayer expense simply to enter and then immediately depart a football stadium serves no discernible public interest," the letter reads. "Instead, the fact that your campaign immediately sought to capitalize on this exercise in order to solicit donations leaves the distinct impression that this trip was purely political in nature and was unrelated to your official duties."

CNN estimated the travel costs for Pence's flight from Las Vegas to Indianapolis, then back west to Los Angeles to be about $242,500.

No Indiana lawmakers signed the letter.

The letter was signed by:

Read the full letter below: