45-day extension of US troops' border mission is under discussion 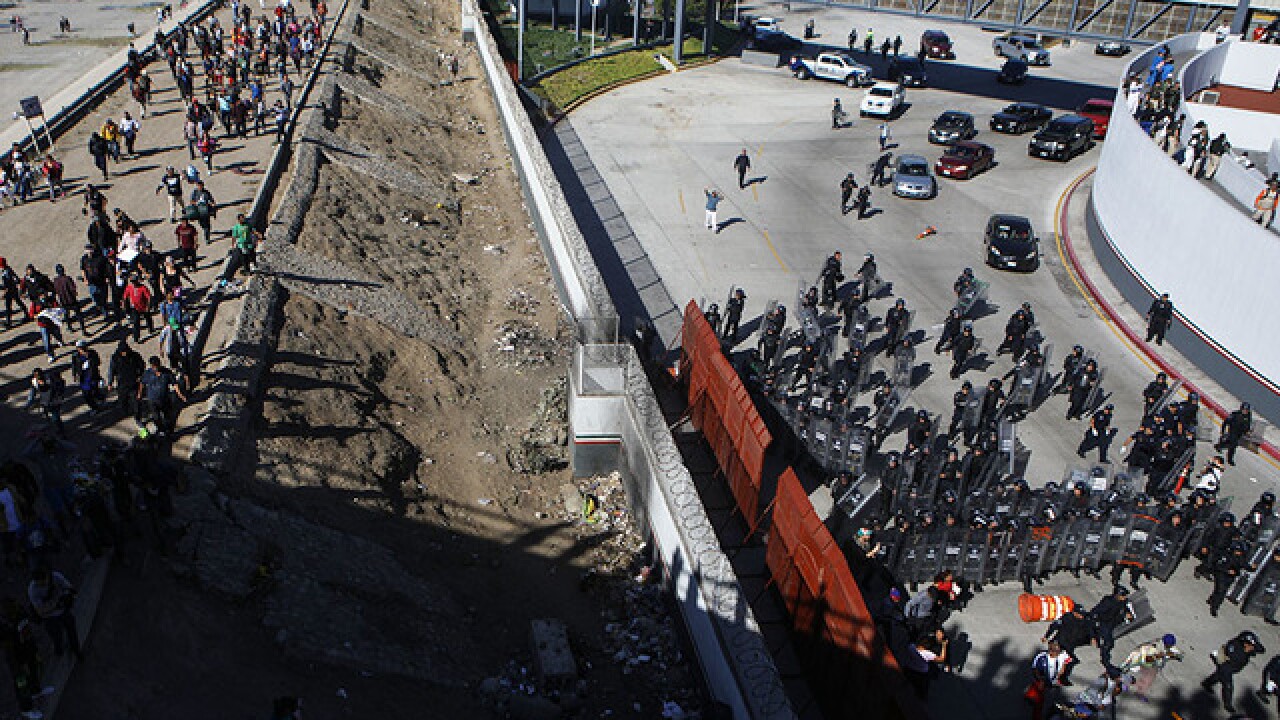 Copyright Getty Images
Mario Tama
<p>TIJUANA, MEXICO - NOVEMBER 25: Mexican police stand guard (R) as migrants walk on a bank of the nearly dry Tijuana River as they make their way toward the El Chaparral port of entry, after circumventing a police blockade, on November 25, 2018 in Tijuana, Mexico. U.S. Customs and Border Protection temporarily closed the two ports of entry on the border with Tijuana in response. (Photo by Mario Tama/Getty Images)</p>

The Department of Homeland Security and the Pentagon are having initial discussions that could lead to a 45-day extension of the southern border mission for US troops, according to two administration officials.

DHS would have to make a specific request to the Pentagon. Under the current plan, the border mission is scheduled to end December 15.

The discussion comes following tensions at the border Sunday, when about 500 migrants overwhelmed police blockades on the Mexican side of the San Ysidro port of entry, two journalists in Tijuana told CNN. US authorities used tear gas to disperse the crowds, which included families and small children, and more than 100 migrants were arrested.

One of the officials said that "based on what happened on Sunday" DHS still wants the help of the Defense Department, adding that "the threat has not gone away."

The agencies are also discussing whether some engineers who worked on fortifying crossing points in Arizona and Texas can now be sent home and whether more troops will shift to California.

President Donald Trump sent about 5,800 federal troops to the border after spending the weeks leading up to the midterm elections decrying a procession of migrants that was still thousands of miles from the US border. Last week, Trump granted the troops new powers to aid in "crowd control, temporary detention and cursory search" while protecting Customs and Border Protection personnel from the migrants, should they engage in violence.

On Wednesday afternoon, Secretary of Defense James Mattis said the Pentagon was ready to "react to the Department of Homeland Security" if it asks for any extensions. Mattis added, "Right now we have no new requests, although we are discussing every day the situation and so I can't forecast when that will be."

Last week Homeland Secretary Kirstjen Nielsen said she had "no doubt that DoD will continue to be our partners in this mission until it is resolved."

NPR was first to report the possible extension.