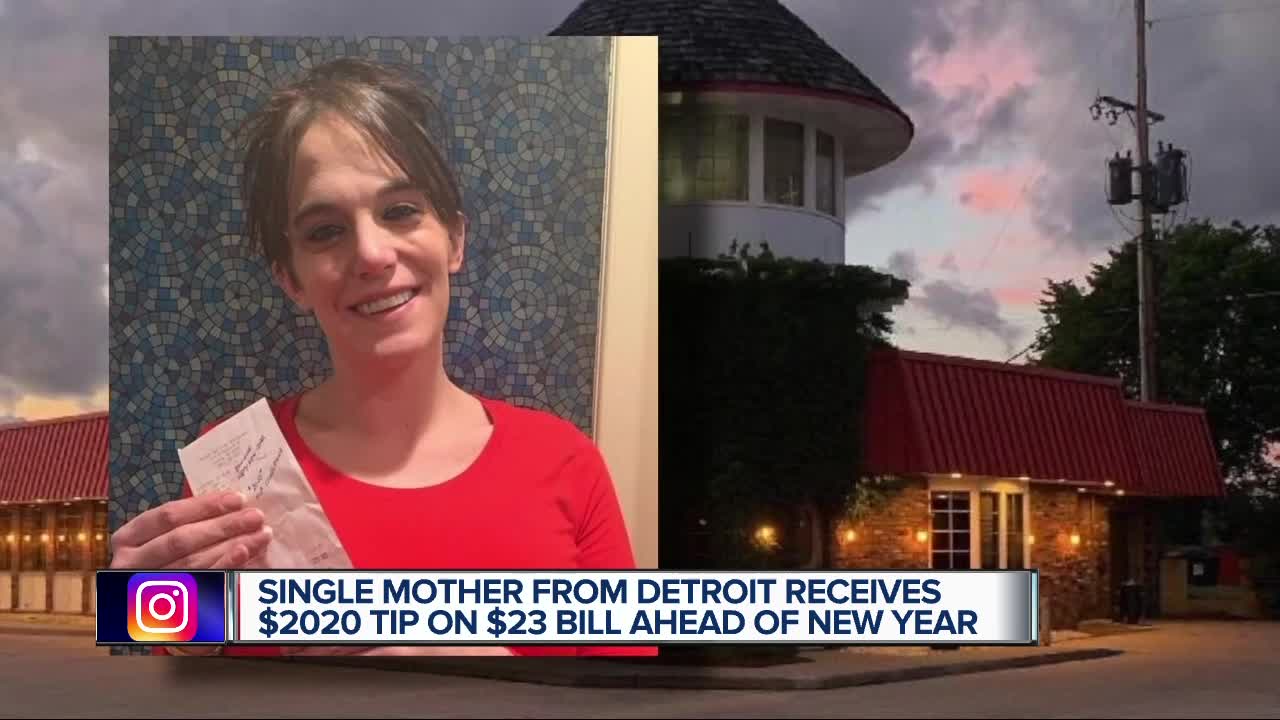 A single mother from Detroit moved Up North to start a new life got a life-altering gift for the new year. 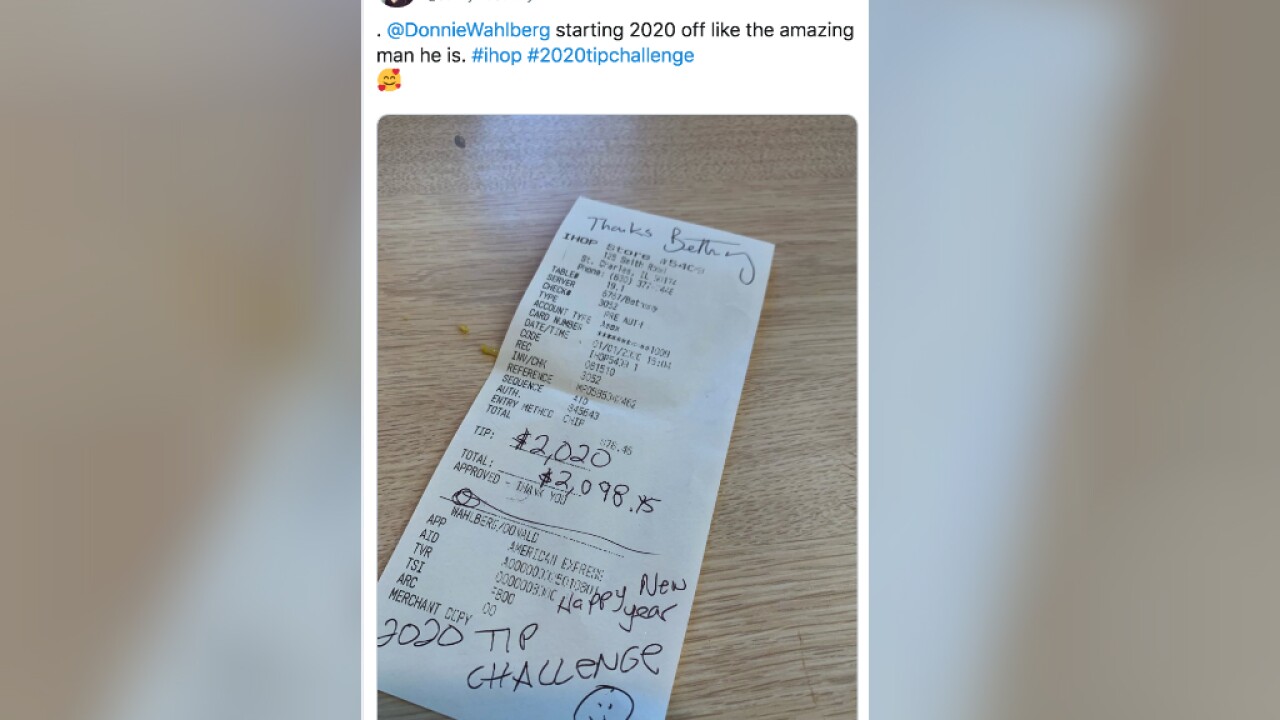 A new year is here and that means another social media challenge — and this one is rewarding all the hardworking servers.

. @DonnieWahlberg starting 2020 off like the amazing man he is. #ihop #2020tipchallenge

People were quick to praise the celebrities for their generosity. But it's not just the rich and famous who are getting in on the trend.

According to The Alpena News, the server is a recovering addict who was living in a homeless shelter just a year ago. She moved to Alpena, Michigan, to start over.

“I’m going to build a future because of this," Danielle Franzoni told WXYZ. "My kids have a future and I have a home. It’s a big deal. It’s a really big deal."

Others are getting in on the generous trend as well. While not everyone can afford to tip more than $2,000, people on social media have been posting photos of their own version of the challenge, tipping $20.20 to some of their servers.

Here is a fun and creative way to share the love of God on New Year's Day!

Give a tip of $20.20 (if applicable, or $200.20 if you want to bless them more) along with an encouraging New Year's message!#2020TipChallenge#Moreblessedtogivethanreceive pic.twitter.com/7E6nMCSqDN

Copyright ${yyyy} Scripps Media, Inc. All rights reserved. This material may not be published, broadcast, rewritten, or redistributed.