Officers in rural America dealing with much different issues 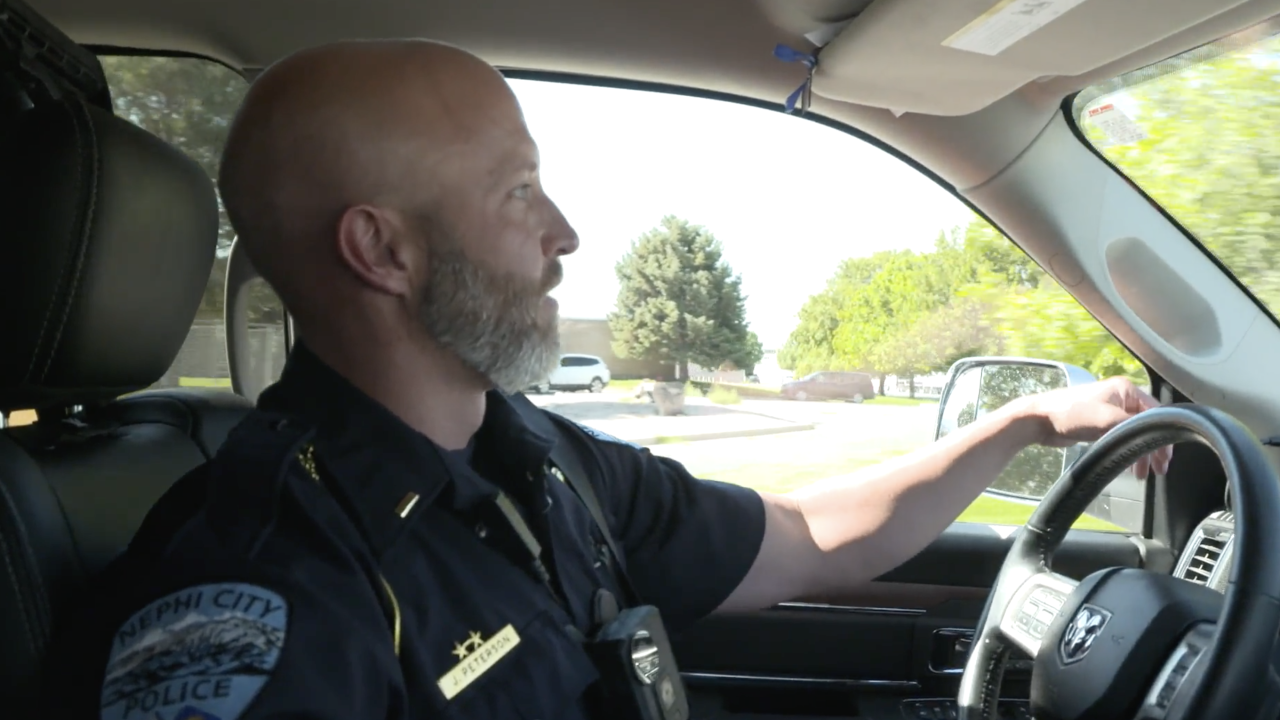 When you think of police officers, you may think of the badge or the local precinct may come to mind, but a lasso?

“You got to have a lasso in a small town,” Sgt. Jace Peterson said with a laugh.

Sgt. Peterson says it is an item he never leaves home without. Home is Nephi, Utah and it has been most of his life.

“Oh, I was a good kid who got in very little trouble,” Peterson said.

Nephi is a "blink and you miss it" stop along Interstate-15 between Salt Lake City and Las Vegas.

Sgt. Peterson is just one of 10 full-time officers.

“I just patrol all the corners of town, backstreets and the main thoroughfares,” he said.

A disorderly conduct call sometimes comes in the form of a farm animal.

“We’ve had cows and goats,” Peterson said. “I mean you name it and they run loose around here.”

Sgt. Peterson knows he is just one call away from a surprise class reunion.

“It makes it entertaining when you stop somebody you know or you’re on a call with somebody you went to high school with,” he said.

Life moves at a slower pace in these parts. It is a stark contrast from what officers in major cities across the country are dealing with.

“The rioting and the protest,” Sgt. Peterson said slowly shaking his head. “I mean, it starts to wear on you a little bit and know that other officers aren’t as lucky as we are.”

The Nephi Chief of Police echoes those sentiments.

“You know, the great thing is I had the big city policing experience when I was young,” said Chief Mike Morgan. “When I was young, I could get out and do the things that needed to get done and I was able to learn; that experience brought me here.”

“There’s no place like home,” Chief Morgan said with a chuckle.

“There are no protests at all down here,” Chief Morgan said.

The department is prepared for the day some of the bigger city issues may creep into town.

“We’ve got all the equipment I could ever ask for and it’s such a great community,” Sgt. Peterson said.

Even a worldwide pandemic is not affecting the small-town police force much.

“I mean, we know it’s there and we know it’s just one bad day away, but until then, we’re just going to sort of enjoy it,” Sgt. Peterson said.