What are those cones along Silver Strand Beach? 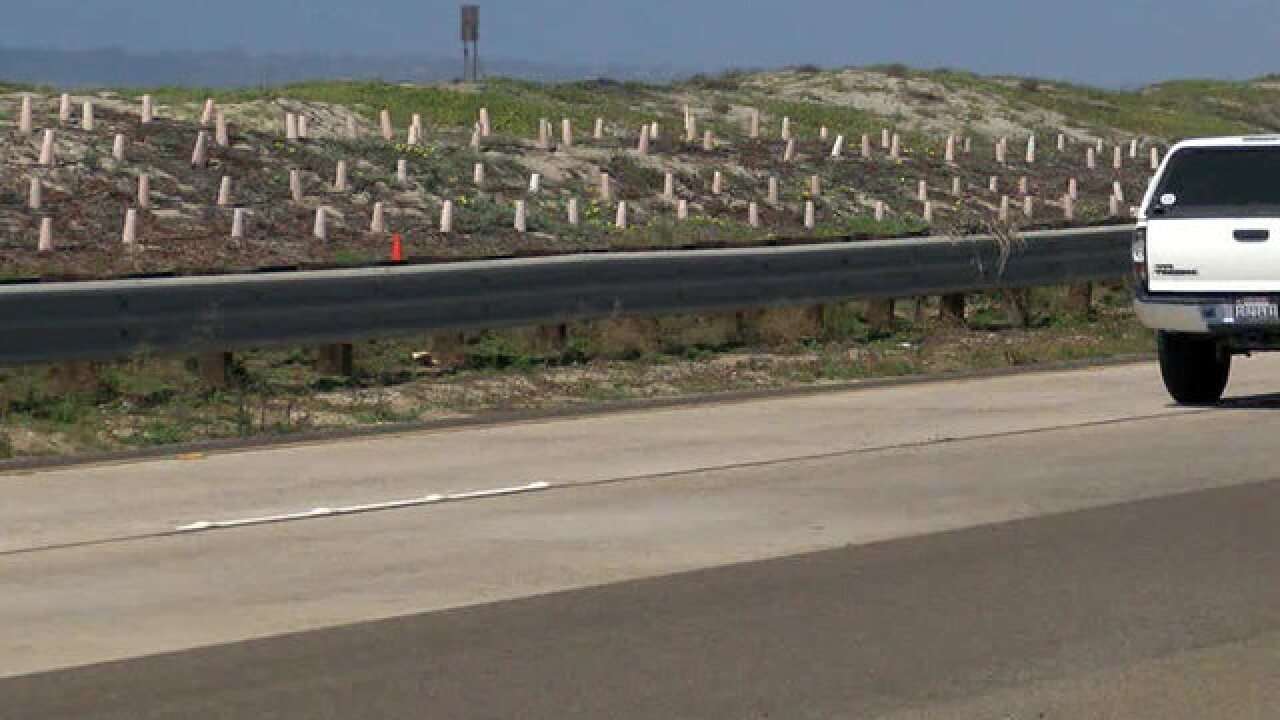 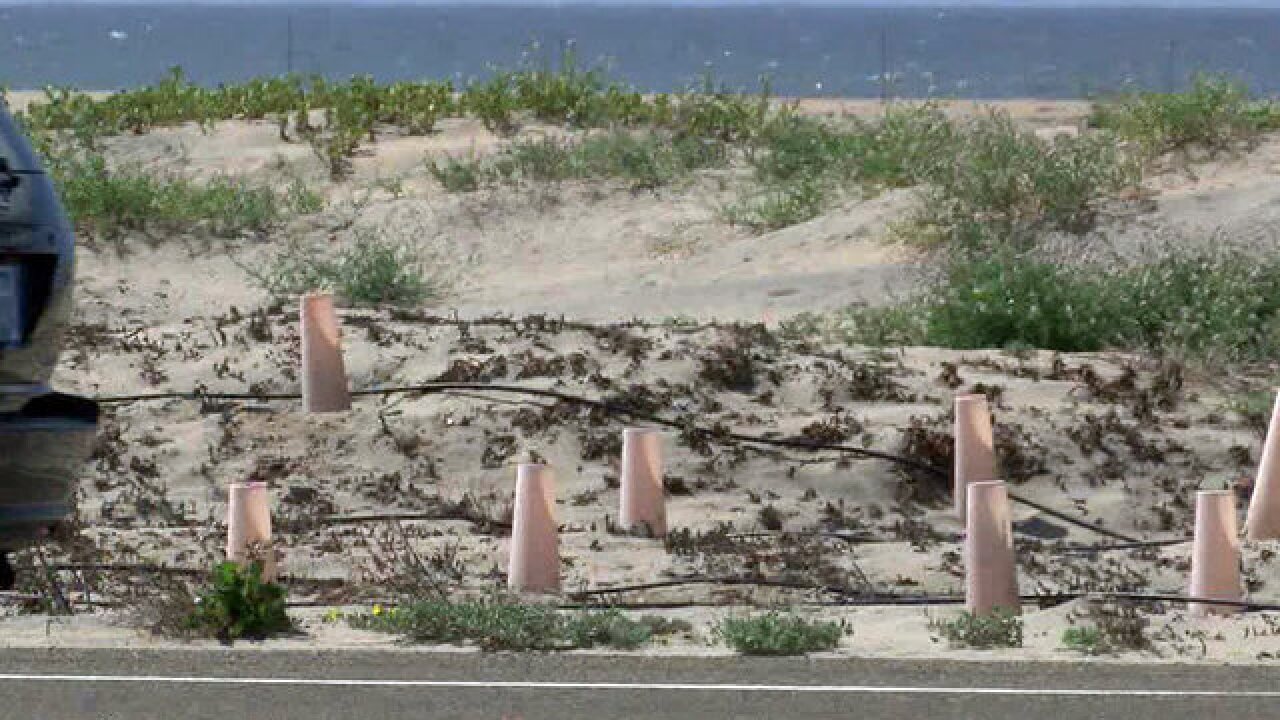 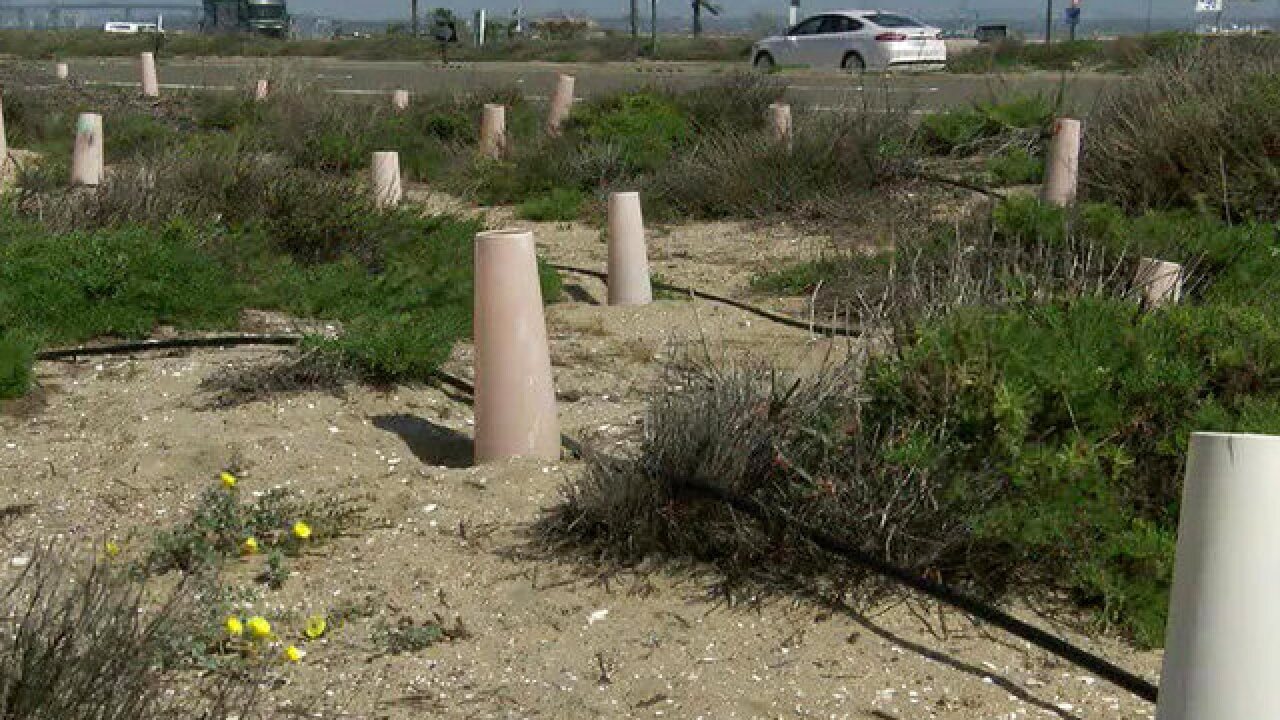 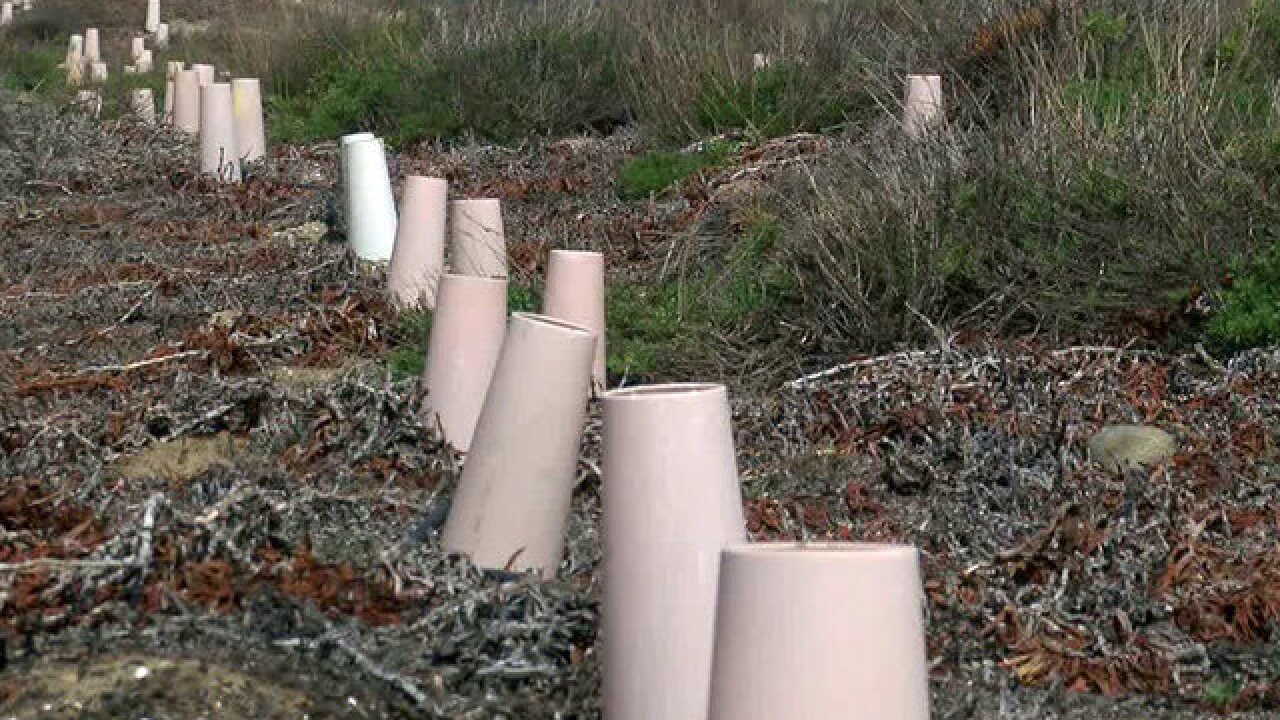 The U.S. Navy is in the midst of a massive restoration project that is turning quite a few heads along the Silver Strand.

Thousands of short, tan cones line the western side of the strand, and a Naval Base Coronado spokeswoman told 10News she has fielded calls from people wondering if the cones were anything ranging from explosives to an alien invasion.

"All these black tubes and tan cones you see are part of the restoration project," said botanist Bryan Munson. "It's a very good point for people to realize that the Navy does things here other than training."

Munson said the Navy is restoring the dunes, and they have removed 17-acres of ice plants, which is not native to the beaches. They replaced it with thousands of native sand dune plants.

The plastic cones are protecting the new plants from ground squirrels and rabbits. The plants will also be a more suitable habitat for two endangered bird species and other wildlife.

The newest wave of plants was planted in December.

Munson said the cones would stay in place until the plants are established.

The Navy conducted a similar project in 2012.