Months after NASSCO said it was looking to add hundreds of jobs, company announces layoffs 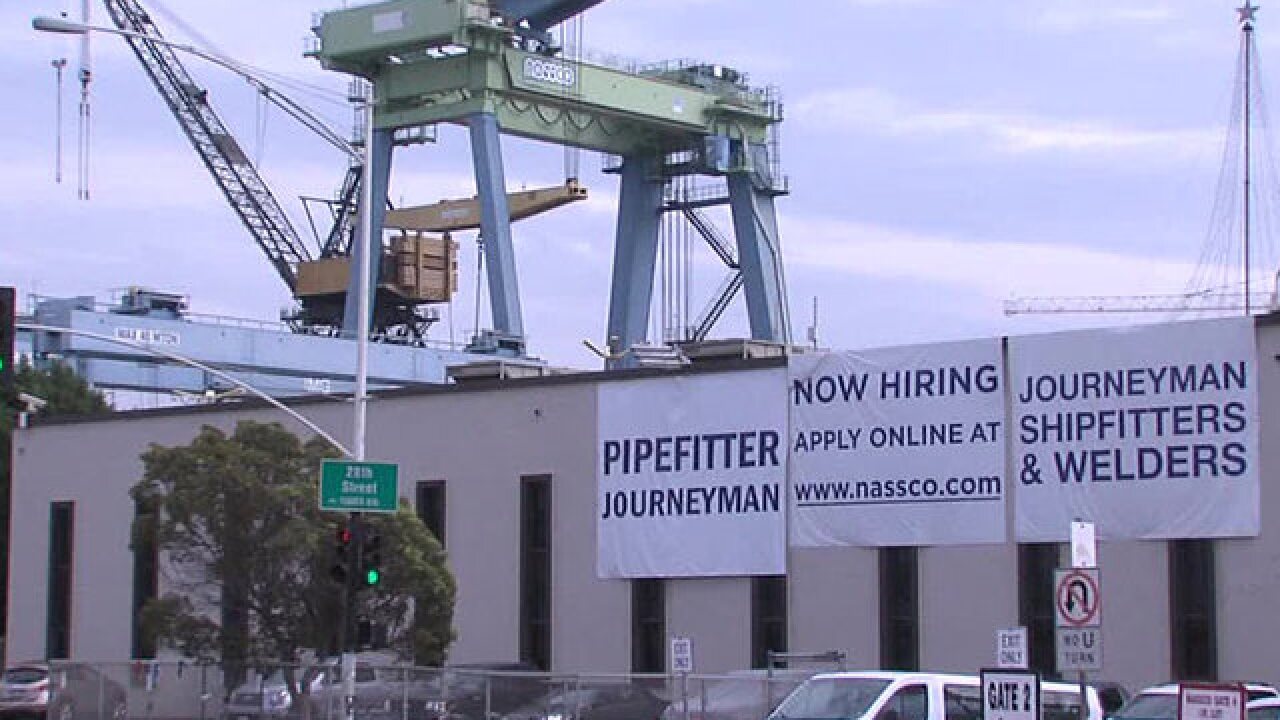 SAN DIEGO (KGTV) -- Months after one of San Diego’s biggest employers was said to be looking to add up to 1,000 jobs, General Dynamics NASSCO instead announced layoffs.

In April, NASSCO held a job fair, claiming the company was looking to add up to 1,000 jobs. Robert Godinez, head of the Boilermakers Union Local 1998, says the shipbuilder didn’t hire close to that number.

In total, NASSCO notified nearly 1,500 workers that they could be out of a job in September. The shipbuilder told 10News it expects to let go of closer to 350 workers.

The layoffs are in relation to a dry dock accident in July that damaged facilities.

One of the company’s employees, Glicerio Cortez, says he doesn’t know exactly what happened in July, but he heard of the damage through coworkers. “They say that they heard like a, something like a bomb, something strong and then the water came all the way to the dry dock,” said Cortez.

Video captured by Sky10 shows water flooding the dry dock as debris filled the area. Luckily, no one was injured.

The July incident isn’t the only reason for the layoffs. Navy repair work fizzling is also playing a role.

Cortez described how he felt about the layoffs. “I’m worried about my coworkers. Kinda sad.”