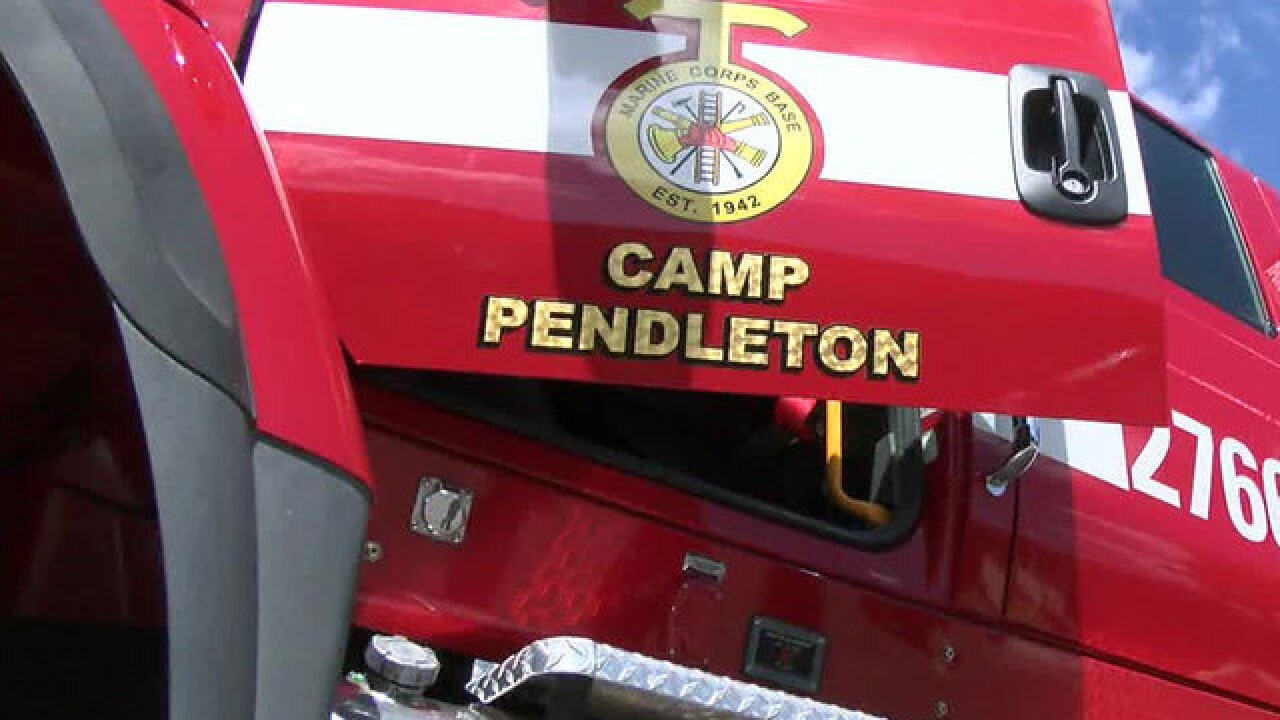 The brush fire broke out on base just after 12 p.m., prompting several precautionary evacuations of nearby structures, including schools, businesses, and hundreds of homes in the DeLuz Housing area.

While there were no students or staff at Mary Fay Elementary School at the time of the fire, the base says, there were 73 students at the nearby Child Development Center that needed to be evacuated.

An unnamed Gunnery Sgt. with the Provost Marshall’s Office commandeered a city transit bus to evacuate the children and residents, the base said. Emergency Services Battalion police and fire crews, along with NCIS agents, also helped transfer each student to the evacuation point to be reunited with their families.

"This Gunnery Sgt. exhibited but one example of the brave, fast-thinking actions that were taken this day," a release from Camp Pendleton officials said.

Within three hours of sparking, the De Luz Fire was largely stamped out by firefighters as high temperatures brought an elevated threat of wildfires to the county on Wednesday.

"Their quick and heavy response, deploying all available units and requesting aid from CAL FIRE/San Diego County Fire Authority, allowed for residents to return to their homes within four hours after evacuating," the release added.

The only loss from the fire was an NCIS government vehicle, according to officials. No structures were lost, besides an electrical transformer and slight roof damage to a home as well. No injuries were reported.