The 233 service members are part of the 7th ESB 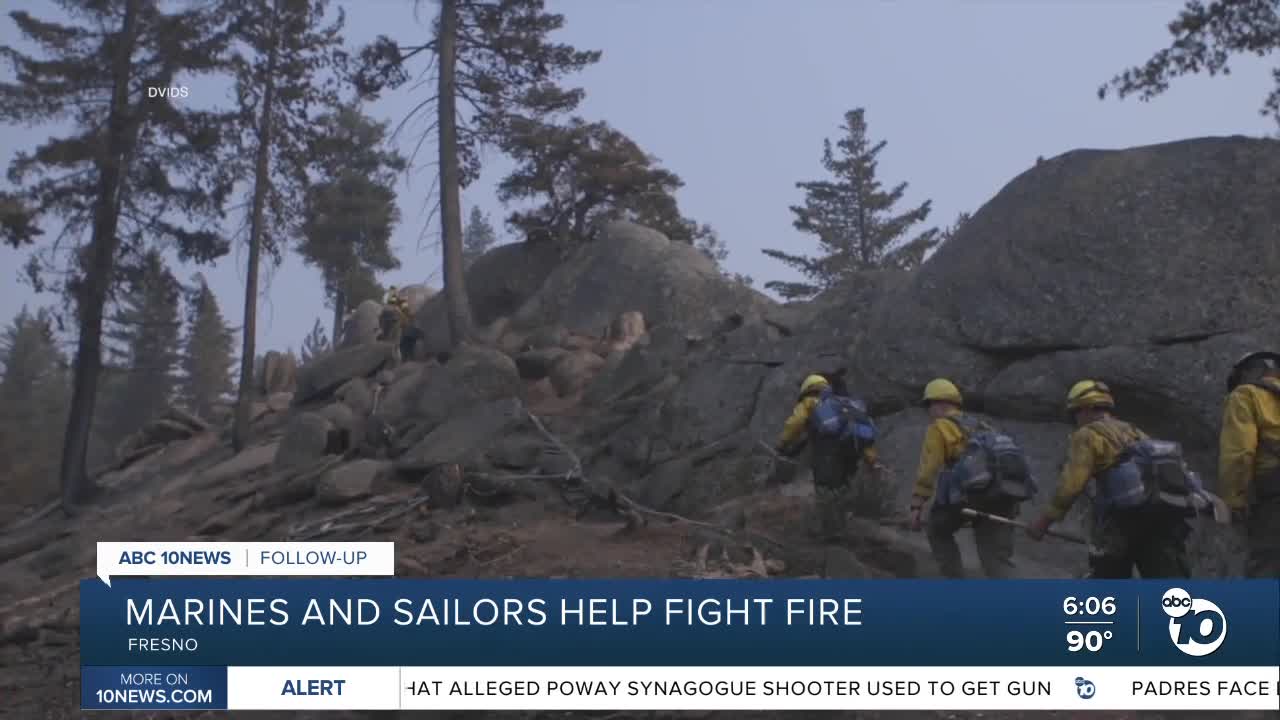 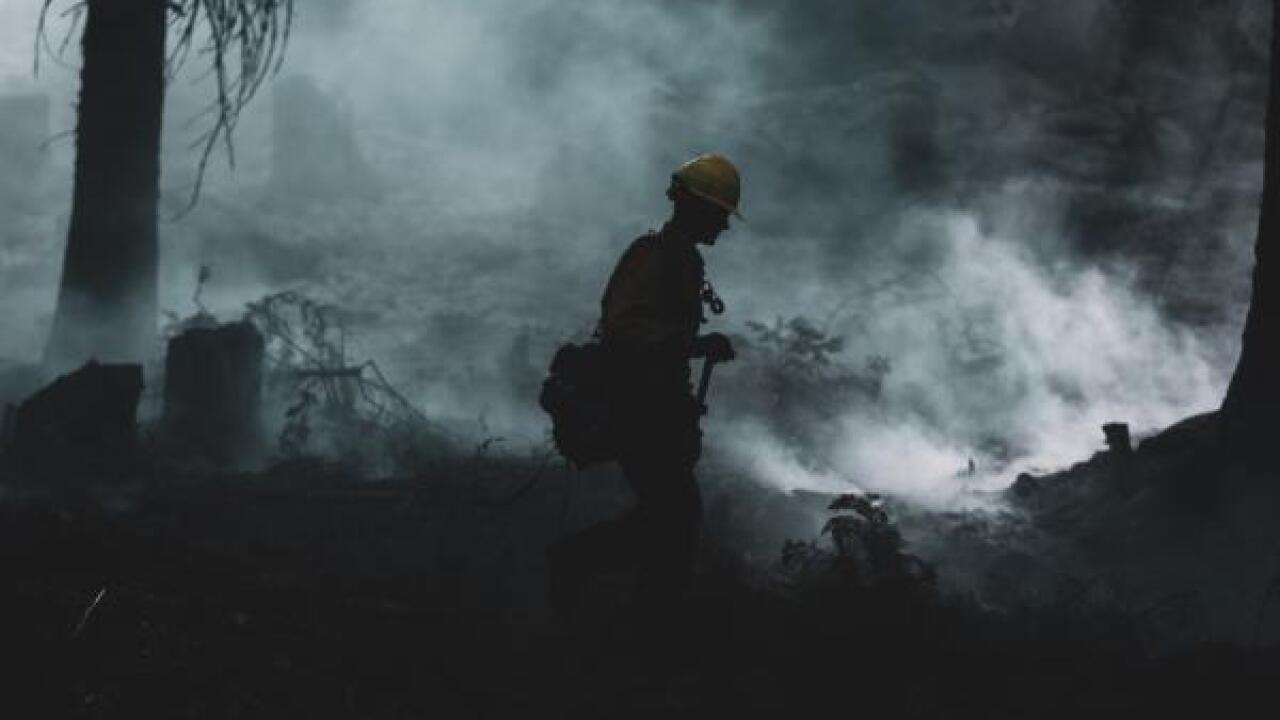 FRESNO, Calif. (KGTV) - More than 200 Marines and Sailors from Camp Pendleton have been helping in the Creek Fire fight for nearly two weeks.

"This is why Marines sign up, this is why they join the Marine Corps, is to serve," Commanding Officer of the 7th Engineer Support Battalion, Lt. Col. Melina Mesta said during a trip to The Sierra National Forest last weekend.

The 233 Marines and Sailors with the 7th ESB deployed September 19th after a day of firefighting training on Camp Pendleton. Lt. Col. Mesta said this task force is equipped with the right tools to pivot on a moment's notice to an unconventional mission like this.

"Like we say in the Marine Corps, 'Any Climb, Any Place.' We like to adapt to our environment and anything that is asked of us," Operation Chief Master Sgt. Juan Guillen said.

Mesta described the mission at the Creek Fire as a lot of manual labor, "really hard dirty work with some long hours."

"They're assessing any hot spots any areas that could potentially flare up." Master Sgt. Guillen said there is also a night shift that patrols with the same mission.

Master Sgt. Guillen acknowledged how difficult the work is and said Marines and Sailors appreciate what firefighters do. He said one of the differences in this work is where the heavy backpack filled with supplies sits on your back as a firefighter.

He said Marines are used to having a heavy pack that sits high up on the back. This versus what they use on the fire line, which is much lower, closer to the waist to allow for bending and work closer to the ground.

During their deployment, containment of the fire jumped 22% to 44%, making a tangible difference that hits close to home.

"It's an honor to be back here and help out the community. I spent a lot of time up here camping near where the Creek Fire's at." Master Sgt. Guillen said he grew up in Fresno, his parents were migrant workers in the fields.

He said he's thankful to see businesses nearby opening back up now that the fire's threat is dwindling.

"We're here to support as long as needed and the mindset of the Marines and Sailors that are out here is that mission accomplishment is our priority," he said.

All of the Marines and Sailors at the Creek Fire volunteered for this mission. They do not have an end date to head back to Camp Pendleton.