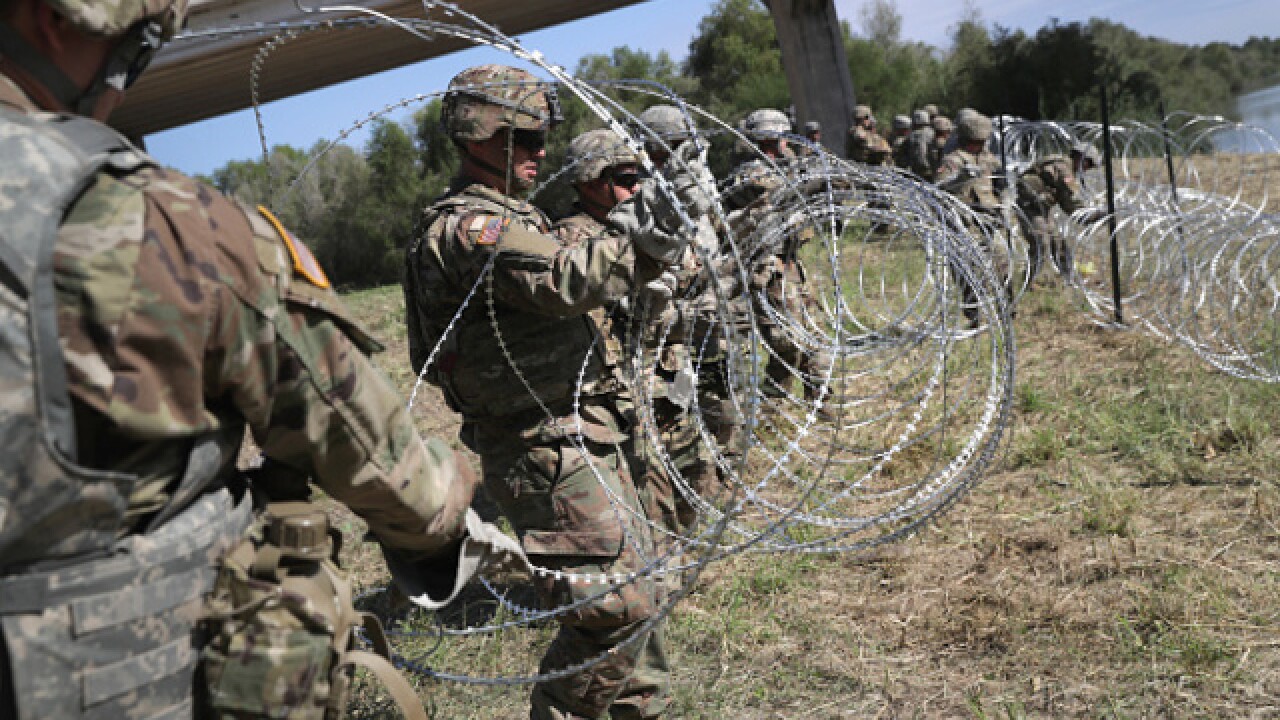 Copyright 2018 Scripps Media, Inc. All rights reserved. This material may not be published, broadcast, rewritten, or redistributed.
John Moore
<p>HIDALGO, TX - NOVEMBER 02: U.S. Army soldiers from Ft. Riley, Kansas install protective wire along the Rio Grande at the U.S.-Mexico border on November 2, 2018 in Hidalgo, Texas. U.S. President Donald Trump ordered the troops to the border to bolster security at points of entry where an immigrant caravan may attempt to cross in upcoming weeks. The troops in Hidalgo were from the 97th MP Battalion and had arrived to the Rio Grande Valley the day before. (Photo by John Moore/Getty Images)</p> 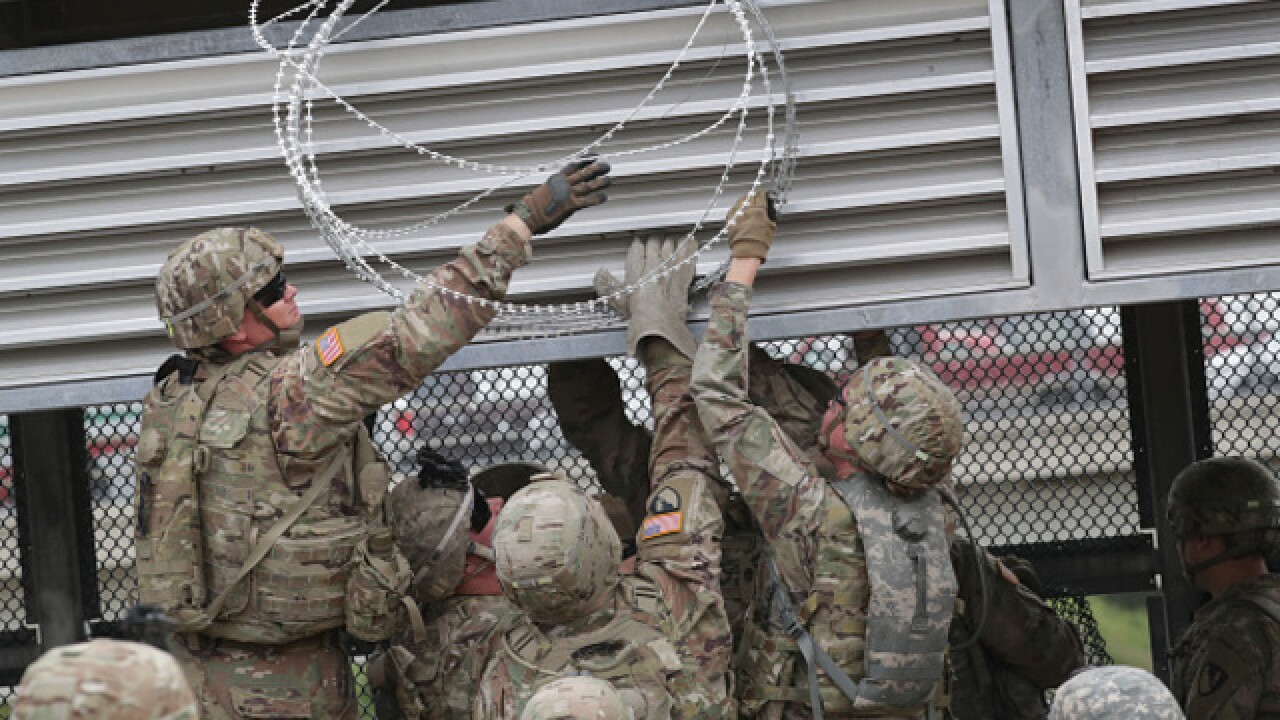 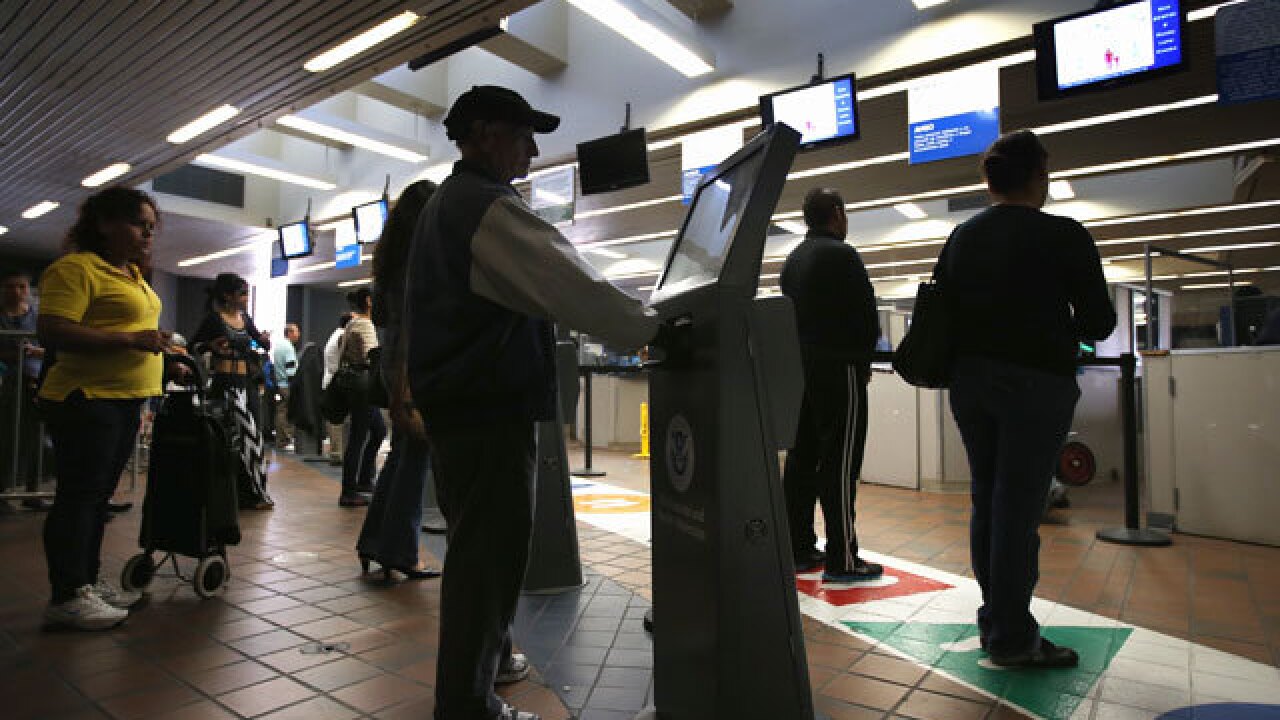 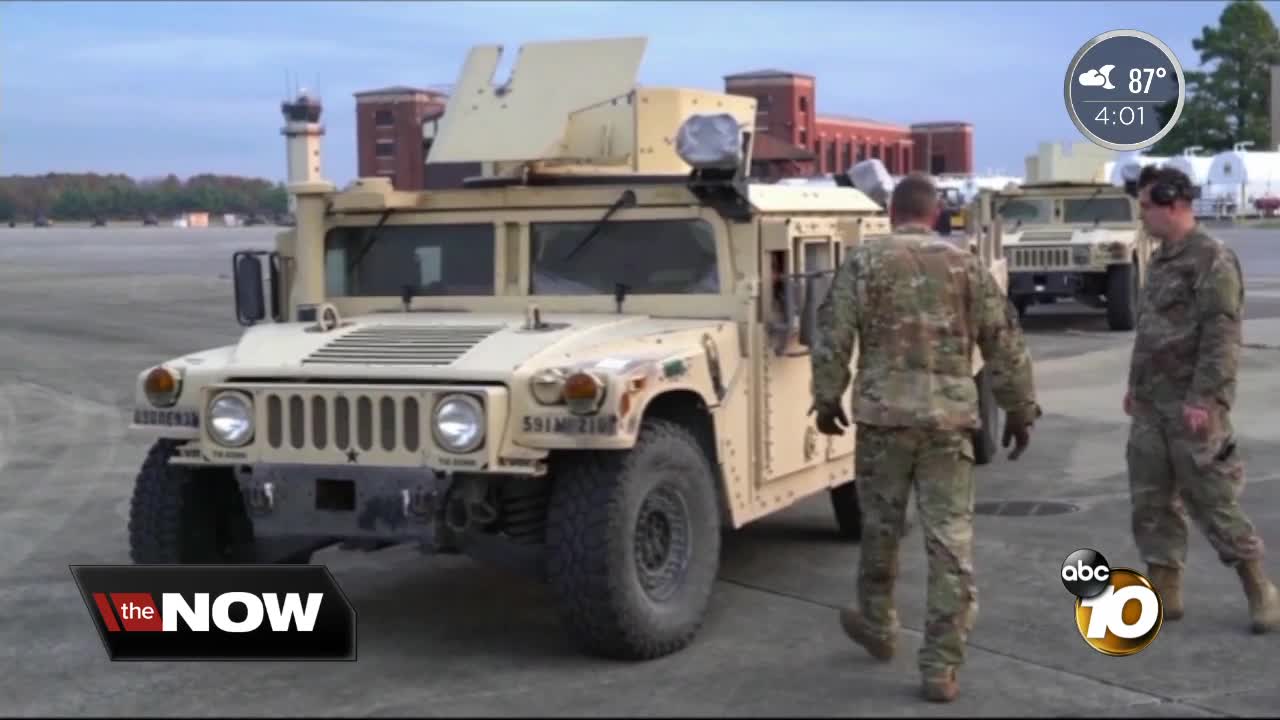 SAN DIEGO (KGTV) - Active-duty troops are deployed at or around the San Ysidro Port of Entry in southern San Diego County, the Department of Defense said Friday, marking the start of a military response to the U.S.-Mexico border amid immigration concerns.

More than 7,000 American service members have been deployed due to word of a migrant caravan moving up from South America, according to the Associated Press. The troops may eventually number 15,000, President Trump said Wednesday.

As of Friday, one week after the Pentagon acknowledged that Defense Secretary Jim Mattis had approved a Department of Homeland Security request for military support at the border, the troop deployment was still unfolding, with about 3,500 at staging bases in the Southwest. Of those, about 2,250 active duty troops are at staging bases in Texas, about 1,100 Marines are at Camp Pendleton in California and fewer than 200 are in Arizona.

Most of the troops are being used to facilitate the movement of border patrol agents, house them, feed them and provide some of their protection.

The Pentagon is adamant that active-duty troops will not do law enforcement, which they are forbidden from doing under the Posse Comitatus Act in the Constitution. Troops can't arrest people at the border. Their main job will be to support the Border Patrol.

Many of the troops will be armed. Military police at the border will carry weapons, although they will have non-lethal options for dealing with unexpected conflict. Pentagon officials say they are planning for a worst-case scenario of violence that could force soldiers to rely on their training to make split-second decisions to defend themselves or civilians. MPs might, for example, be dispatched to provide armed security for military engineers placing barricades at locations where there are no border patrol agents to provide protection.

One day after Trump suggested soldiers on the southwest border may open fire if migrants throw rocks at them, he insisted Friday that he meant that rock-throwers would be arrested. "I didn't say 'shoot,'" he told reporters at the White House. Either way, his scenario of violence captures in a nutshell the risk of using active duty troops for domestic security: Their mission does not include confronting migrants, but some may be unable to avoid it.

The commander in charge of the military operation, Air Force Gen. Terrence O'Shaughnessy, head of U.S. Northern Command, said earlier this week that handling migrants will be primarily the job of the Customs and Border Protection agency. But he acknowledged "there could be incidental interaction" between migrants and soldiers. In light of that possibility, the soldiers "are going to be fully trained in how to do that," he said.

Lt. Col. Jamie Davis, a Pentagon spokesman, said the military will not disclose details of its rules on the use of force.

RELATED: Troops at the border are limited in what they can do

In Texas, troops installed coils of razor wire on a bridge and riverbank near Brownsville. The same type of wire was visible in video released by the Pentagon showing staging in California’s San Joaquin Valley.

Some residents of Texas’ Rio Grande Valley expressed concerns to the Associated Press about a large military presence in the area.

Emmanuel Torres, 19, said the area feels "a lot like family," and he worries the military presence will fuel outsiders' perceptions of a dysfunctional border.

When the caravan arrives, the migrants may legally seek asylum.

Father Neil Wilkinson, known as ‘Father Pepe’, is part of the San Diego Rapid Response Network, which is gearing up to help the potential influx of migrants.

“All kinds of groups are getting together to put things together. If people cross, we want to receive them; people are hungry, they may need clothing. It’s just humanitarian assistance,” said Father Wilkinson.