Migrants take shelter beneath tarps, in tents as storm moves into Mexico 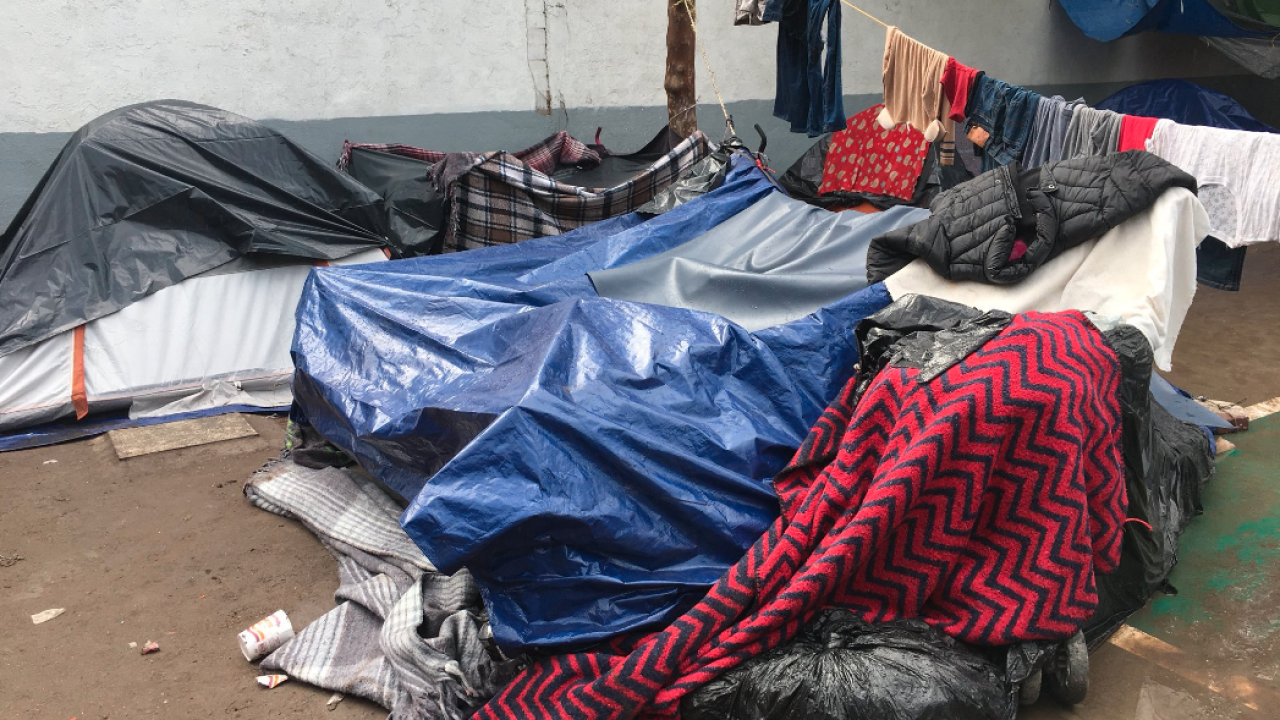 TIJUANA, Mexico. (KGTV) -- Migrants in Tijuana took shelter from the rain Thursday beneath tarps and in tents as shelters remained overcrowded.

Photos taken by 10News show makeshift camps where migrants hid in tents while others shielded themselves with tarps as rain drenched the area.

Many of the migrants waiting to claim asylum say they’ve lost hope following a clash Sunday in which hundreds of migrants rushed the border in a show of force.

PHOTOS: Migrants in Tijuana take shelter from the rain

Meanwhile, Mexico’s President-elect Andres Manuel Lopez Obrador’s government signaled earlier this week that it may be willing to house migrants while they apply for U.S. citizenship.

Mexico’s new foreign minister is also putting pressure on the Trump administration to contribute to development projects that would help create jobs in Central America.