Mermaid mysteriously placed on 'The Rock' at Sunset Cliffs 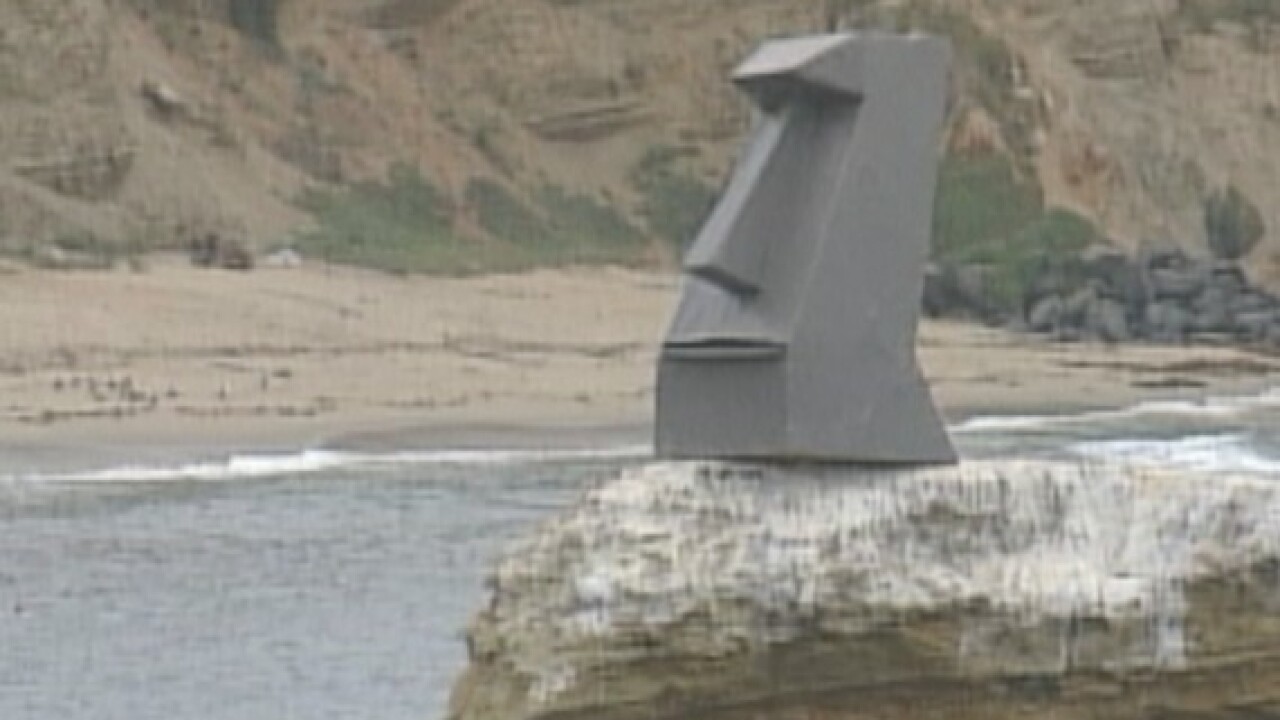 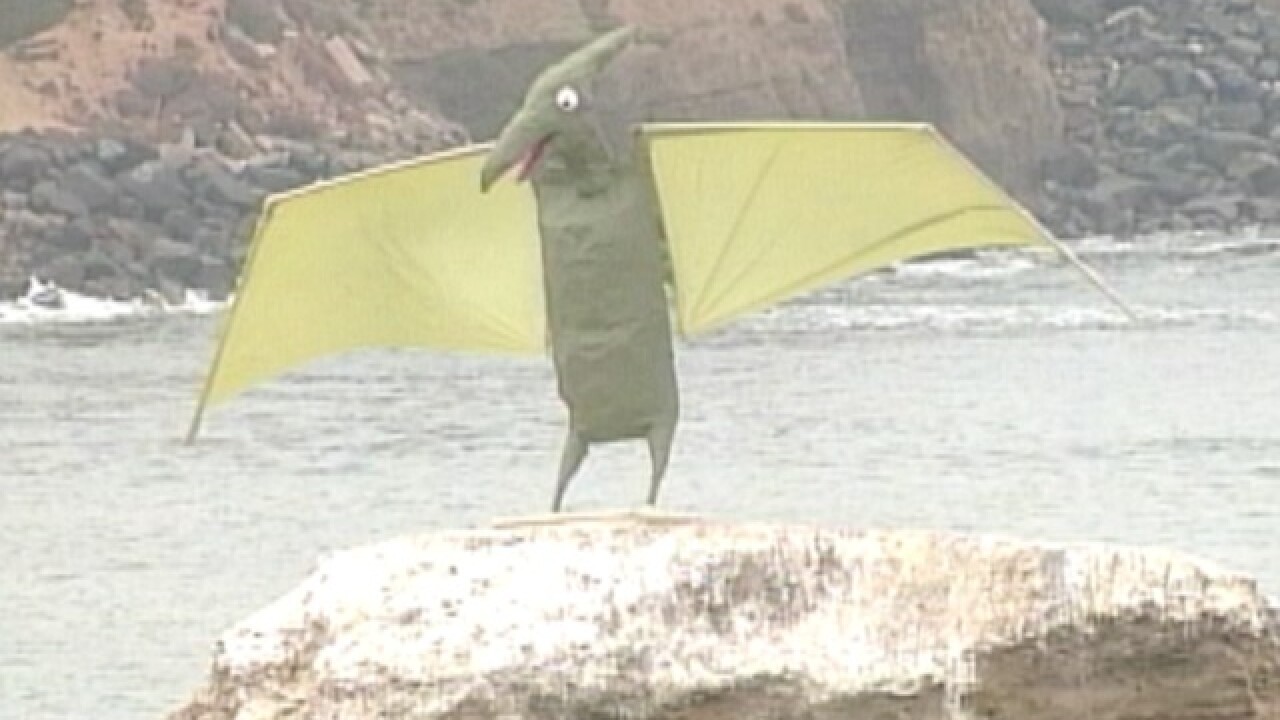 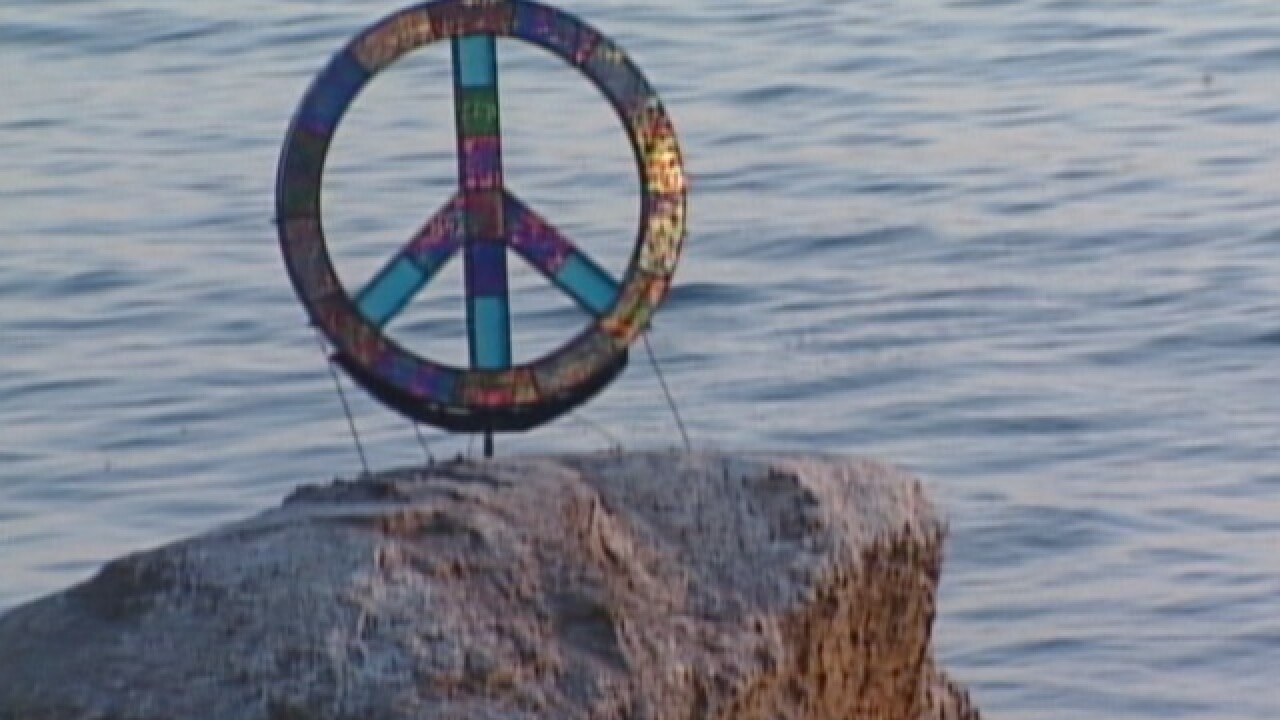 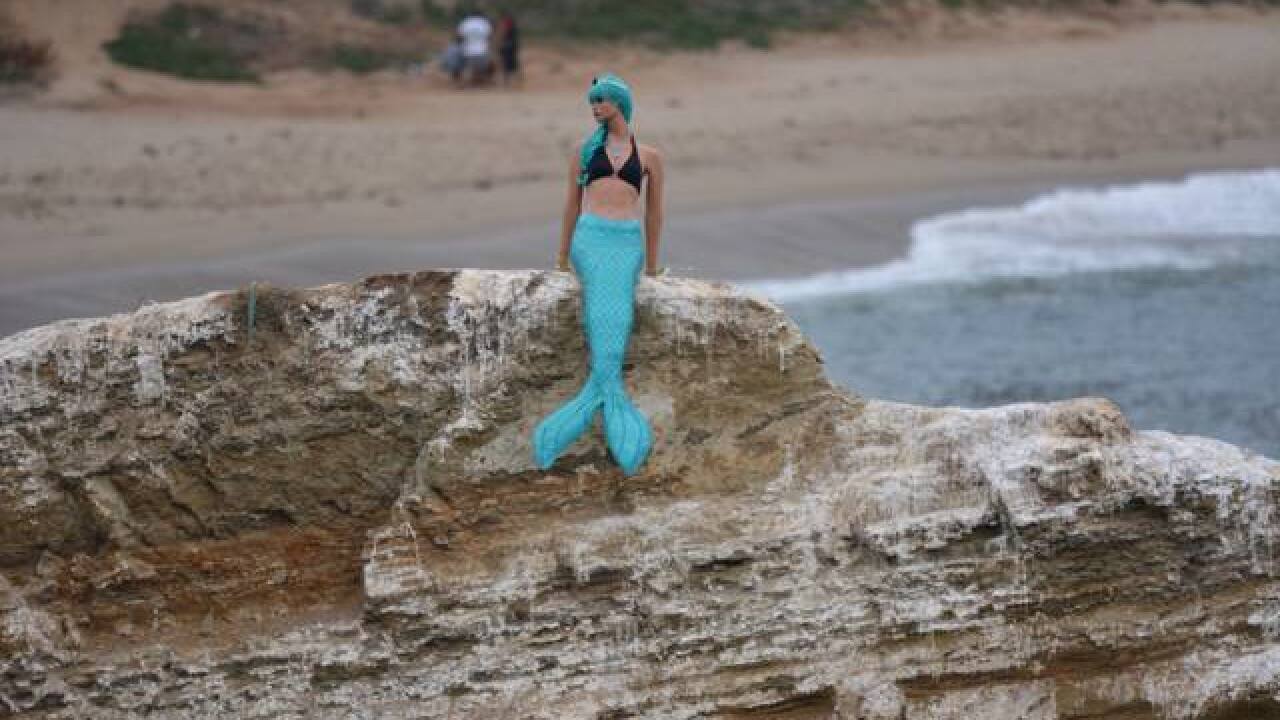 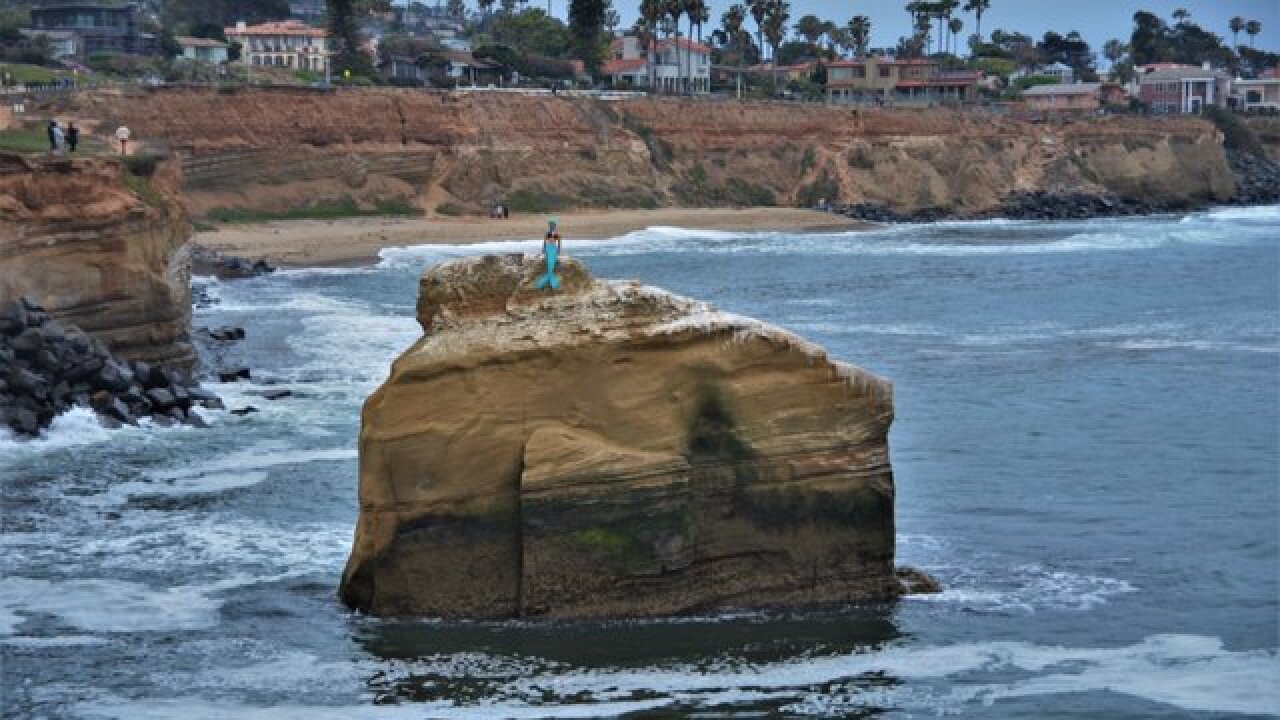 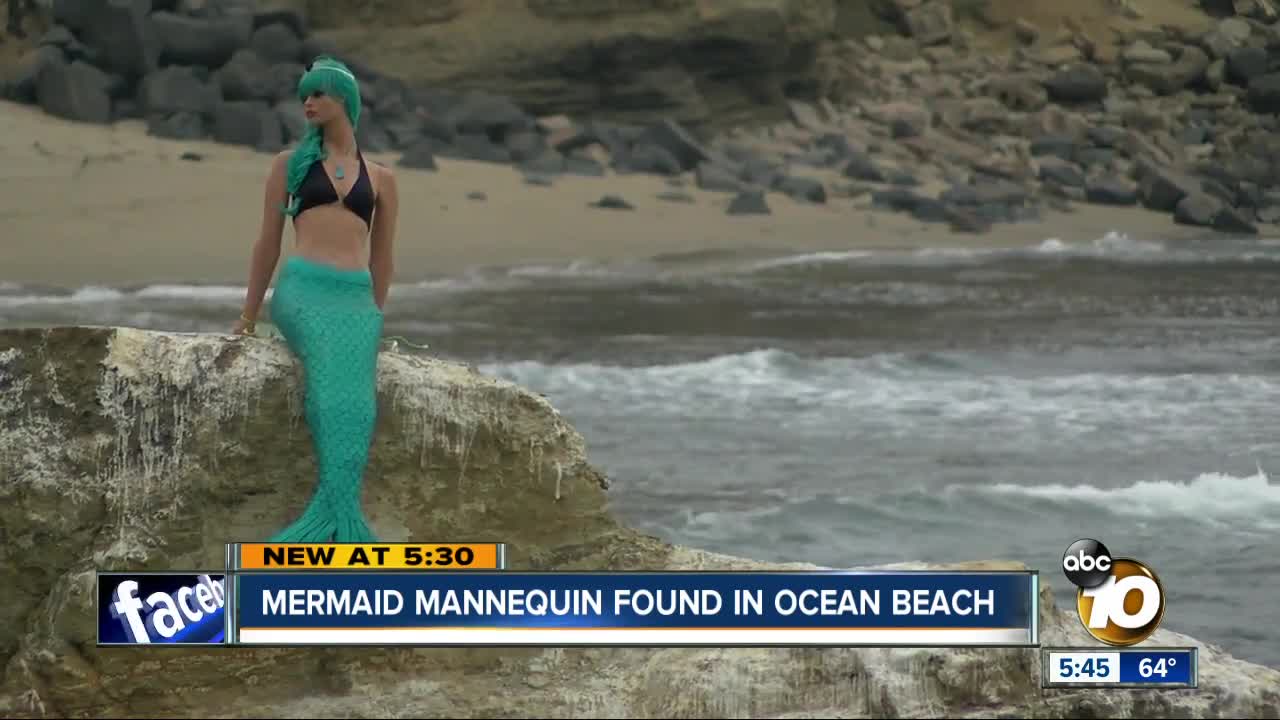 SAN DIEGO (KGTV) - Ross Rock, or as locals prefer "The Rock," has had its share of headgear.

The lone rock just off the coast from Sunset Cliffs Boulevard has been the target of vandals in the past and has again been crowned, this time by a mermaid.

It's not clear how the mermaid was installed on top of the rock. Its steep face makes it difficult for anyone brave enough to try and scale it.

BACK IN 2006: San Diegans finding peace atop Ross Rock at Sunset Cliffs

10News reporter Travis Rice is looking into this story and will have more on 10News at 5 p.m.

The mysteriously installed mermaid is just the latest object to grace "The Rock" at Sunset Cliffs. Placing objects on the Ross Rock has almost become a ritual.

In 2006, a large pterodactyl had sat atop the rock before being washed away. A peace sign, the numbers "2010" — local graduates, perhaps? — a Christmas tree, a tiki head, and at one point, a toilet with a Raiders fan wedged inside have all been found taking refuge from the waves below.

It remains unclear who makes the objects or how they have installed them in the past.

Time and again, however, Mother Nature or possibly another vandal has removed what's been placed.