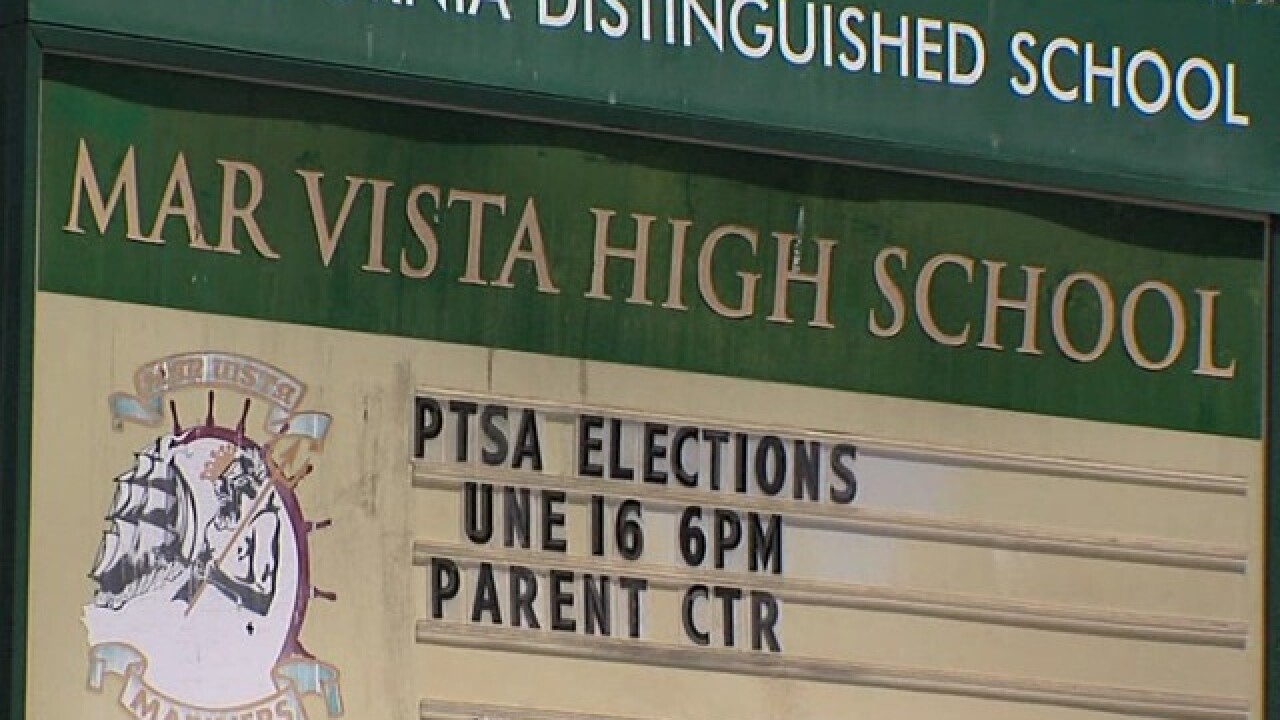 Instruction continued in classrooms but Mar Vista's doors were kept locked as part of the security measures, according to Manuel Rubio, public information officer with Sweetwater Union High School District.

The school district was working with the San Diego Sheriff's Department to investigate a possible threat posted to social media, Rubio said.

The threat was later determined to be unfounded, though the campus would have increased security through the day, according to Rubio.