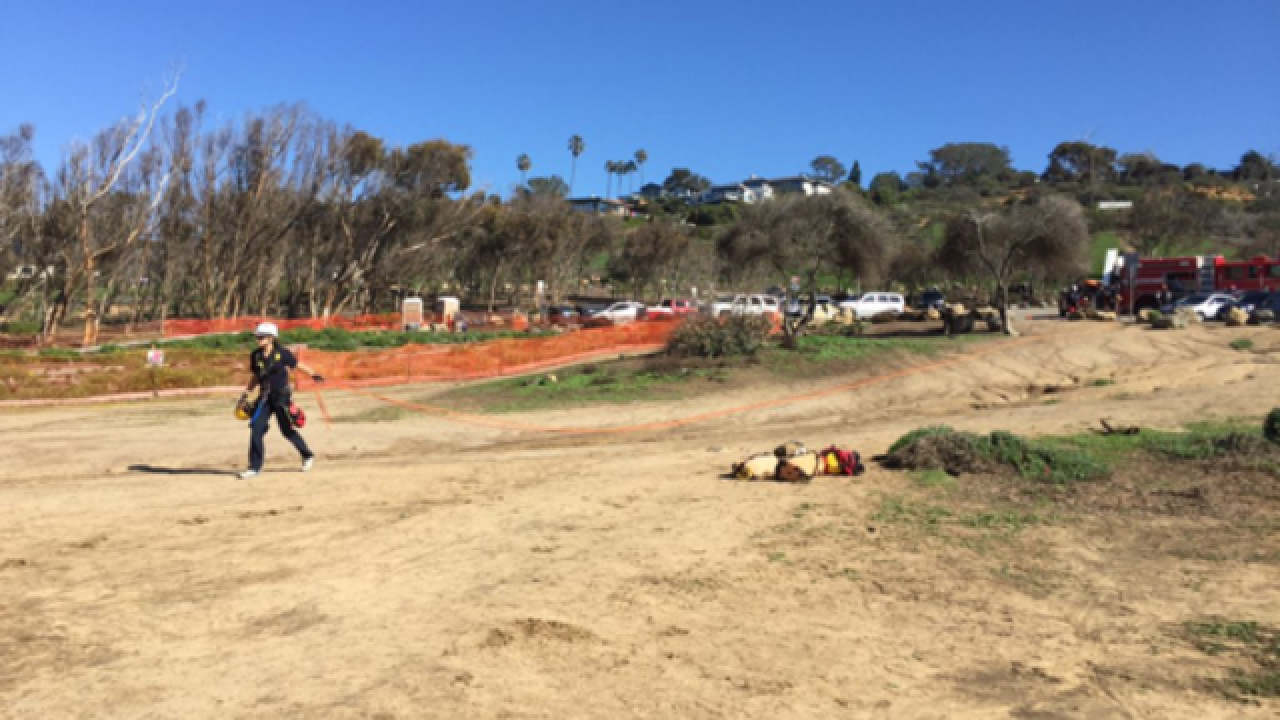 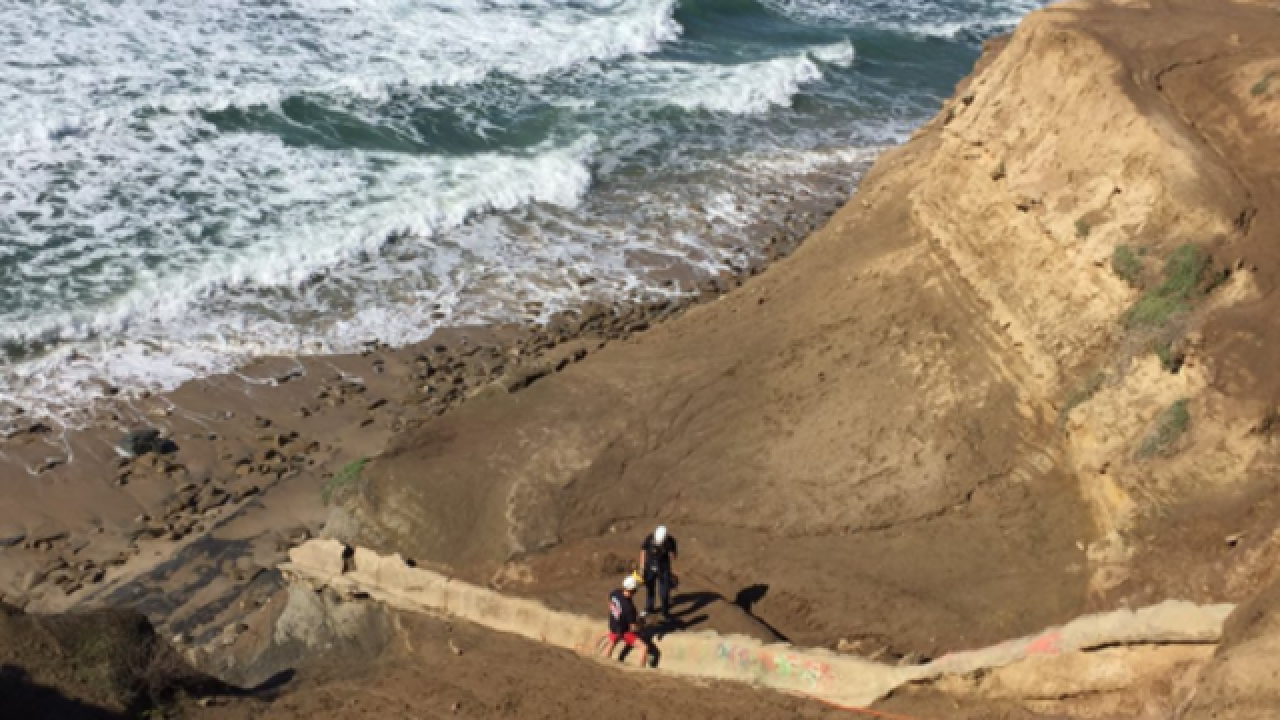 San Diego Lifeguards said the man was walking along the cliff and was soon unable to make it back up in his "intoxicated" condition.

As the man struggles to find his footing up the slope, he is seen in the video throwing his arm in the air, yelling, "Go Trump. Go Trump."

Lifeguards perform cliff rescue of a male who was intoxicated and unable to traverse the slippery slope at Sunset Cliff's. pic.twitter.com/WoMLMbeDdO

Abby Hamblin, with the San Diego Union-Tribune, captured the bizarre incident on Twitter:

Currently at Sunset Cliffs where an intoxicated man is resisting being rescued and yelling "Go Trump!" pic.twitter.com/moOF0H6fpG

Lifeguards said the man was not arrested after the incident.