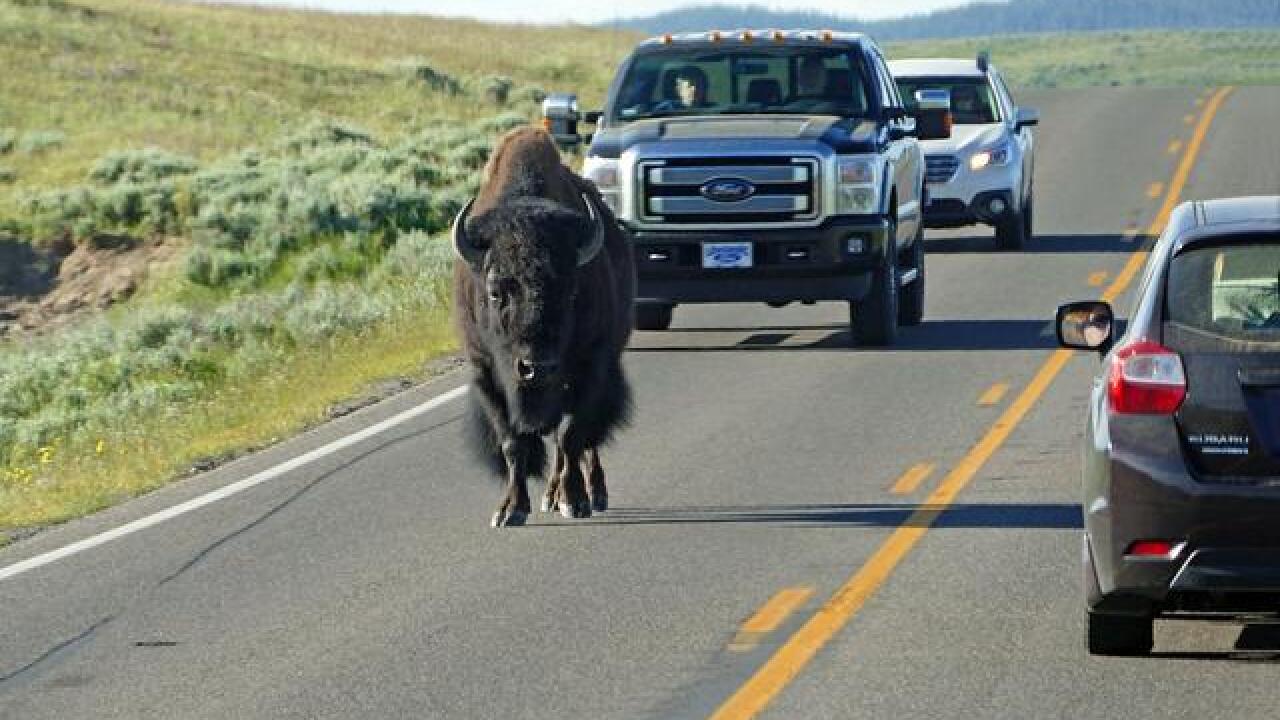 Copyright 2018 Scripps Media, Inc. All rights reserved. This material may not be published, broadcast, rewritten, or redistributed.
Yellowstone National Park

MAMMOTH HOT SPRINGS, Wy. (KGTV) — A man police say was captured on video taunting a bison at Yellowstone National Park this week has been arrested.

In the video, a man is seen Tuesday in the middle of traffic approaching the bison. He begins the taunt the animal, which becomes visibly agitated and charges the man multiple times.

After the footage was shared out, Yellowstone Superintendent Dan Wenk called the man's behavior, "reckless, dangerous, and illegal," on Facebook, adding those who ignore rules for distancing themselves from wildlife risk their lives and threaten the park.

Yellowstone requires visitors to keep at least 25 yards from animals like bison and elk, and 100 yards from bears and wolves.

Tuesday's incident wasn't Reinke's first recent run-in with law enforcement either, according to police. He had reportedly been visiting multiple national parks over the last week.

On July 28, he was arrested by law enforcement at Grand Teton National Park for drunk and disorderly conduct.

He then traveled to Yellowstone, where his vehicle was stopped by rangers on July 31. He was cited as a passenger for failure to wear a seat belt, after rangers said he appeared drunk and argumentative, the park said.

It's after this incident the park said they believed Reinke encountered the bison.

Rangers investigating the video believed Reinke to be behind the incident and had his bond revoked and an arrest warrant issued.

Rangers began searching for his vehicle, and he was located at Glacier National Park. Rangers there had received a call of two hotel guests creating a disturbance and identified one of the guests as Reinke.

He was booked into Yellowstone Jail to await a scheduled court appearance Friday.