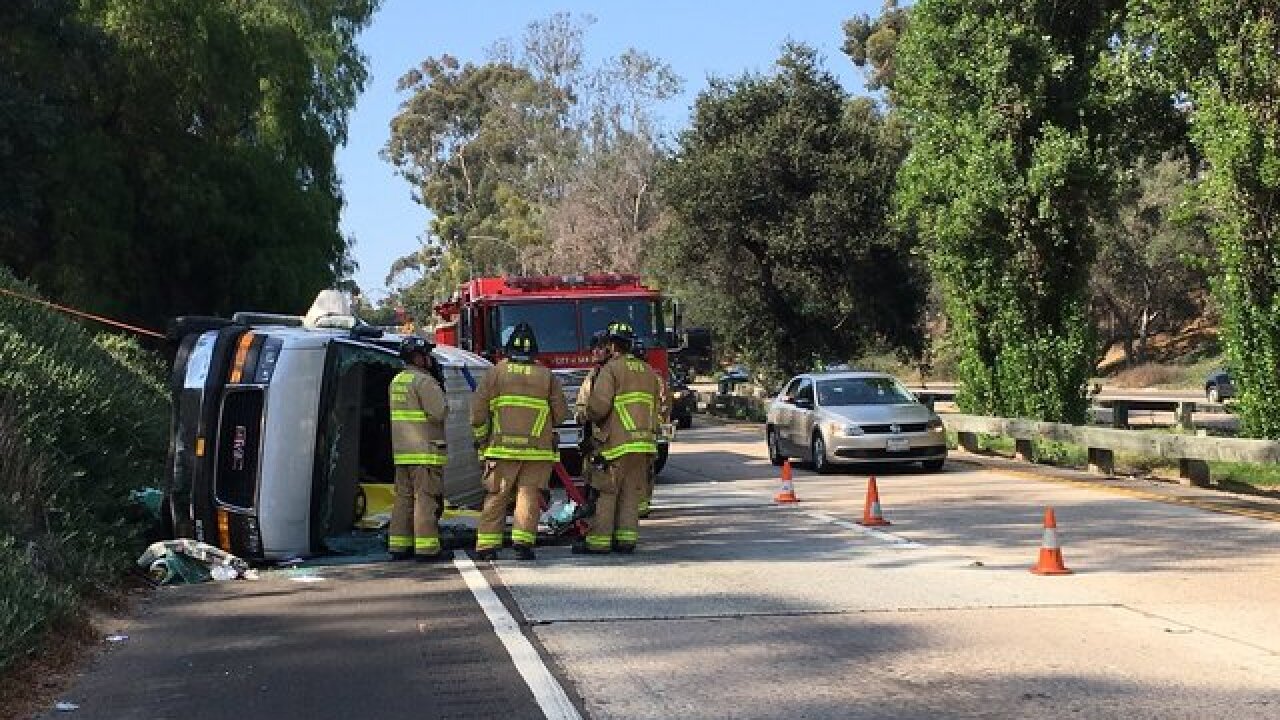 HILLCREST (KGTV) - A 69-year-old man died after crashing a rental van he was driving, according to California Highway Patrol.

The van was going around 20 miles per hour when it crashed. It landed on its side, so emergency responders had to cut open the top of it to reach the man. Unfortunately, the man was pronounced dead at the scene.

According to CHP, the man was helping his fiance move. Witnesses say he was driving slowly on the freeway and appeared to be passed out before crashing.

Traffic is backed up in the area. Try to avoid the area if possible.