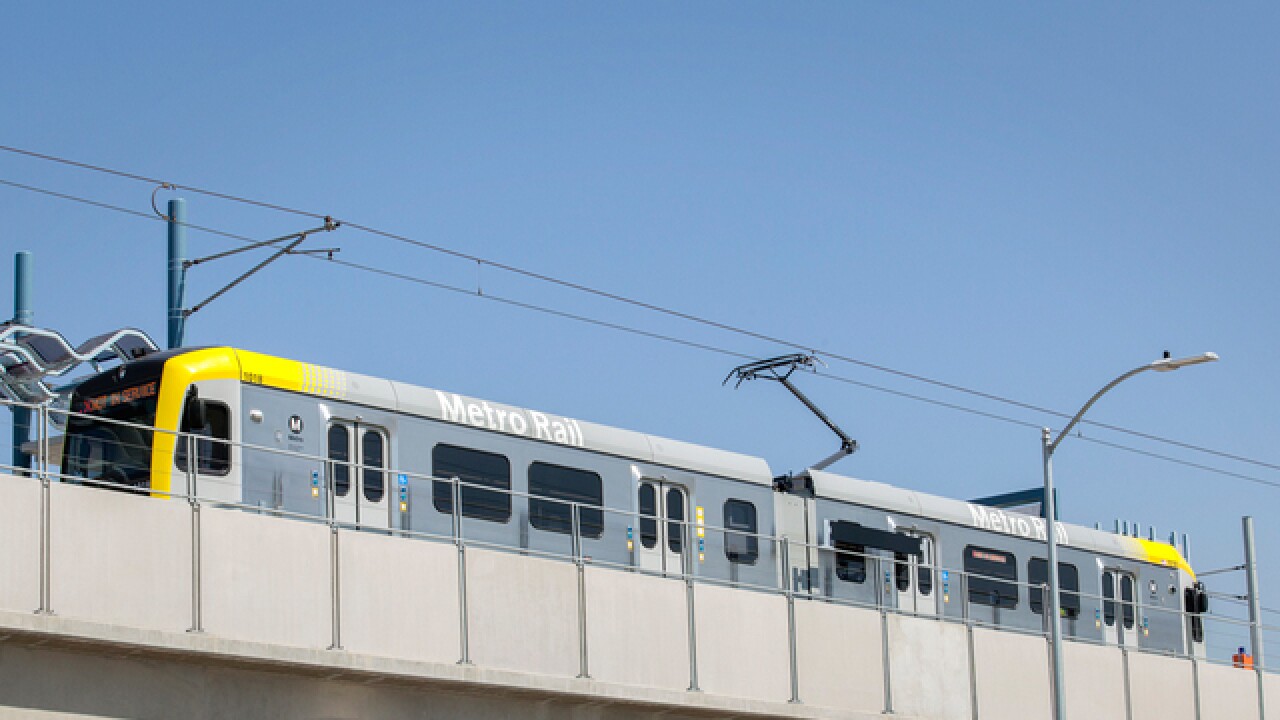 LONG BEACH, Calif. (KGTV) — Long Beach Police and transit officials are investigating whether a crime was committed this week when a man in a suit dragged an unconscious, partially naked man off a train, leaving him on the platform.

[Warning: graphic video] Cell phone video shows the moments when the man dragged the other man off the train at about 10:30 p.m. Wednesday. The man recording the video says the unconscious man had just suffered a seizure, Los Angeles ABC-affiliate KABC reported.

The man in the suit then grabs the unconscious man's belongings and tosses them off the train and returns to his seat.

Medics eventually arrive to help the unconscious man, who was taken to a nearby hospital. His condition is not yet clear.

Police and train officials are now investigating if the man in the suit committed a crime by dragging the man off the train.

"Obviously, this is very disturbing and we never want to see this on our system. We're getting all the facts including reviewing the video from the train and the platform," Los Angeles Metro officials told KABC in part through a statement.