Man arrested, accused of starting fire off SR-67 in Lakeside 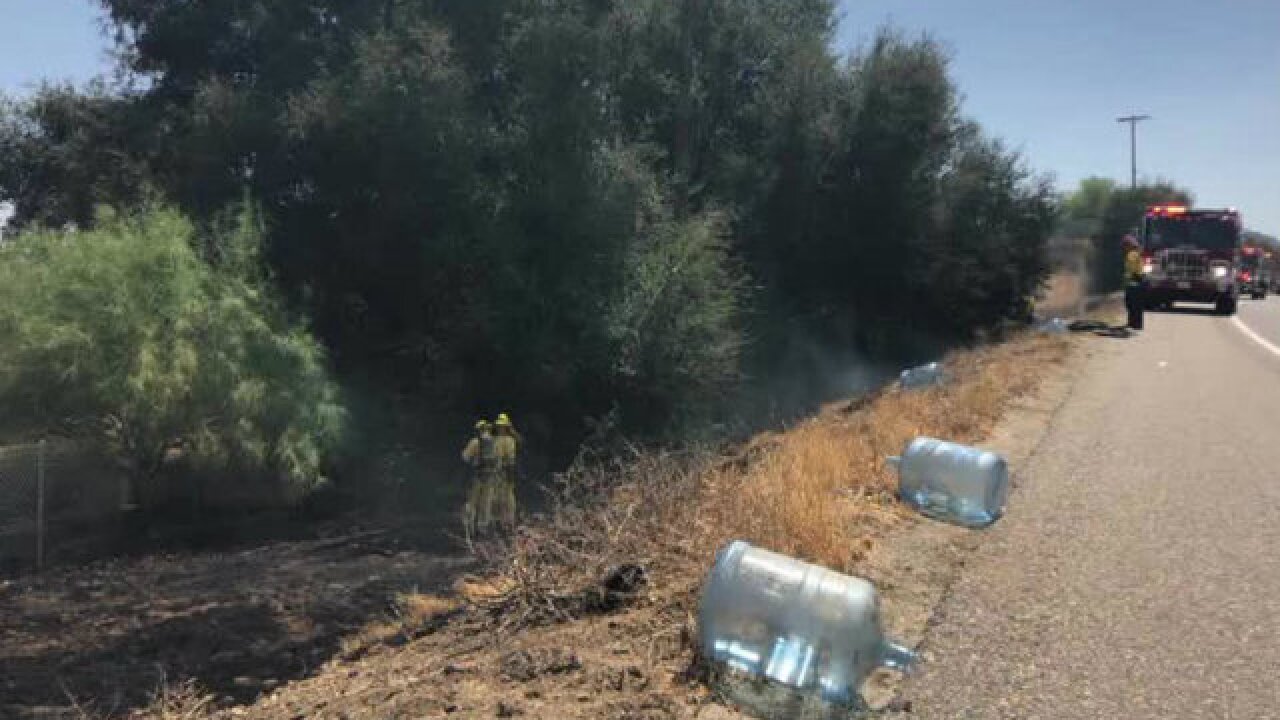 SAN DIEGO (KGTV) - A transient was arrested on suspicion of intentionally starting a fire that burned brush along state Route 67 in Lakeside.

The fire burned a half-acre, but firefighters were able to quickly put it out before it spread further. No injuries or property damage were reported.

#SparklettsFire [update] Both lanes of Hwy 67 are open in the area of the fire, please drive with extreme caution when in the area. pic.twitter.com/GWd8Ooohss