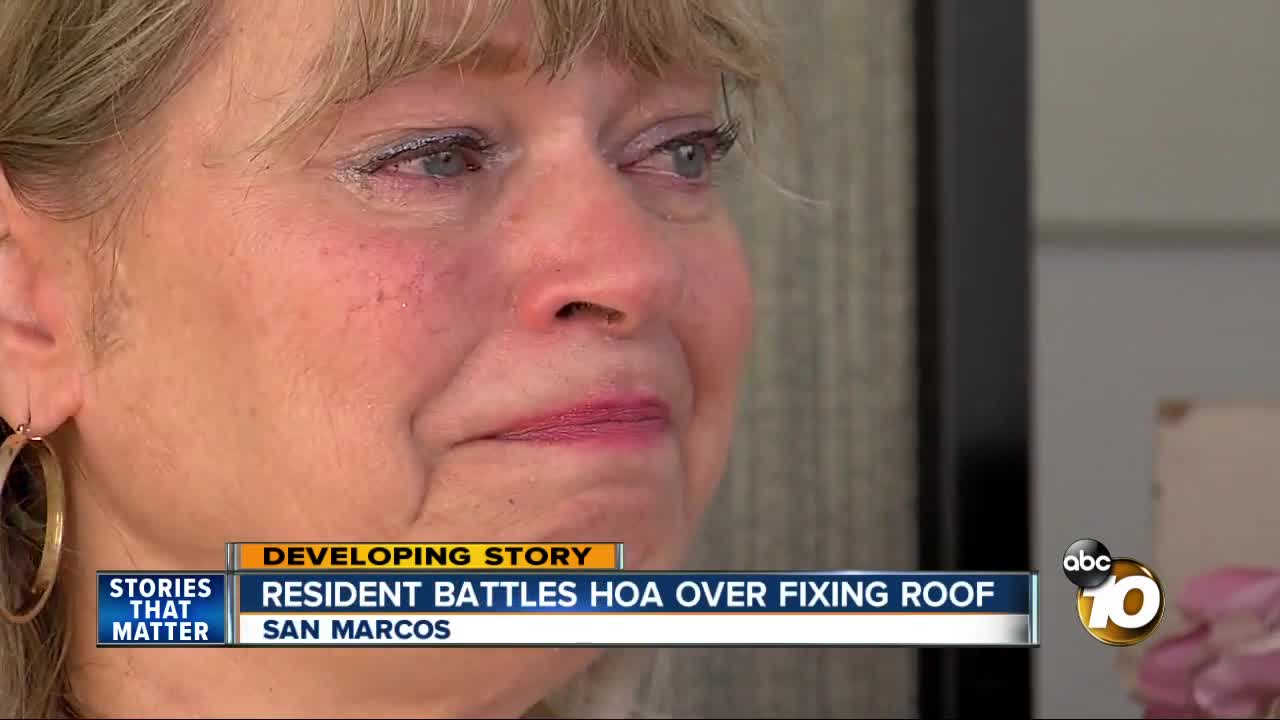 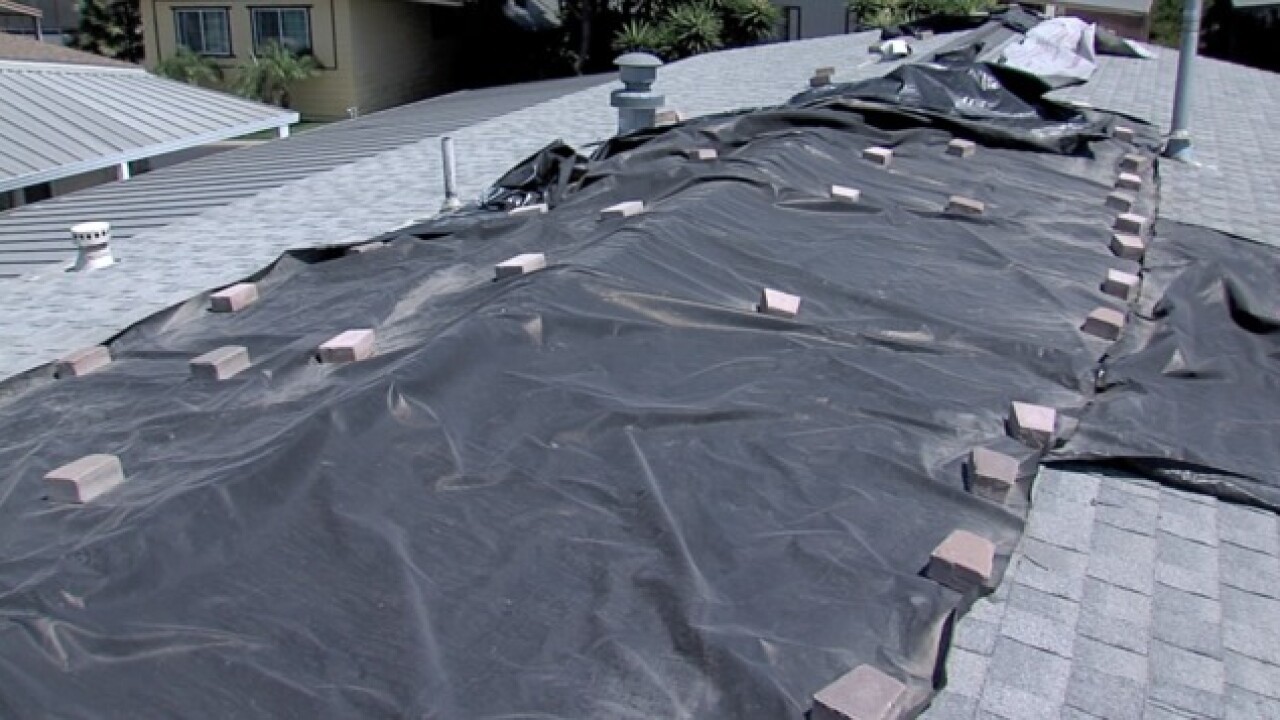 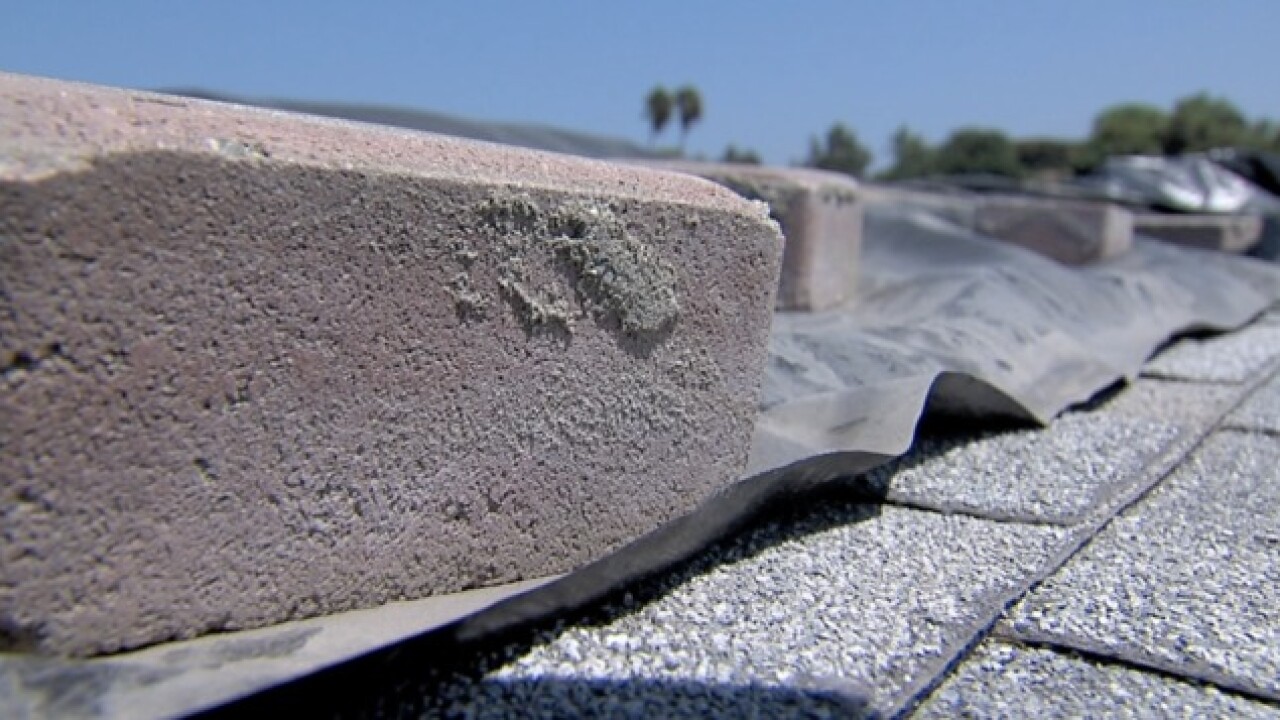 SAN MARCOS, Calif., (KGTV)-- A woman living at a low-income mobile home park is fighting to stay in her home after she says her Home Owners' Association (HOA) is threatening to fine her for things she cannot afford to repair.

“I didn’t choose to be a single woman, but I lost my family so now I’m in this situation," Summer Richards said.

The 63-year-old has lived in the low-income, Twin Oaks Valley Mobile Home Park in San Marcos for 24 years. She is on disability for a heart condition. With less than $1,000 a month, she manages to pay her mortgage, utilities, and $149  in monthly HOA fees, always on time.

“I survive a lot on dollar hot dogs at 7-11 and $3 pasta here in San Marcos, and you find the things that work," Richards said.

Richards keeps up with the exterior of her modest modular home as best she can. She has a bench, outdoor knickknacks, and fake flowers that decorate her entrance. The roof, however, has a black tarp draped over it. She says it is a temporary band-aid for a leaky situation.

“Up above, as you can see, here and over here," she pointed at the leaks inside her bathroom.

Richards did not think the leaks were anyone else's business, until two months ago, her HOA sent a letter explaining that she was in violation of park rules. Her unsightly tarp on the roof must be taken down.

“I cannot afford another roof," she said, in tears.

In the last two decades, Richards said she had one complete roof installation and another substantial repair. Unfortunately, both failed her. Contractors estimated $6,000 for a new roof, which she says is financially impossible. Richards then attended her HOA hearing, and even sent a written response.

“I made it very clear in my letters how financially strapped I was, and I thought that should have been sufficient," Richards said.

But it was not. Unless Richards presents a repair plan to the HOA by September 14, 2018, she will face a fine, up to $200/month. As the deadline approaches, so does hopelessness.

All she can do now is pray for a guardian angel, who may be able to help her financially, legally, or emotionally.

10News reached out members of the HOA. They said they were not legally allowed to discuss personal cases. They referred us to the management company, International Pacific Asset Management Group. They have not responded to our numerous attempts for a response.