SAN DIEGO (KGTV) - The City of San Diego Tuesday released the first Housing Inventory Annual Report to show what it has accomplished toward the housing goals established by Mayor Kevin Faulconer and the City Council.

More than 70 percent of San Diegans can’t afford to buy a house at the county’s median home price of more than $500,000, city officials said.

Key findings in the Housing Inventory Annual Report include:

“The need to build more housing that people can actually afford has never been more critical as the dream of homeownership is becoming out of reach for more and more San Diegans,” Mayor Faulconer said. “The numbers in this report are a sobering reminder of the crisis we face to build housing and the importance of tracking the progress of the reforms we’ve implemented to spur new housing construction in the coming years. You can’t change what you don’t measure, so I believe sharing this information with the public is important as we push for civic action on permit streamlining and housing reforms.”

The report includes figures on the rising cost to rent or buy throughout the city. A chart included in the repot shows that, since 2013, the cost to own a single-family home, condo or townhouse has been on a steady increase. 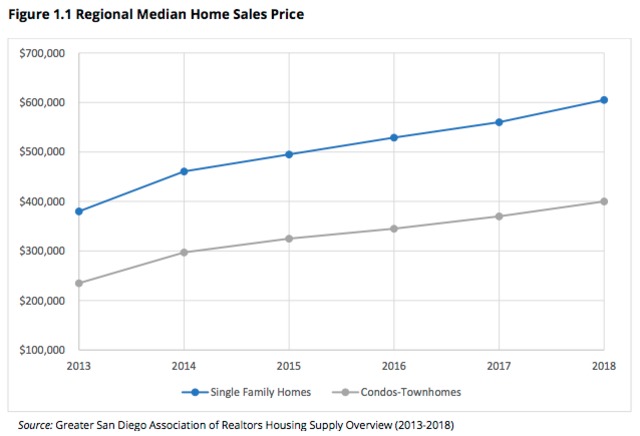 Similarly, rent throughout the city has seen a steady increase from 2013 to 2017. The cost to rent a three-bedroom apartment appears to be increasing at a faster rate than other types of rental units. 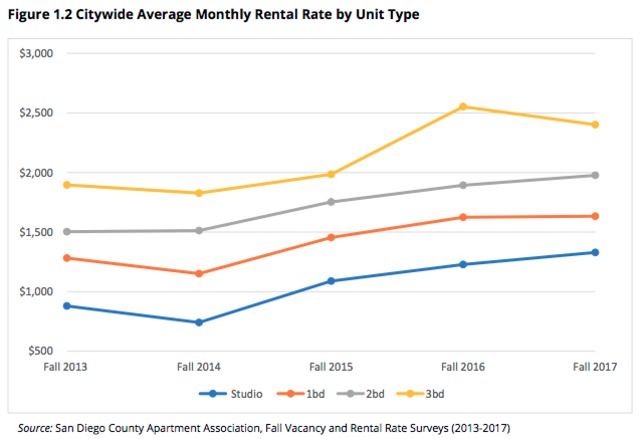 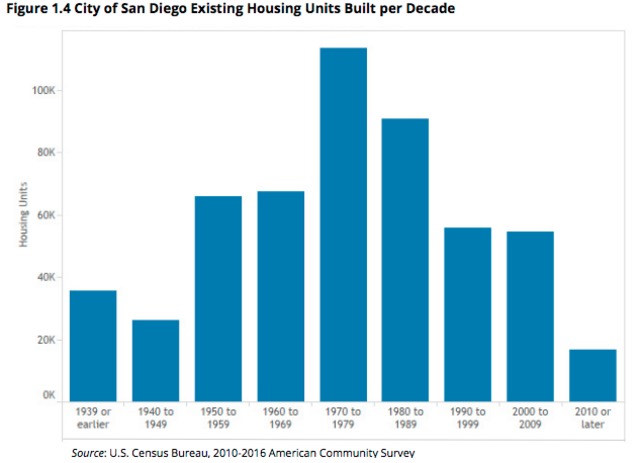