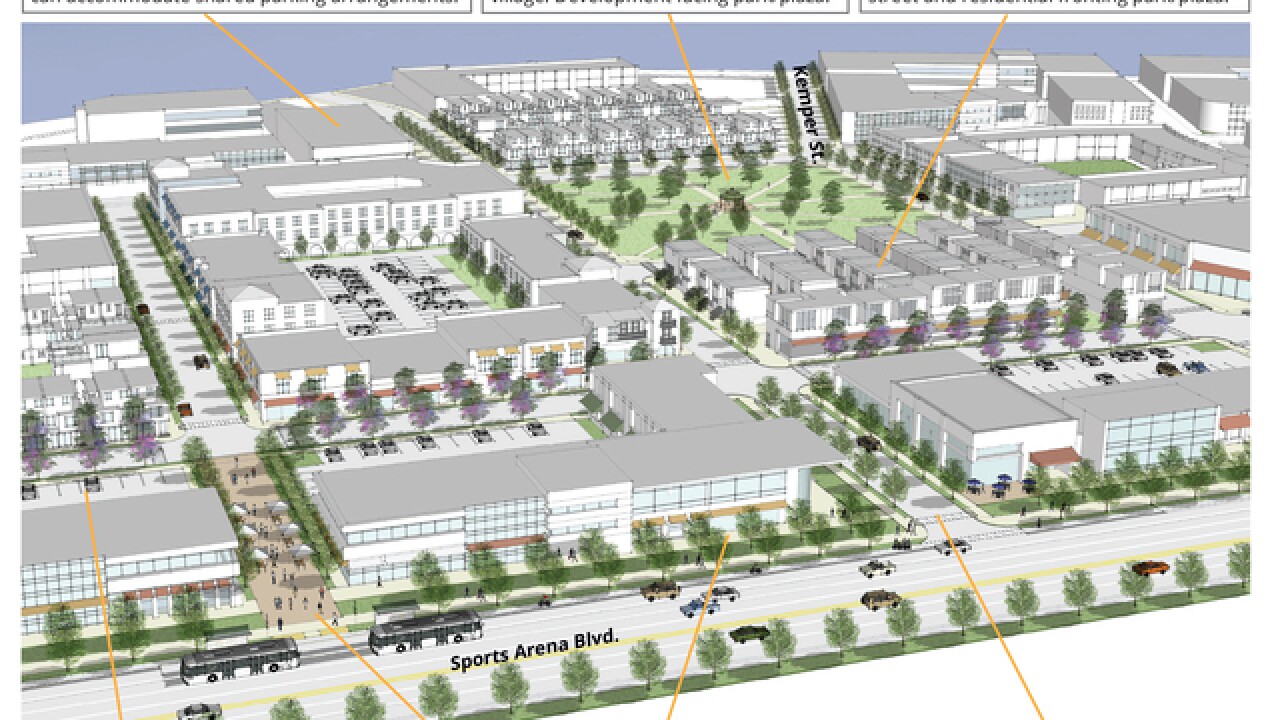 Copyright 2018 Scripps Media, Inc. All rights reserved. This material may not be published, broadcast, rewritten, or redistributed.
<p>What Midway area could look like after massive renovation</p> 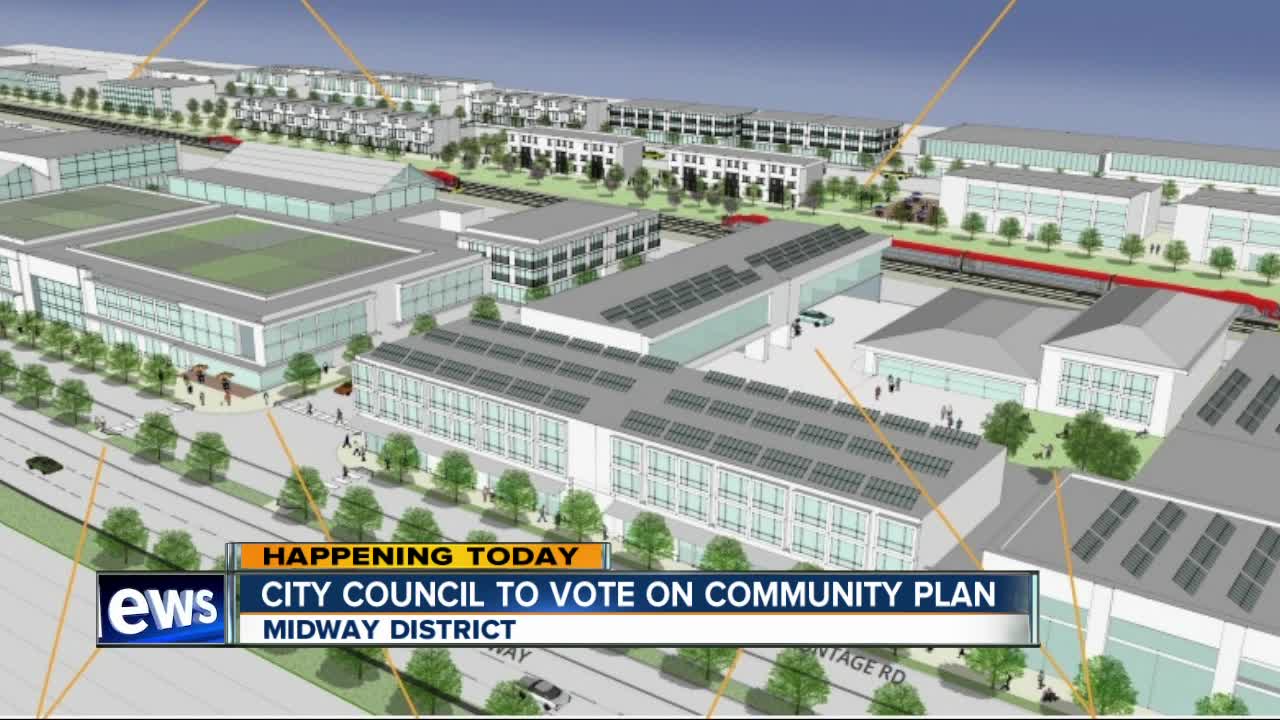 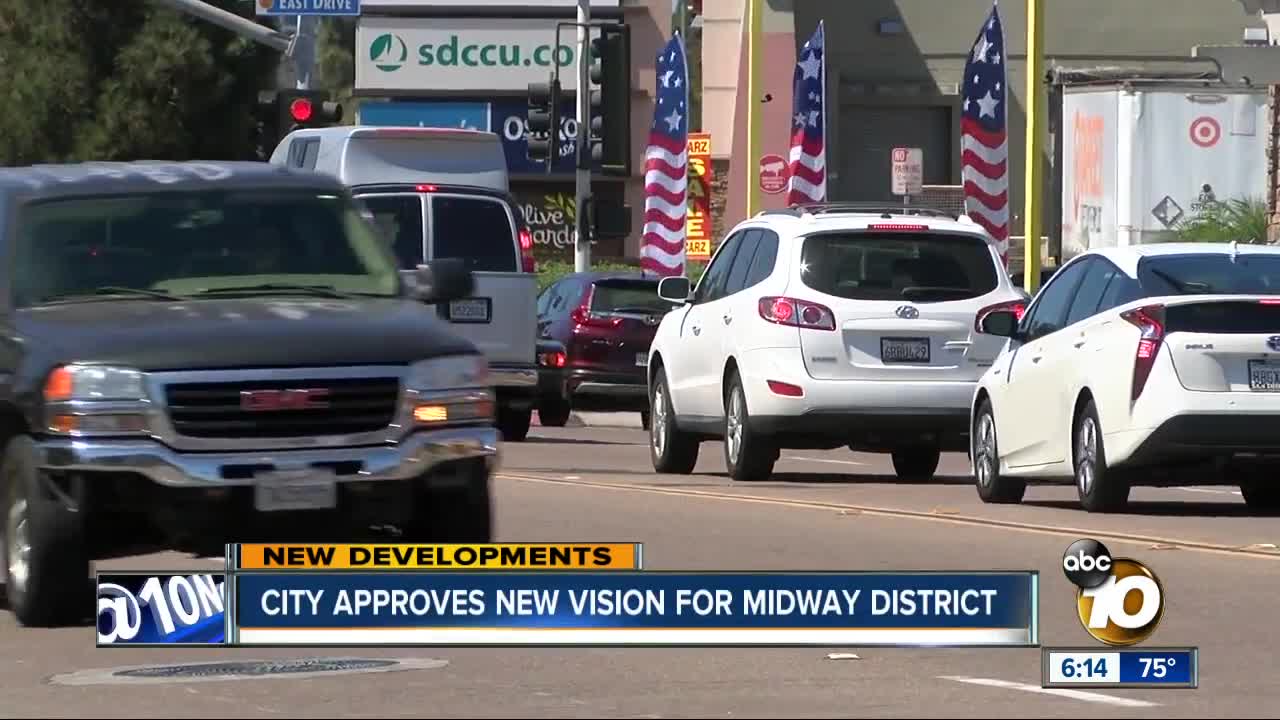 SAN DIEGO (KGTV) - The San Diego City Council approved Monday on a plan that could drastically change the look of the Midway District.

The Midway-Pacific Highway Community Plan would more than double the number of homes around Midway Drive, the Sports Arena and the Pacific Highway corridor north of Little Italy.

Supporters of the plan said the project would also add 4,000 more jobs to the area.

“This will set the stage for the type of development we want to see in the Midway area like more housing and jobs for residents and a revitalized entertainment district that all San Diegans can enjoy,” said Mayor Kevin L. Faulconer in a press release. “We’re doubling down on our strategy of focusing new development around transit and job centers as we rebuild our city for the future.”

The city of San Diego owns the land where the Sports Arena sits, but the lease on the land expires in 2020, opening up nearly 43 acres of city owned land for private development.

Opponents of the plan, who mostly come from Point Loma and Ocean Beach, said they believe the issue of traffic has not been properly addressed. Five people addressed the City Council opposed to the plan on the grounds that it did not do enough for affordable housing.