Making It in San Diego: What to know about using Tijuana airport's Cross Border Xpress 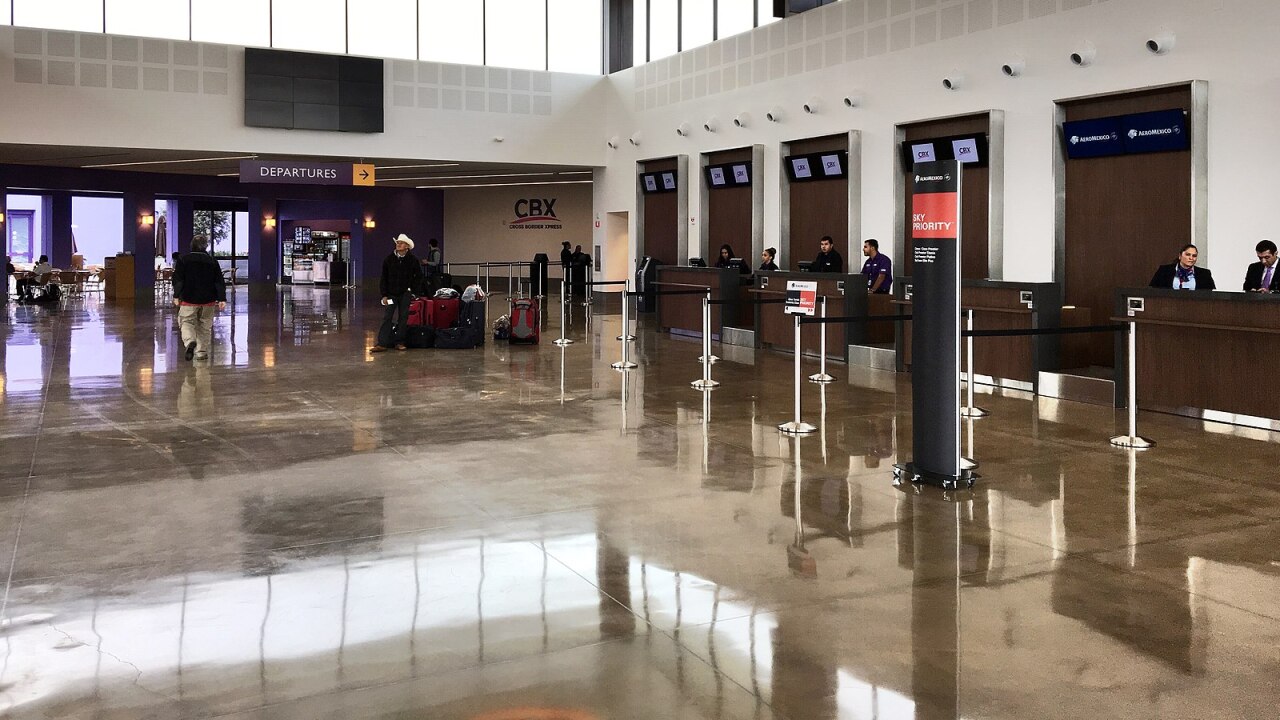 OTAY MESA, Calif. (KGTV) - Want to save money on your next international flight? Tijuana’s airport can be a cost-cutting alternative to San Diego’s Lindbergh Field via the Cross Border Express (CBX).

Passengers must have a plane ticket and passport to use the CBX. Only travelers may use the bridge; the CBX is not an open border entry.

There is a $30 fee to use the CBX, which can be purchased online or on-site.

Concessions, including Starbucks, are available at the CBX.

In addition to flights throughout Mexico, there are two non-stop flights available to China.

Flights from Tijuana can be up to 40 percent cheaper than leaving from the U.S., according to CBX officials. Traveling within Mexico cuts down on airline fees and taxes.

HOW TO GET THERE

Travelers can drive to Otay Mesa and park in one of the CBX secured lots, which CBX officials say are well-lit and secured 24 hours a day. Daily parking rates start at $15.

The CBX is also serviced by rideshare companies and taxi services.