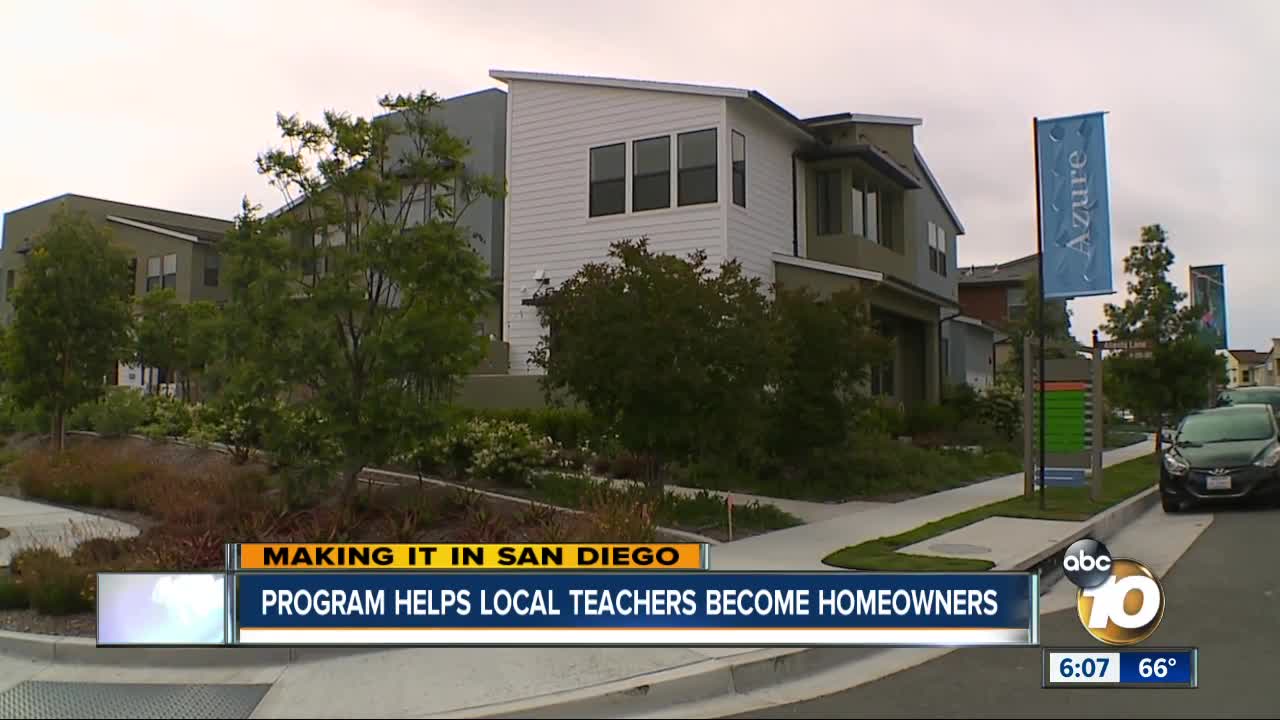 SAN DIEGO (KGTV) – A new program vows to help buy houses for teachers who are working on making it in San Diego.

“It's not huge to a lot of people, but it's more space than we've ever had,” says Amy Noble as she takes us on a tour of the new house that she and her husband, Eric, bought in South Orange County.

They’re high school educators and got married years ago, but home ownership seemed impossible for them.

“The rent for apartments was so much that we really didn't have a good opportunity to save,” says Amy.

Lowy says the company has already helped about 200 educators buy homes in expensive cities like Denver, Los Angeles and Seattle. Now, the company is making its way into San Diego.

“[Teachers] are so important to the safety and well being and health of our communities and yet a lot of them don't see a future in the communities,” Lowy adds.

Landed reportedly gives educators half the down payment for the house. In exchange, educators share 25 percent of the investment gain or loss with Landed. Educators have 30 years to exit the partnership by selling or refinancing.

RELATED: Making It In San Diego: How housing got so expensive

“They'll pay back that original investment, so the original half [of] the down payment, plus or minus a portion of the appreciation,” Lowy tells us.

The Nobles partnered with Landed and tell 10News that they have no regrets.

Lowy says Landed hopes to eventually help other essential members of the community like nurses, firefighters and police officers.