Making It in San Diego: Hiring growth reported in all San Diego fields 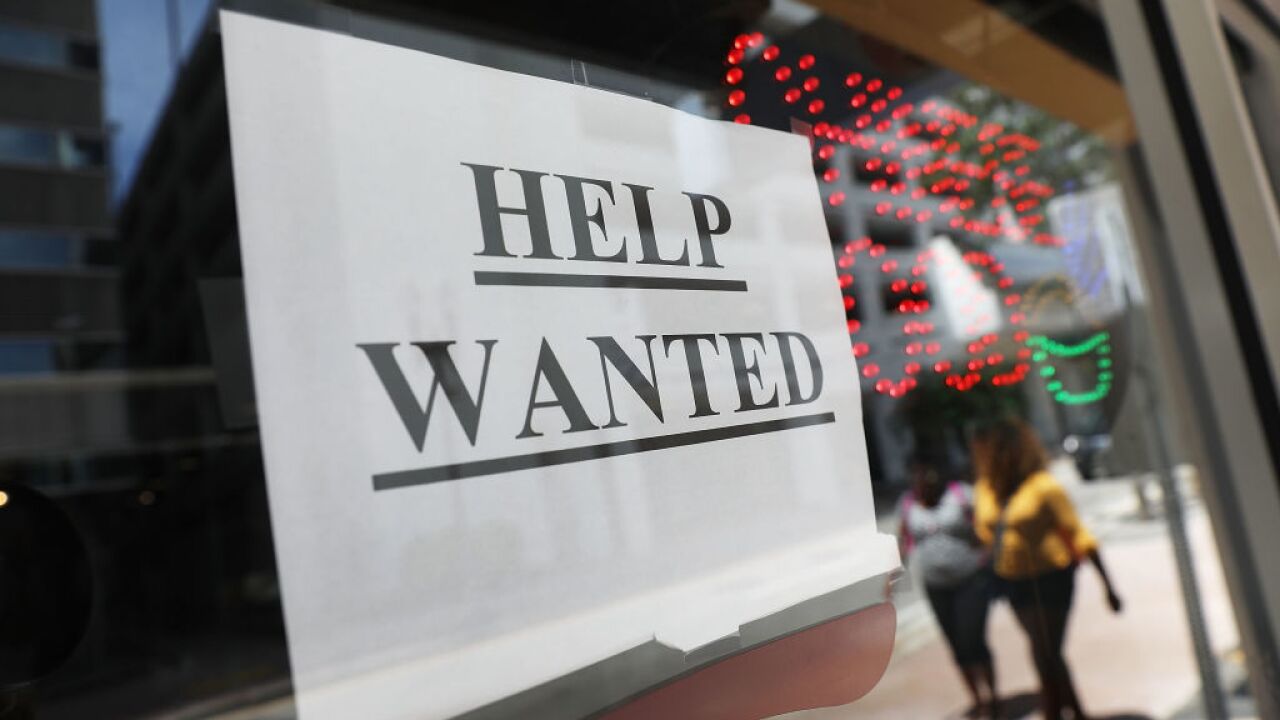 Joe Raedle/Getty Images
MIAMI, FL - JUNE 01: A "help wanted" sign hangs on a window of a restaurant on June 1, 2018 in Miami, Florida. The U.S. economy gained a stronger-than-expected 223,000 jobs last month and the unemployment rate edged down to an 18-year low. (Photo by Joe Raedle/Getty Images)

The largest increase was posted in the construction field, with 2,200 jobs added. The boom was likely due to improving weather in April after an unusually rainy winter, experts said.

Other growing industries included Education and Health, and Professional and Business, which added 1,000 jobs. The Government and Leisure and Hospitality fields each grew by 900 jobs. The smallest growth was reported in the Information field, with 100 jobs added in April.

The San Diego Workforce Partnership reported the most year-over-year growth in Education and Health, with 7,600 jobs added.