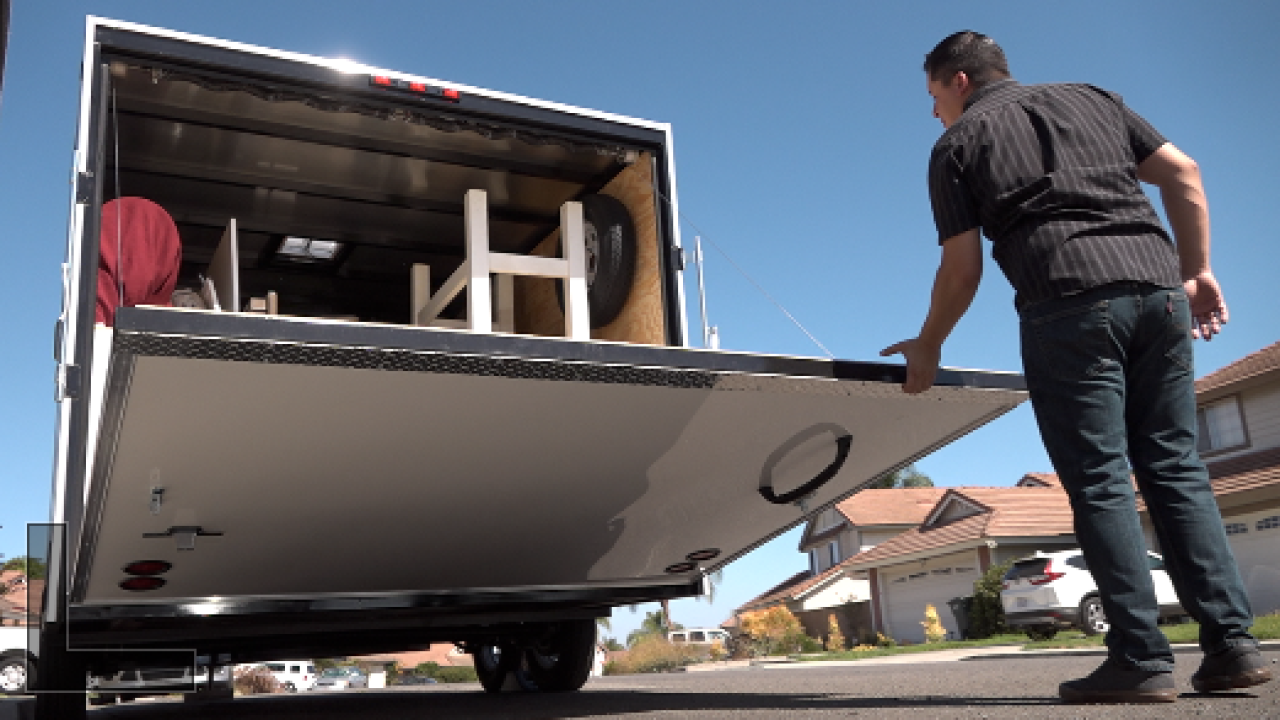 SAN DIEGO (KGTV) - After paying off over $133,000 in debt, a San Diego family is packing up and leaving California.

10News first began following Josh and Amanda Williams' journey when they had just $10,000 of debt left to pay off. Amanda documents their journey on Instagram and has since gained a following of over 70,000 people.

"Before I got a budget I would basically just go to a store and see something I wanted and swipe, buy it, and then not really know how much money I had in my account. So I was living kind of in a crisis mode," said Amanda.

While the couple could reach their retirement goals in San Diego, they want to do it faster.

So they made a drastic decision to move to Austin, Texas, where their company has another office where they can work while keeping their California salaries.

Looking at a comparison cost calculator, the couple will save in almost every area.

"Income tax is number one, state income tax. Yep. Rent we'll be saving a couple hundred there, and then just general, gas and food," said Amanda.

"FIRE is 'Financial Independence Retire Early,' and basically that means trying to save 50 percent of your income so that you can retire early or have options to be able to choose what you want to do with your life instead of having to work until you're 65," said Amanda.

Their goal is to retire early and sail the world.

The two were able to become debt-free by following Dave Ramsey's 7 Baby Steps while attending Financial Peace University. The baby steps include saving for emergencies, paying off all debt, and building wealth.

The two made many sacrifices, like living in a small apartment and saying no to friends when invited to outings.

"It's been great for us being on the same page financially; I know a lot of people aren't," said Josh.

The couple also plans to earn passive income in Texas by purchasing a duplex and renting out the other half to help pay their mortgage. You can read more about the couple's decision to leave San Diego in Amanda's blog.

10News has solutions for San Diegans who don't choose to leave.

In Point Loma, a grandmother built a granny flat on her property to finance her retirement. With a $90,000 investment, she's earning an extra $2,700 a month.

An Ocean Beach woman chose to sell her home rather than deal with costly upkeep.

California also launched a state-sponsored retirement plan targeting employers who don't have options for their workers.