Making It in San Diego: Builders warn of lack of middle-income housing construction 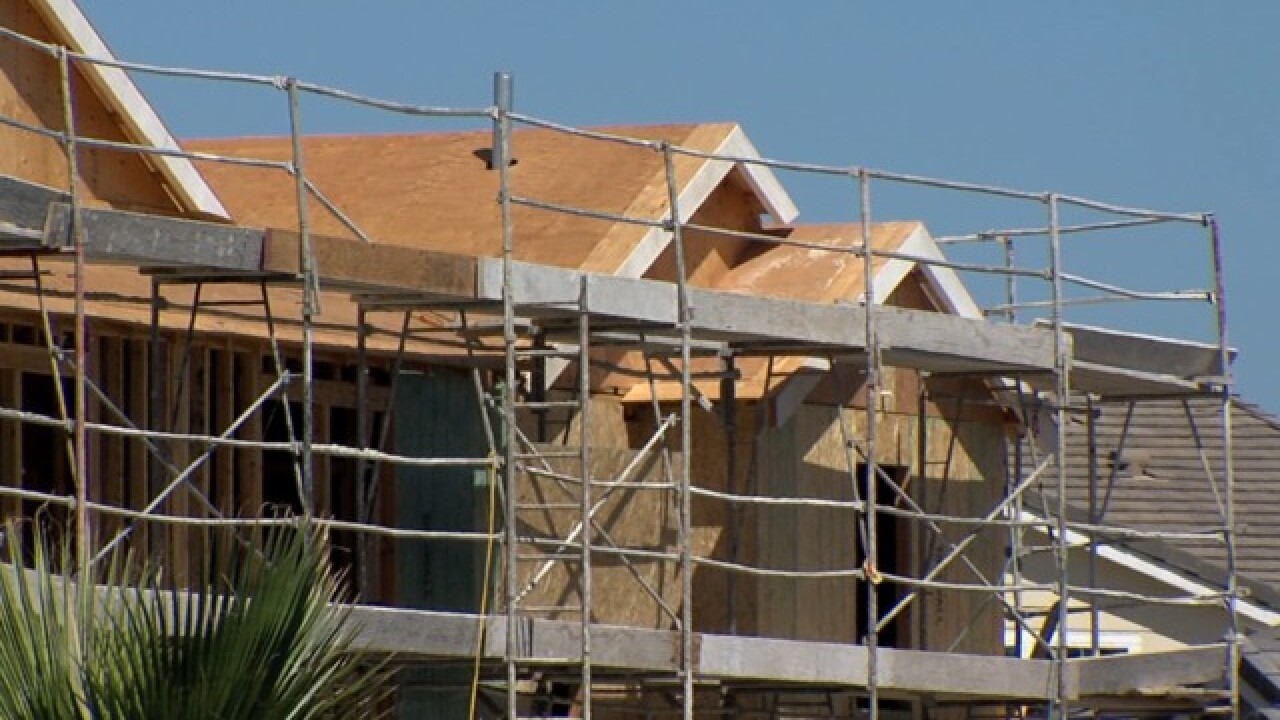 Borre Winckel claims the housing ladder in San Diego is gone and new construction of middle-income housing in the county is non-existent.

"The cost to construct middle-income housing units exceeds the pocketbook of the people who either rent or lease those units,” Winckel said.

He said a fast-tracked project can take five or more years and a large project consisting of more than 1,000 housing units can take more than a decade, if it gets approved at all.

Over-regulation is causing the bulk of the holdup, according to Winckel.

“One of the barriers is getting the project approved through 45 different state and local agencies, which takes forever,” Winckel said. “And a California regulatory or legal environment that promotes NIMBYism [not in my back yard] and anti-housing folks.”

Winckel said rules, red tape, and fees developers pay carve out on average of 40 percent of the cost to produce the units. That means developers make that money back by building expensive housing or subsidized, low-income housing, he explained.

"What we really need at the state level is anti-NIMBY statutes, new laws that make it difficult to say no to a project,” according to Winckel.

10News met Linda Cha as she was packing up her North Park apartment.

"High rent, it keeps increasing and I can't catch up,” Cha said.

Cha has lived in San Diego since the 1990s. She's headed to North Carolina.

She dreams of owning her own home, but with housing costs at record highs, that dream will not become a reality, at least not in California.

“Unless you want to pay half a million which I can't at the moment, so that's why I’m moving out," Cha said.

10News asked State Senator Toni Atkins if too many regulations at the state level are contributing to the current housing crisis and what can be done.

“They have a point in terms of regulations,” Atkins said. “Regulations, many of them are local. And they are related to the collecting of development impact fees to support the surrounding development; those are local actions that need to be taken."

Atkins said it has been a long-standing conversation and the legislature has put ideas forward that would reduce red tape.

She also said the state is aware of the pinch to the middle class and is working to make funds available for that type of housing.

The City of San Diego has taken steps to improve building permitting processes under Mayor Kevin Faulconer’s ‘Housing SD’ plan, according to a city news release. Changes include updates to the municipal code to follow state guidelines for parking and permits related to second dwelling construction, and streamlining the environmental review process for qualifying development projects.