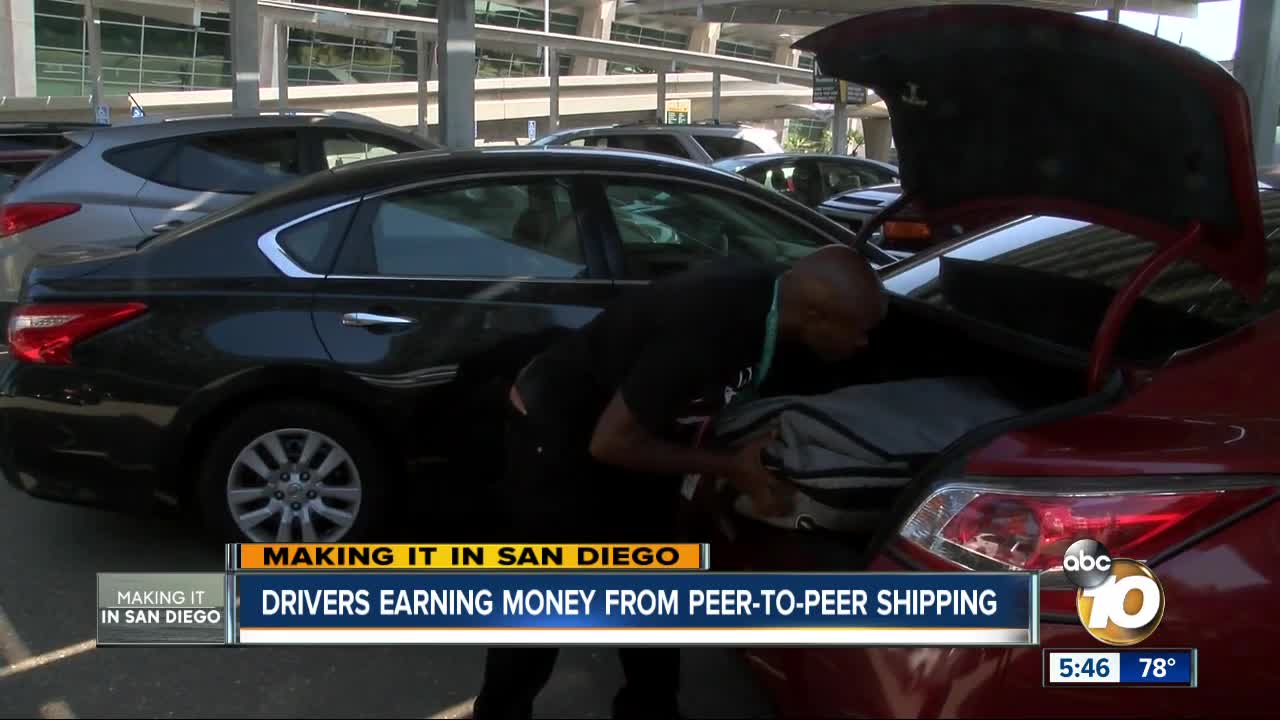 You can earn money as a peer-to-peer shipper. 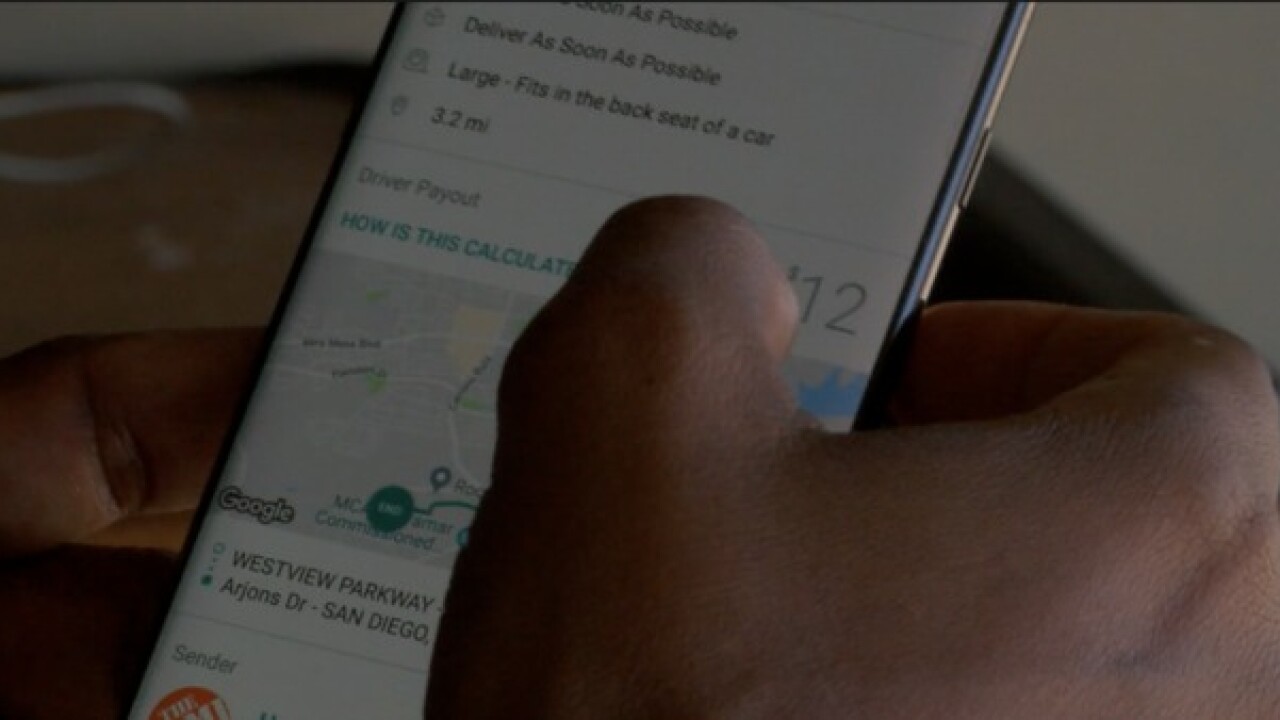 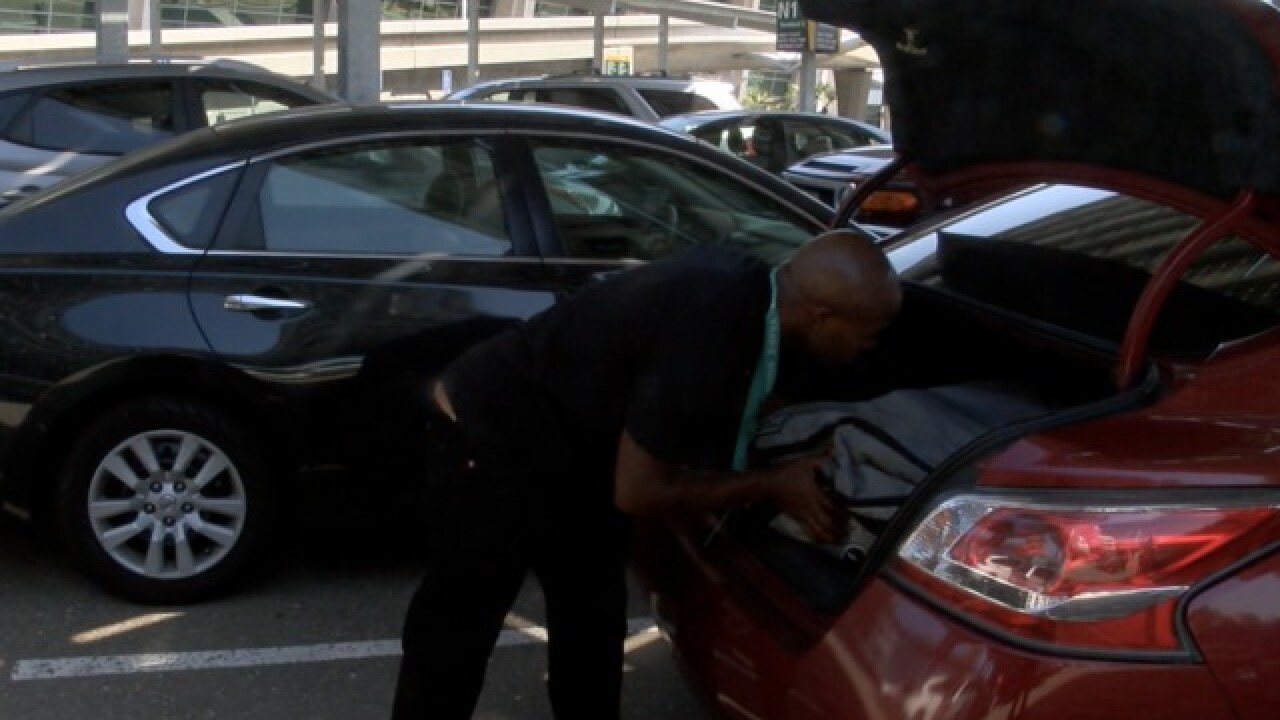 Kuazine King owns his own production company specializing in hip hop.  Business is good, but he still needs to supplement his income.  The problem?

"I'm always on the road.  I have artists ... I need something that gives me ultimate flexibility but also good pay," said King.

Ten months ago, King signed up to drive for Roadie, a peer-to-peer shipping app that launched in San Diego about a year ago.  The Atlanta-based company matches people and businesses with stuff to send, with drivers headed their direction.

On a recent morning, 10News stopped by King's home in Del Cerro and watched as he scrolled through a list of delivery jobs.  After a few seconds, he chose one.  Delta Airlines needed someone to pick up a bag from Lindbergh Field.

10news rode along as he headed to the airport picked up his package from the Delta office.  It was a surfboard, one of two airport pickups he got that morning, both bound for North County.

King says on a given day, he can complete about six deliveries and earn about $150.  He likes the pay and the power over his schedule.

"Uber is flexible, but this is the ultimate flexibility," said King.

"The whole idea is to tap into unused space already on the road to make delivery more efficient, more cost effective, more sustainable and faster than any other delivery method," said Jamie Gottlieb, Content Manager at Roadie.

King says all that adds up to another perk: happy work days.

"I don't think I've ever delivered to a person who hasn't been happy to get their bags.  They're always happy!" said King.