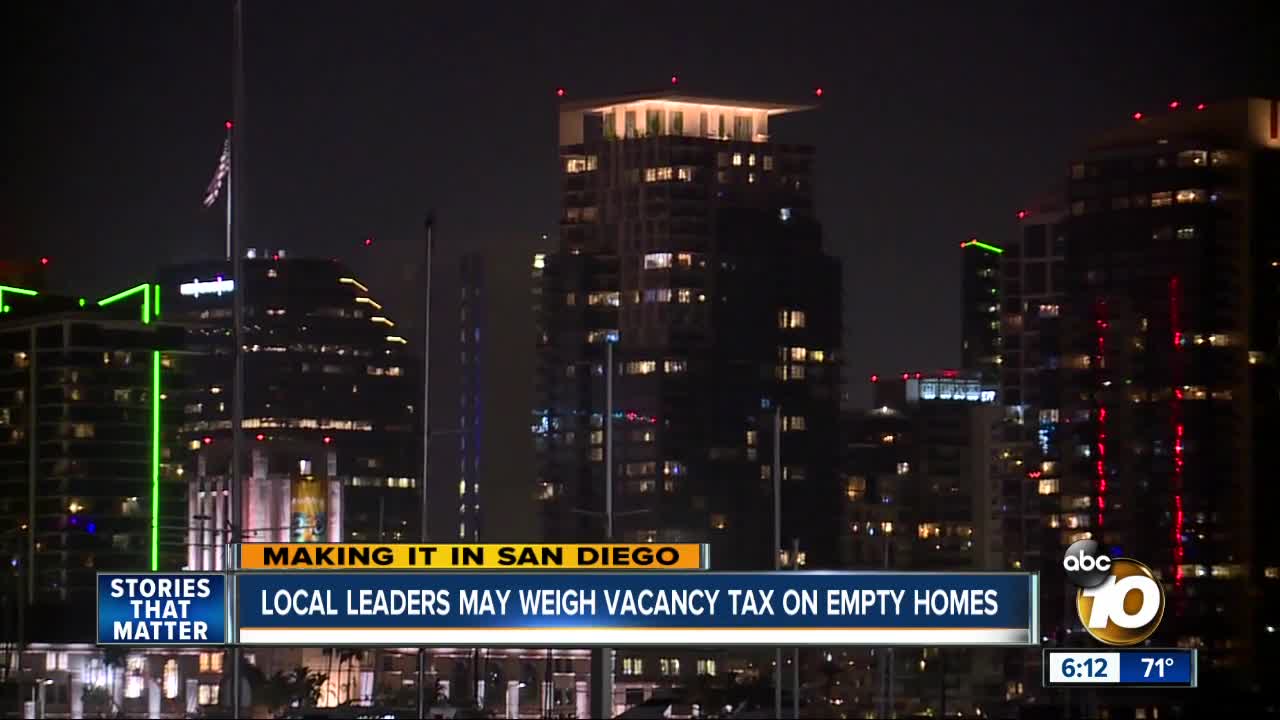 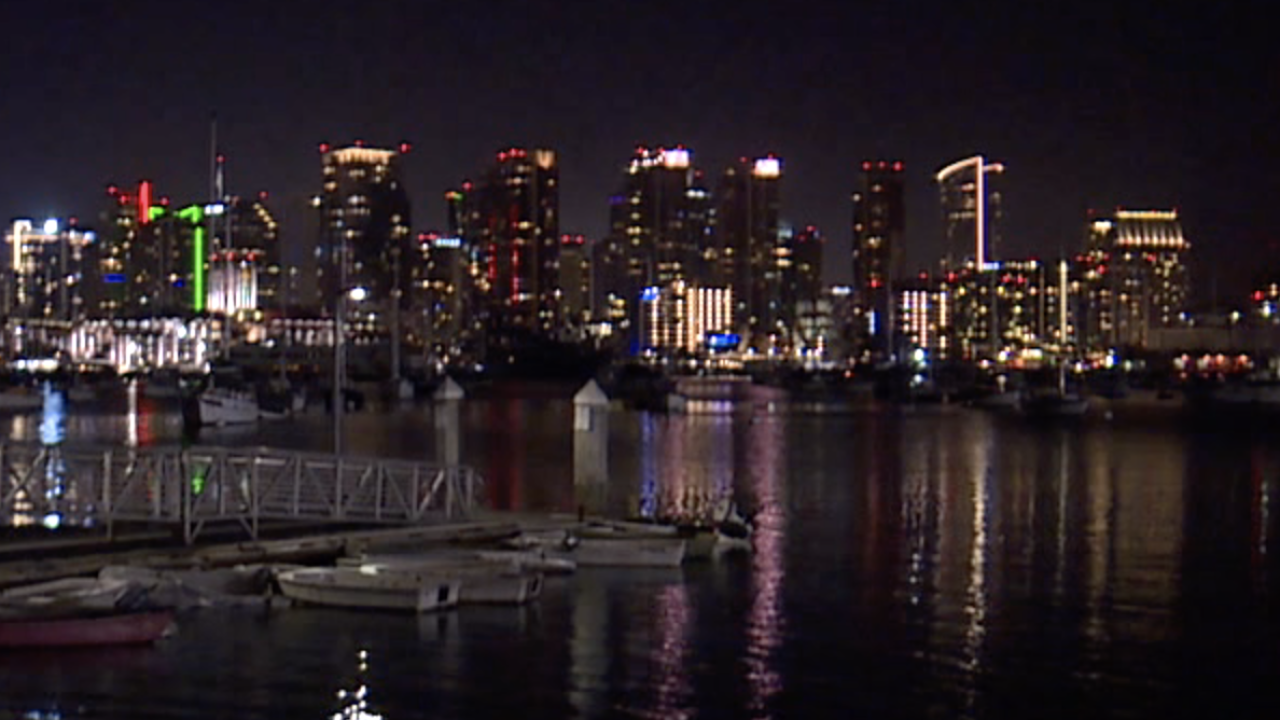 SAN DIEGO (KGTV) - Some local leaders believe a significant number of homes that could help ease the housing shortage are actually vacant, and it may be time to consider a 'vacancy tax.'

On any given night, amid the bright lights of the downtown skyline, are the not-so-bright, 41-story towers of the Harbor Club condominiums. Aaron Howe lives two blocks away.

"Just kind of empty and lonely. You see a few lights, but it's mostly dark," said Howe.

Sources tells 10News, at various times in the past decade, as many as half the units have been vacant, meaning they are not a primary residence. It is sights like those dark units prevalent across the downtown area that have drawn the scrutiny of County Board Supervisor Nathan Fletcher.

RELATED: Making It in San Diego: Here's how much space you can rent for the median income in San Diego

"I'm concerned that you have foreign wealth funds buying floors that are never occupied. I'm concerned you have people making investments in their fourth, fifth and sixth homes. To tackle the housing crisis, you can't just build something you call housing. It has to be something that actually houses people," said Fletcher.

But just how many local homes stand empty? According to the the real estate tracker CoStar, San Diego's vacancy rate is about 4.5 percent. A healthy market is around 7 or 8 percent, but those numbers generally account for apartments, not single family homes and condos.

Months ago, the San Diego Housing Commission directed staff to look into more accurate vacancy numbers, a first step that could lead to the proposal of a vacancy tax, similar to one enacted in Vancouver, British Columbia in 2017.

"Housing prices were going up far faster than local incomes were. There was fear a lot of homes were bought as investments and they were being left empty," said Dan Fumano, a reporter with the Vancouver Sun who has covered the issue extensively.

Vancouver assessed a 1 percent levy on a home's assessed value for homes occupied less than half the year. While some homeowners cried foul, the city pressed on, including audits on homes to confirm they were inhabited. So far, city leaders have called the results of the tax encouraging. In the first year, it generated $38 million in revenues for affordable housing projects.

In the same time period, the number of declared vacant units dropped by 15 percent, welcome news in a tight rental market.

"There have been all these stories of college students living in mansions in expensive neighborhoods ... owners renting out to a group of five students for quite cheap just so the owner can avoid paying the tax," said Fumano.

A similar tax has since been enacted for the entire province of British Columbia.

The San Diego Housing Commission could hire a research group to begin a vacant home study by the end of the year. If city leaders determine a vacancy tax should be proposed, it would go before the voters.

A representative with management company of the Harbor Club declined to comment on the current vacancy numbers.