Angelica's Forecast: Periods of Heavy Rain and Thunderstorms
NewsMaking It In San Diego

American students attend medical school in Mexico to save money 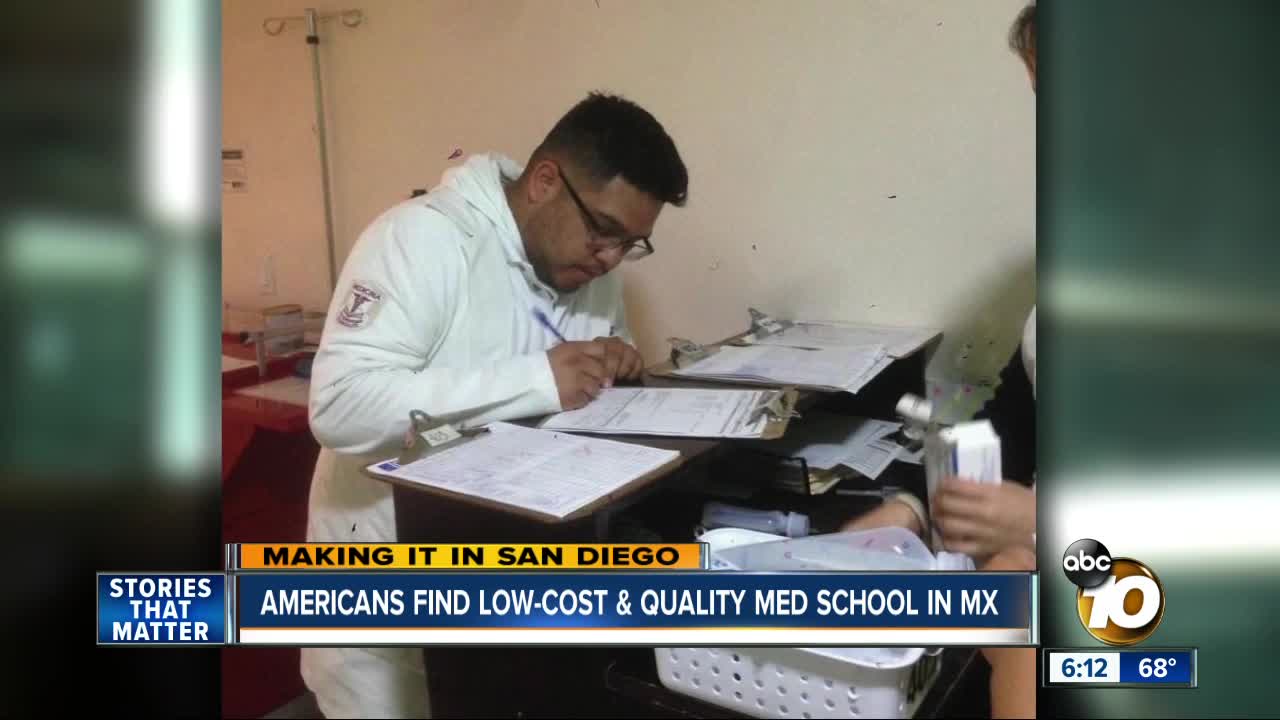 Carlos Rodriguez is a young American man who got his white coat in Tijuana after failing to get into any U.S. medical schools. 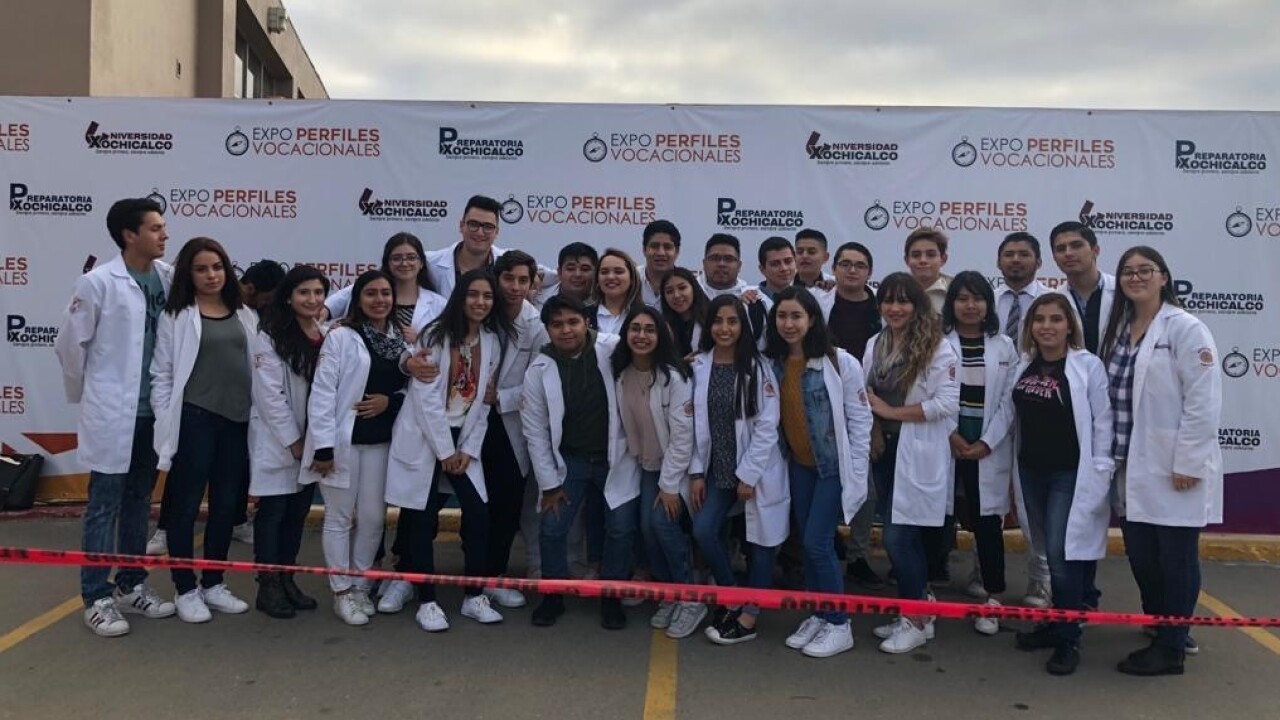 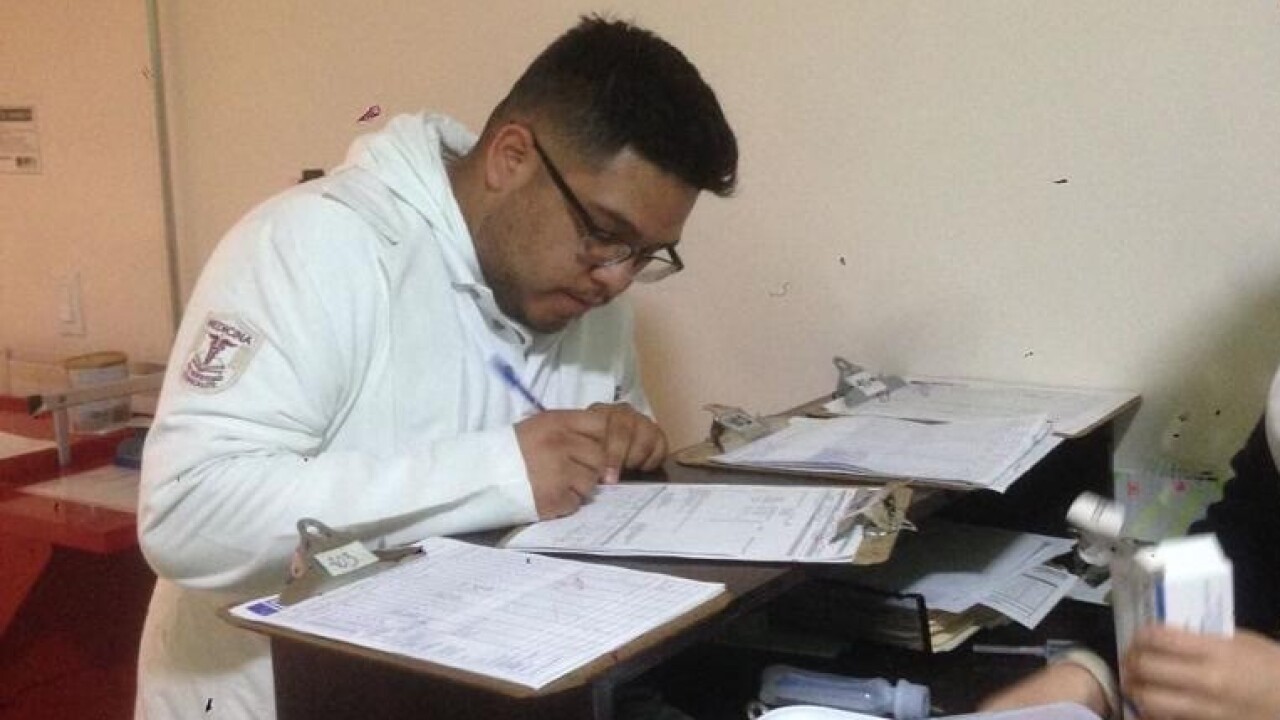 SAN DIEGO (KGTV) – American students who are on a budget are opting to get their medical school education south of the border.

Carlos Rodriguez is a young American man who got his white coat in Tijuana after failing to get into any U.S. medical schools.

"When you receive that rejection letter, you feel like everything you did was for nothing," he says, adding, "When I saw this opportunity to go to Mexico, I took it. I was like, 'This is all [I've] got.'"

According to The Princeton Review, fewer than half of all applicants get accepted to U.S. medical schools. Those who are accepted will pay an average of more than $50,000 a year for private school.

Rodriguez enrolled in a private school in Mexico where he says his tuition is only about $200 per month, and the cost of living is even lower. "My electricity is 20 pesos, which is not even equivalent to a dollar or two," he adds.

"It's going to be a little fraction in comparison to the American tuition fees," says Dr. Eduardo Tanori, a professor at UC San Diego. He helps international medical school graduates prepare for the U.S. board exams. His students come from around the world, including Mexico.

"We have several very good and competitive medical schools in Mexico," he adds.

Making It in San Diego: Renting is cheaper than buying a home, study shows

Dr. Tanori says the cost of medical education in Mexico is low, but the quality is generally high. He tells 10News that his students' passing rate for U.S. licensing exams is more than 90%.

Another benefit to Mexican medical school is the ability to become a bilingual provider, says Rodriguez. "Medical terms in Spanish are probably a letter or two different from English, so it got easier. The more I practiced it, the more I learned it," he adds.

He's now inching closer to fulfilling his dream of becoming a cardiovascular surgeon.