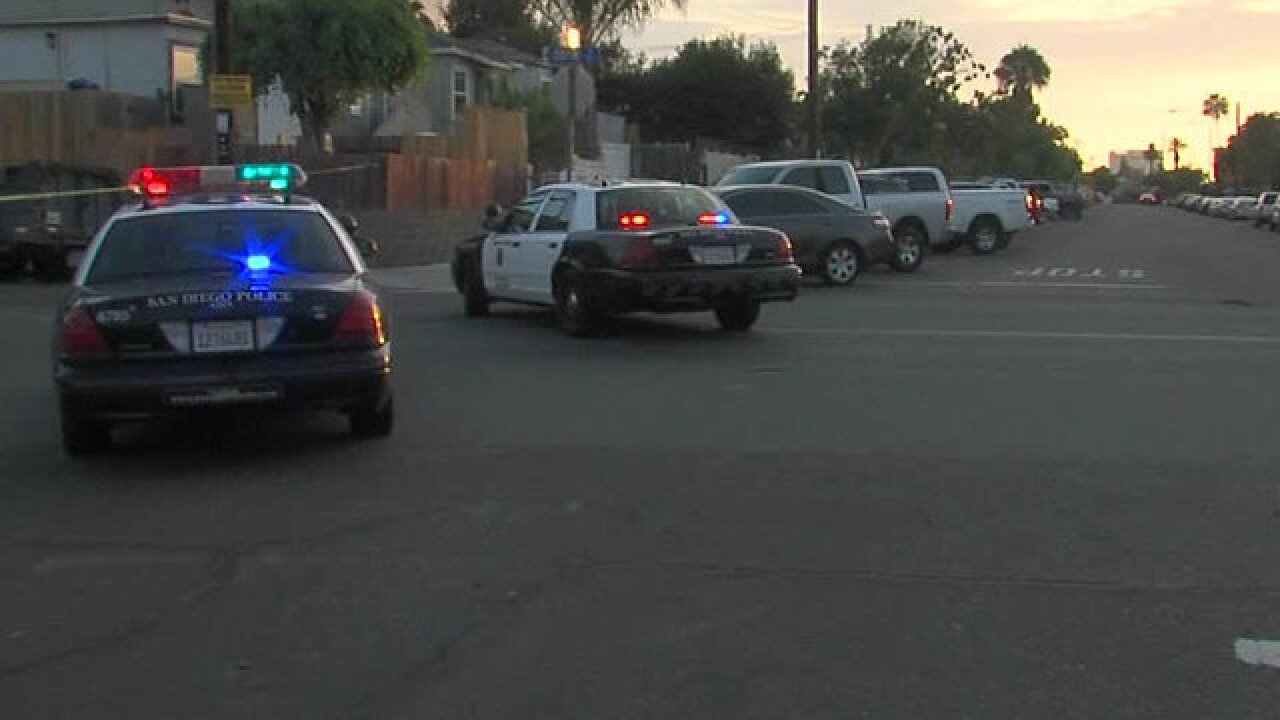 SAN DIEGO (KGTV) - Police are searching for a gunman who left a man wounded Sunday night in the Logan Heights area during an apparent gang-related attack, San Diego police said.

The shooting happened around 5 p.m. on 30th Street near Franklin Avenue, about two blocks from Memorial Park.

According to police, the 32-year-old victim was walking on 30th St. when a silver 2012 Nissan Altima drove up and two men got out of the car. Police said the men “issued a gang challenge” towards the victim, and then a fight ensued.

During the altercation, police said one man inside the car began shooting at the victim, striking him several times in the upper body. The suspected attackers fled the scene.

The victim was transported to the hospital with non-life threatening injuries.