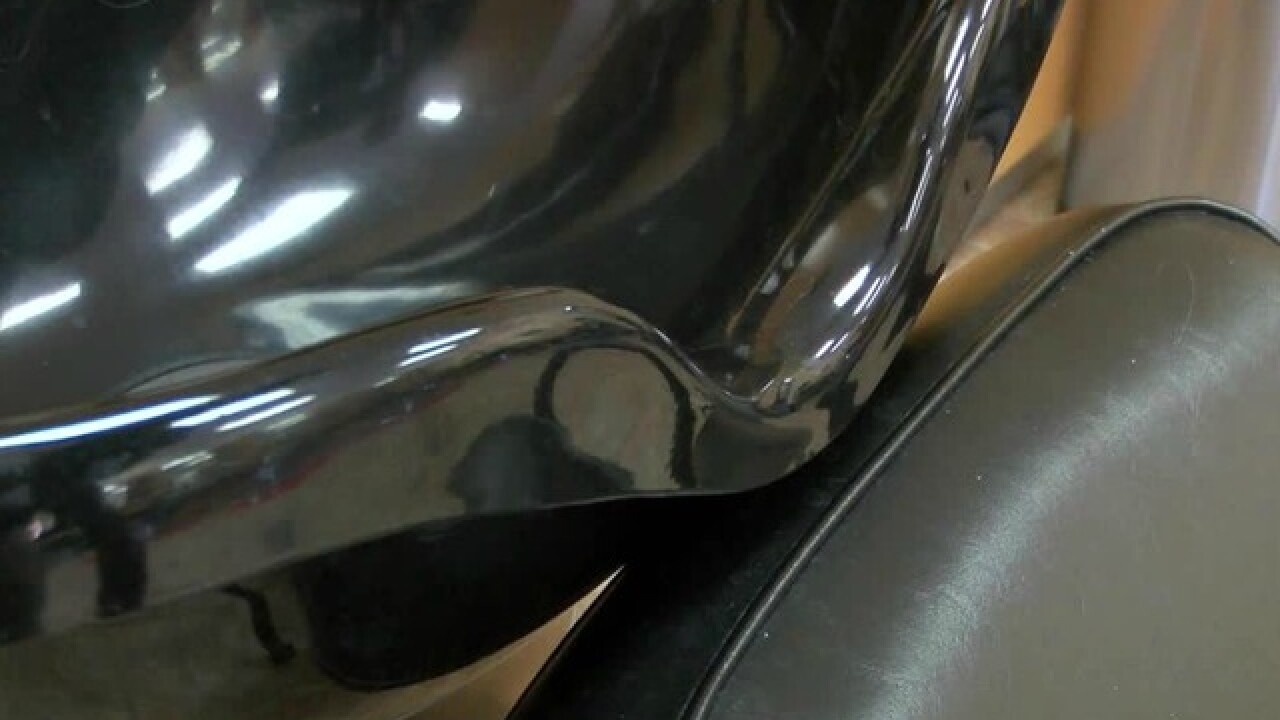 A 4S Ranch woman says a trip to the beauty salon turned into a life-threatening nightmare.

"It's shocking to think such a benign activity can kill you," said Elizabeth Smith.

In December 2013, Smith, 48, went to Blowbunny Salon in 4S Ranch to have her hair styled. She spent about 10 minutes in a shampoo chair.

Eight days later, she felt weakness in her left arm and leg, and several other strange symptoms that quickly disappeared.

"I vomited, my head became hot and I couldn't stand. I had weakness in my arms and legs. They didn't think I was going to live," said Smith, choking back tears.

Smith says she could hardly believe what nearly killed her.

Her doctors pointed to her time in the shampoo chair. Beauty Parlor Stroke Syndrome is what they called it. It's a rare but documented condition.

Multiple doctors who saw Smith say when her neck was bent backwards, it hyperextended, her vertebrae slicing an artery. A clot began forming, later causing a stroke.

"Several of Ms. Smith's neurologists confirmed with her that the stroke was caused by the vertebra dissecting her artery during her hair wash," said Smith's attorney Carree Nahama.

Smith, who racked up $250,000 in medical bills, just filed a lawsuit against the salon.

"We believe the personnel didn't adequately support her neck or adjust the chair properly to compensate for the small frame of our client," said Spencer Busby, another attorney representing Smith.

About two years later, Smith still has strength, balance and vision issues. But her biggest concern is a clot that remains in her brain. Doctors say if it moves, she could die.

"So I do live with that every night. I go to sleep wondering, will I wake up tomorrow?" said Smith.

Smith says she's hoping to create more awareness about the condition and hopes her lawsuit will lead to change in the salon industry.

The salon owner told us she disputes all the claims in the lawsuit.

Doctors say people with arthritis in their neck or people with hardening arteries need to be extra careful at the salon.

They recommend older people with arthritis in their neck not have their hair washed. They say not to lean back more than 15 to 20 degrees or instead have your hair washed face down.

Some major changes are coming after Smith's story aired on 10News and went viral on 10News.com.

At Bellus Academy in Poway, Smith's story sparked a sense of disbelief.

Bellus Academy, a nationally renowned school, is one of the biggest beauty schools in the area.

"This stroke syndrome is definitely not a well-known thing in the industry," said Quick.

Quick said right now, pre-shampoo consultations are encouraged to address any customer needs. If customers have medical issues, the bowl can be tiled to lessen the angle.

The concerns center around older shampoo bowls. Many aren't adjustable, and if that's combined with a chair that can't adjust in height, there could be a problem.

Quick said that should be avoided for anyone with neck issues.

Quick now plans to invest in better neck supports at his school, while including training specific to the Beauty Parlor Stroke Syndrome in the classes.

Experts say if you have neck arthritis or hardened arteries, washing with your face down may be another option.