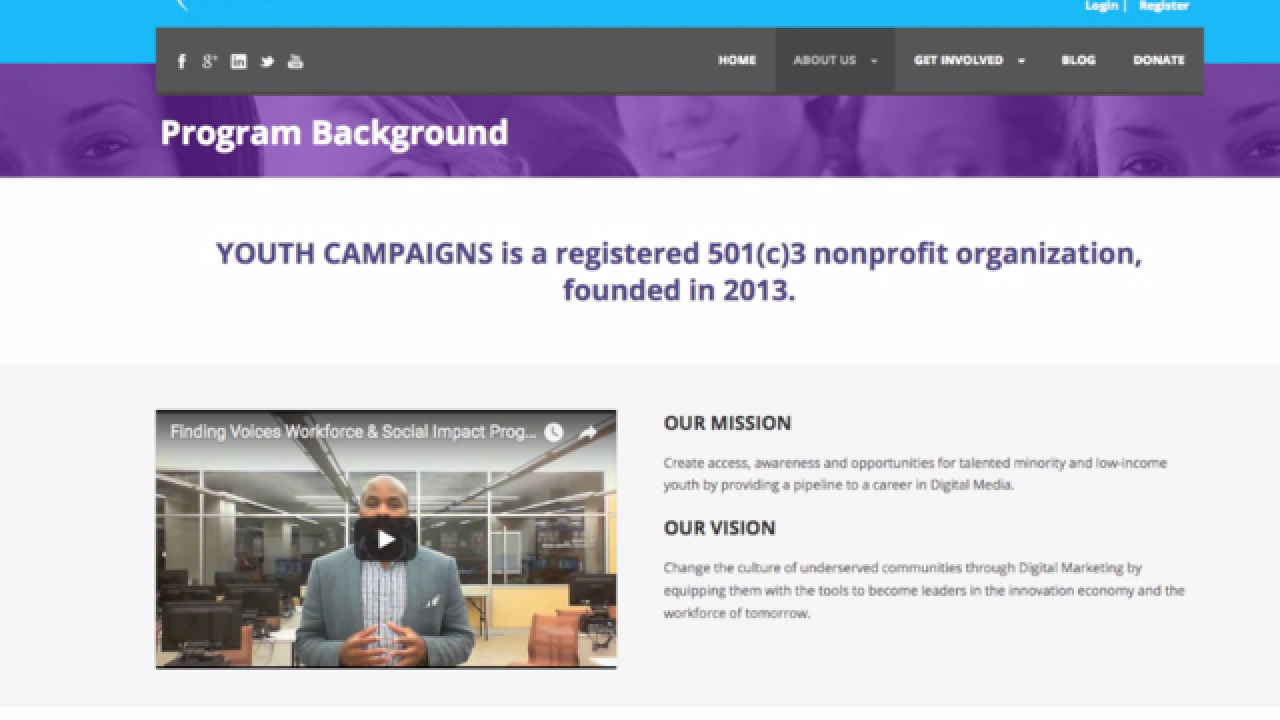 A local nonprofit organization is being questioned over the issue of stipends promised to participants who never received them.

Savannah Cooper applied for an internship through Youth Campaigns. The organization partnered with businesses to provide digital marketing internships for kids in underserved communities. 10News aired a story about the program last November, where we interviewed the founder, Shawn McClondon.

"This is the future, right?" McClondon told 10News last year. He has spent a career in communications and marketing and said he would be teaching students to create content to market on the internet.

The program was supposed to pay a $200 stipend. Cooper, who went through the program earlier this year, said she never received the money. It is money she could have put to good use.

"Pay off storage, get us some groceries, healthy groceries," Cooper said. She said she could have also used the money for school activities or pay for the PSATs or ACTs.

She showed Team 10 emails, where she reached out to McClondon to get information on when she would receive her stipend. Cooper said she never received a clear answer.

"He actually said that the money was... reallocated. To me, it means the money was spent elsewhere," Kay Cooper said.

Team 10 spoke to a couple students who did say they had a great experience and got the money at the end of the program. However, three others said they did not get the full stipend. Two of those students are now in college, but are still hoping they will receive the payment.

"He was supposed to be getting funds from an alternative source, so we were very patient in getting the payment," said Shawnie Lopez, Kiddie Commute co-founder.

Lopez told Team 10 they even gave Youth Campaigns a discounted rate because they were a nonprofit organization. The business filed a small claims case against Youth Campaigns in hopes of recouping some of the money they say was owed to them. At the hearing, nobody from Youth Campaigns showed up. The judge awarded Kiddie Commute near $2,000.

"For us, that money meant a lot especially because we are a start up," Lopez said.

While Youth Campaigns is compliant with federal rules, it is delinquent with the state. In a statement, the California Attorney General's office said that means the organization has not filed the required reports and "it cannot operate or solicit donations."

McClondon agreed to meet Team 10 to share his side of the story.

"I got into this to help young people," McClondon said.

He said they have helped more than 150 kids over the past three years, but admitted they ran into problems recently with funding.

"I miscalculated it baldy and I take responsibility for that," McClondon said.

McClondon said the problem was he never received the grants to keep his efforts going.

"What was important to me was I was providing a skill that right now, is being underrepresented," McClondon said.

He added that his intentions were good from the beginning.

McClondon told Team 10 they are "still committed to paying those payments."

He also plans to get in compliance with state rules, although no timeline was given.